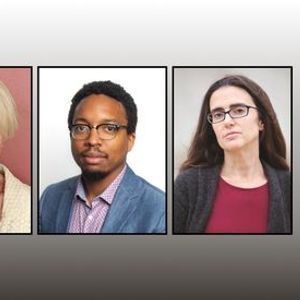 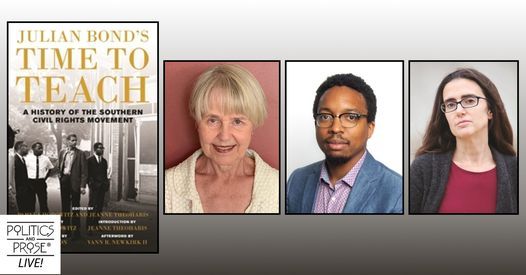 Join us as we celebrate Julian Bond's TIME TO TEACH with Jeanne Theoharis, Pam Horowitz and Vann R. Newkirk II on P&P Live!

A masterclass in the civil rights movement from one of the legendary activists who led it.

Horace Julian Bond (1940-2015) was a leader in the civil rights movement, a politician, professor, writer, and activist. A founding member of the Student Nonviolent Coordinating Committee, he went on to serve as president of the Southern Poverty Law Center from 1971 to 1979. He served ten years in the Georgia House and six terms in the Georgia Senate. From 1998 to 2010, Bond was the board chairman of the NAACP. He taught at several universities, including the University of Virginia, where he spent twenty years as a professor in the history department. He is the author of A Time To Speak, A Time To Act.

Pamela Horowitz (Foreword) was one of the first lawyers hired at the Southern Poverty Law Center. She worked in partnership with her late husband, Julian Bond, in multiple public, private, and academic projects and is involved in several activities honoring his legacy.

Jeanne Theoharis (Introduction) is Distinguished Professor of Political Science at Brooklyn College of the City University of New York. She is the author of The Rebellious Life of Mrs. Rosa Parks (NAACP Image Award winner 2014) and A More Beautiful and Terrible History: The Uses and Misuses of Civil Rights History (Brooklyn Public Library Literary Prize for Nonfiction 2018). Jeanne was Julian Bond's student, teaching assistant, and mentee.

Vann R. Newkirk II (Afterword) has covered the battles for voting rights since the 2013 Shelby County Supreme Court decision, the fate of communities on the front lines of climate change and disasters, the Black vote in the 2018 and 2020 elections, and wrote the September 2019 cover story for the Atlantic on black land loss. He is a staff writer at The Atlantic, where he covers politics and policy.