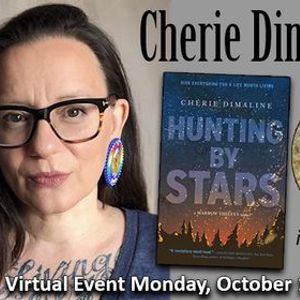 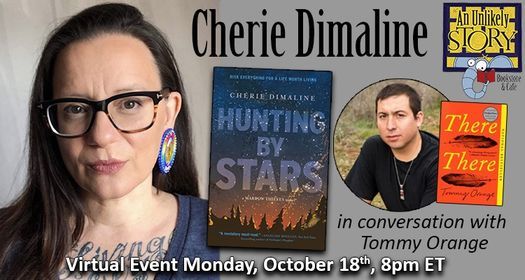 Internationally bestselling author Cherie Dimaline joins us virtually to introduce her thrilling new YA novel, HUNTING BY STARS, the hotly anticipated sequel to THE MARROW THIEVES. Cherie's 2017 book, THE MARROW THIEVES was declared by TIME magazine, one of the Best YA Books of All Time, received multiple starred reviews and awards, including the Governor General’s Literary Award and NPR Book of the Year. HUNTING BY STARS takes place in a dystopian world where the Indigenous people of North America are being hunted for their bone marrow and ability to dream. It’s a smart, provocative YA that tackles big, real-world questions in fantastical—yet all too realistic—ways. Fans of THE MARROW THIEVES will be thrilled to see their favorite characters return, but HUNTING BY STARS is a new story that will captivate fans and new readers alike. Cherie will discuss her new YA novel with Tommy Orange, national bestselling author of THERE, THERE. Save your spot in the free event at anunlikelystory.com/cherie-dimaline

Cherie has kindly signed bookplates and created an enamel pin for everyone purchasing her new book from An Unlikely Story while supplies last.

You may also like the following events from An Unlikely Story:

Tickets for ONLINE: Cherie Dimaline with Tommy Orange can be booked here.

An Unlikely Story
Follow Contact
About The Host: An independent bookstore and cafe in Plainville, MA. Be sure to visit for books, specialty gifts, coffee, treats & much more!
Website Link: http://anunlikelystory.com
Are you the host?
Advertisement
Report a problem ?