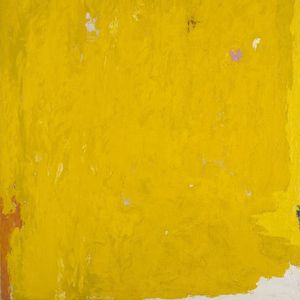 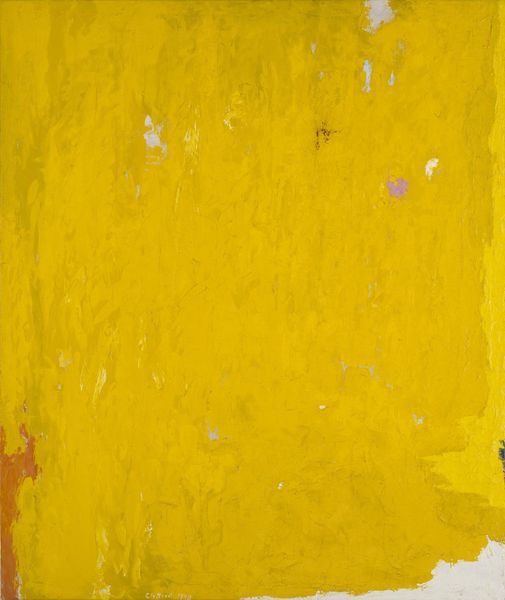 Throughout the run of the Stories We Tell: The Collection Two Ways exhibition, we will discover interpretations of Still’s art with curators. Each of the curators in this series has worked with Clyfford Still’s art at some point in their career.

Join us for a talk with Janet Bishop, the Thomas Weisel Family Chief Curator and Curator of Painting and Sculpture at the San Francisco Museum of Modern Art. Bishop will discuss Clyfford Still’s PH-71, 1948 in relation to artist David Park.

This program will be a Zoom webinar, simulcast to YouTube and you can join us via either platform. Participants’s video and audio will be off throughout the program, but questions and comments are welcome, via the Q&A feature in Zoom, or the comments in YouTube. Register on Zoom: https://clyffordstillmuseum-org.zoom.us/webinar/register/WN_Tl2SalSuR4y6ZB1fFMWkxw or stream on YouTube: https://www.youtube.com/c/clyffordstillmuseum

About Janet Bishop
Janet Bishop is currently the Thomas Weisel Family Chief Curator and Curator of Painting and Sculpture at SFMOMA, a position she assumed in March 2019. In this role, Janet oversees a division of 30 curatorial staff members and represents the museum’s program as part of SFMOMA’s Executive Team.

Some highlights of Janet’s curatorial career include the recent David Park: A Retrospective (2020); Matisse/Diebenkorn (2016-17), co-organized with the Baltimore Museum of Art; and The Steins Collect: Matisse, Picasso, and the Parisian Avant-Garde (2011), which traveled to the Grand Palais in Paris and the Metropolitan Museum of Art in New York. Much of her work has focused on the art and artists within our immediate community, from SFMOMA’s current Bay Area Walls series to the SECA Art Award exhibitions. She is currently at work on a retrospective of the work of Joan Brown.

While SFMOMA underwent expansion construction from 2013 through early 2016, Janet oversaw the Bay Area museum partnerships that were part of SFMOMA On the Go, the museum’s off-site program that included exhibitions at the Asian Art Museum, the Cantor Arts Center, the Contemporary Jewish Museum, the Legion of Honor, the Museum of the African Diaspora, the Oakland Museum of California, and the city of Los Altos.

Janet joined SFMOMA as a curatorial assistant in 1988, and has taken on positions of increasing responsibility ever since. Janet began her museum career during college with an internship at the Herbert F. Johnson Museum of Art at Cornell University. Janet has served on the Johnson’s Museum Advisory Council since 2013 and is a member of FOPAC – its Photography Accessions Committee. She received her BA in art history and psychology from Cornell in 1985 and her MA in art history from Columbia University in 1988.

You may also like the following events from Clyfford Still Museum:

Clyfford Still Museum
Follow Contact
About The Host: This is the official Facebook page of the Clyfford Still Museum, where brilliance meets rebellion and where a life's worth of work meets its final resting place.
Website Link: www.clyffordstillmuseum.org
Are you the host?
Advertisement
Report a problem ?