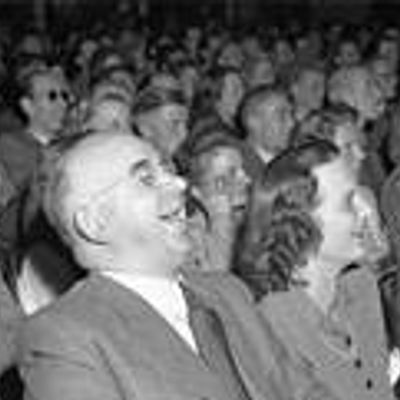 A critical, and serious (though funny) exploration of comedy as an art form

A critical, and serious (though funny) exploration of comedy as an art form.

How Comedy Works gives actors, writers, directors, producers and Crafts Service personnel a close up of comedy’s innards, the idea being that understanding how comedy works will help you work in comedy.

Discover the Rule of 3 (why are things funnier in threes? Really, why? I mean, why?), the calculations involved in timing, (comedy cues, and why withholding them is sometimes the best way to get a laugh) why your body is hilarious (the evil of punchlines and comedy “placebos”) and how the mechanics of jokes – tension and resolution, pattern recognition, misdirection and surprise – provide a template for all humour.

The presentation includes copious comedy clips from TV and movies which show how these principles translate into actual laughter.

The Painful Relationship Between Humour and Horror

Humour and horror seem pretty different; one’s a pie in the face, the other’s an axe in the skull. It’s obvious why watching someone being torn asunder would be horrible but what’s funny about the endless suffering in knockabout physical comedy? Could there be congruencies between funny and fear, snickers and screams, gore and gags, slapstick and slaughter?

Using video clips and examples ranging from Immanuel Kant to The Exorcist this talk proposes – carefully, while remaining alert and well-armed – that these two genres are not mortal enemies.

Silent film comic Buster Keaton is generally recognized as one of most daring, inventive and hilarious comedians ever. Using copious clips, we’ll look at how Keaton’s art springs from the very beginnings of comedy – the mythical Trickster – and how, without dialogue, he employs pretty much every other element of cinema.

Keaton’s physical courage, astonishing conceptual innovations and technical breakthroughs remain unequalled, but maybe the most remarkable aspect of his work is his acting; how the Great Stone Face was able to communicate a panoply of emotions without speaking or even changing expression. His ability to get us to intuit and then feel feelings which are never actually shown is one of the great lessons in screen performance and one reason he became the inspiration for countless contemporary actors and filmmakers, including Jackie Chan, Tom Cruise and Johnny Depp.

The Shame of Satire

Right now may be the Golden Age of satire, but does shaming have any effect? Even many satirists don’t think so, yet push-back’s been harsh, including the Charlie Hebdo massacre in Paris and repression of satirists worldwide, from imprisonment of Chinese bloggers to a comedian on trial in Germany.

Even in England and America satirists are frequently accused of being unacceptably offensive. So how do we decide when satire goes too far?

Most of all, we’ll see how satire gets people to examine their assumptions and presumptions because, ultimately, satire is less about getting you to change your mind than getting you to think.

What They Are Saying

“A sell-out crowd, lots of laughing and learning about why and how comedy works; both grad students and faculty got a lot from the evening.” – Alan Kingsberg, Columbia University

“It takes a serious mind to analyze comedy. It takes a funny mind to appreciate it. David Misch is of two minds.” – Jason Alexander

“Anyone who can engage and hold the attention of my jaded Advanced Screenwriting class knows whereof he speaks. David did for over two hours and left them wanting more.” – Ron Osborn, Art Center College of Design (Pasadena)

David Misch is a comic folksinger, stand-up comedian and screenwriter. His credits include the multiple Emmy nominated Mork & Mindy, the Emmy losing Duckman, the Emmy ignored Police Squad!, the Emmy engorged Saturday Night Live, and the Emmy ineligible The Muppets Take Manhattan. David has written Funny: The Book and A Beginner’s Guide To Corruption. He blogs for The Huffington Post, and his play Occupied is in development at the Skylight Theatre in Los Angeles.

Tickets for [NEW] Filmmaker Intensives: The Art and Craft of Comedy can be booked here.

Raindance Film Festival
Follow Contact
About The Host: Check us out at Raindance.org Founded in 1992, Raindance is the UK's largest independent film festival and also founded the British Independent Film Awards in 1998, and Raindance.tv in 2007.
Website Link: http://www.raindance.org
Are you the host?
Advertisement
Event details from Eventbrite Report a problem ?