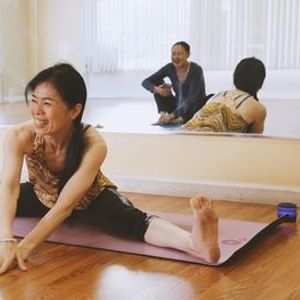 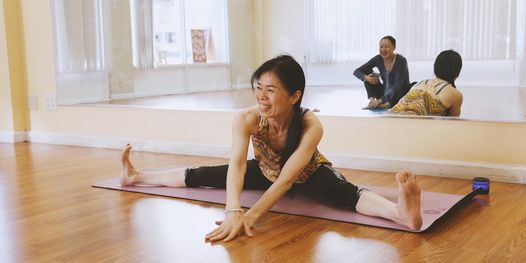 Naoko Kanno goes by her nickname of “Mamo”, is a certified yoga instructor registered with the Yoga Alliance with a RYT200 certification. Mamo is continuing with her studies under Jennifer Prugh at Breathe Together Yoga in Los Gatos and is completing her RYT500 certification training. Mamo teaches Hatha Yoga, Vinyasa slow flow, Yoga for trauma healing, Yin and Restorative Yoga, and Yin/Yang yoga.

Mamo first discovered Yoga in a College education program, through Yoga she was able to add a calming aspect to her life, similar to that she grew up with as a child in Japan, where Nature gave her peace and strength. She traveled to Japan in 2016 where she attended classes in Hatha Yoga, and was granted a Yoga Teaching certification by the Japan Yoga Instructor Association. Upon returning to the U.S., Mamo who is bilingual, Japanese and English, began teaching Yoga out of her home while pursuing her U.S. Teaching Certification. Mamo completed her 200 hour Teacher Training certification from Breathe Together Yoga, studying under Jennifer Prugh, and registered with Yoga Alliance as a RYT-200 Yoga Instructor in May 2017.

Upon receipt of her RYT200 teacher certification, Mamo started Kokoro Yoga: Kokoro is a Japanese word meaning Heart and Kindness. Mamo teaches from the heart, creating a comfortable, welcoming, and kind environment in her classes. She welcomes students of all skill levels to join her by creating a comfortable and kind environment to practice yoga. Mamo has continued with her studies and will complete her RYT500 certification efforts in mid 2018. In addition to her 500 hour certification course work, Mamo has completed several advanced Yoga Immersion training Courses, such as Restorative Immersion, Yin Yoga Immersion-the strength of stillness, Ayurveda Foundations Intensive, Yoga for Trauma recovery, Anatomy Intensive. Her Yoga teaching style has been greatly influenced by her instructors and the training she has received at Breathe Together Yoga, also by Anuja at Almaden Yoga in Blossom Hill, where she attended yoga class at very beginning of her yoga practice in CA. Mamo feels that her Yoga Teaching has also been greatly influenced by her personal life experiences and her experience in Japan in a Non-Profit Organization GOBAMCAN which helped individuals, Adults and Children, recover from and deal with emotional and personal Trauma.

Mamo’s teaching style is to focus on breathing and sound basic yoga principles while having a relaxing yet fun experience. She believes that her breath tells everything about her. She also enjoys working privately with individual students and small groups, where she can establish a bond with individuals. She is also skilled in leading large groups of individuals and always endeavors to insure that every participant is involved, regardless of their skill level. In her classes, she routinely will present breathing techniques and variations on postures so that depending on their skill level, students can be more ease and enjoy their class.

Mamo was trained and worked in Japan for over 20 years as a Nurse, she routinely utilizes her knowledge and experience as a nurse in her teaching of yoga, and when she works with individuals, especially those dealing with or recovering from injuries. Her teaching style, with a strong emphasis on the breathing techniques, is to make Yoga challenging while keeping it enjoyable and light hearted with varied sequencing and postures. Mamo hopes to share with her students how through yoga they can discover the healing and energy within themselves and how to open their hearts and minds to give themselves strength and calmness as humans living in harmony with nature and their environment.

You may also like the following events from Jiaren Yoga Studio:

Also check out other Health & Wellness Events in Online, Workshops in Online.
Search by related topics in Online
relaxation online yoga ayurveda
Share With Your Friends 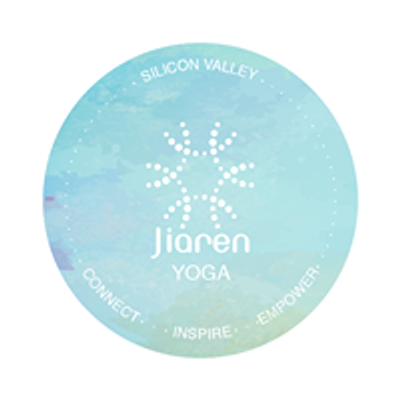 Jiaren Yoga Studio
Follow Contact
About The Host: Jiaren Yoga is a non profit yoga studio in Santa Clara, CA. We focus on empowering women and promoting wellbeing. #jiarenyoga Give us a call at 408 657 3264 to schedule your first class!
Website Link: http://jiarenyogastudio.com/
Advertisement
Report a problem ?