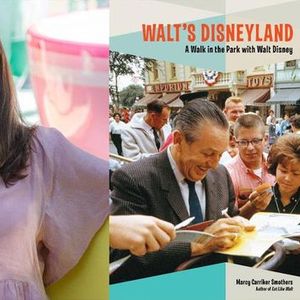 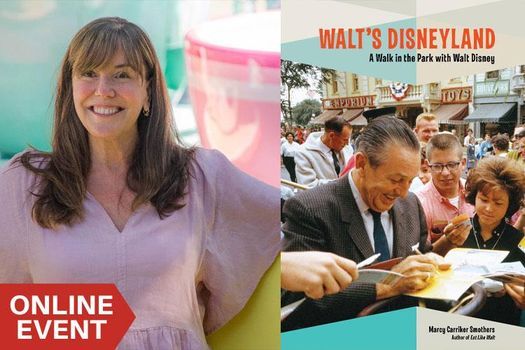 A immersive guide to the attractions and landmarks Walt helped create in his original Magic Kingdom!

A must-have to add to your Disney Parks collection!

Author: Marcy Carriker Smothers is the author of the fan favorite Eat Like Walt: The Wonderful World of Disney Food, a New York Times New & Noteworthy selection in 2018. Her love of all things Disney, especially Disneyland, inspired her to delve into Walt Disney's world of food. A noted radio personality, she hosted several programs, including The Food Guy and Marcy Show with the Food Network's Guy Fieri. Marcy's next book for Disney—and her passion project—is Walt's Disneyland: A Walk in the Park with Walt Disney.

You may also like the following events from Copperfield's Books:

Tickets for MARCY CARRIKER SMOTHERS -- ONLINE can be booked here.