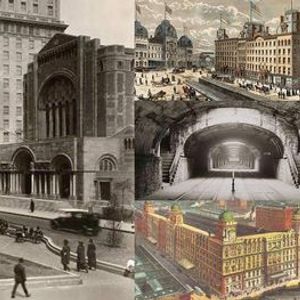 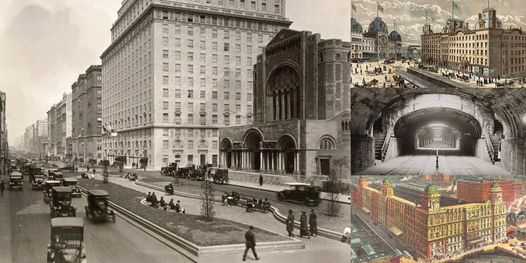 
While the development of Park Avenue both above and below 59th Street has been shaped by the railroad tracks running underneath the roadway, it's the segment below 59th Street that has had the more varied, interesting past. That's because in the 20th century, it underwent two major redevelopments: first, as Terminal City, an elegant series of prewar apartment buildings around a landscaped median that put the “Park” in Park Avenue — and second, as the home for corporate headquarters built in the postwar international style. This is the story of Lower Park Avenue and what still remains.

Join New York Adventure Club as we trace the development of Park Avenue between 17th and 59th streets as it evolved from a nondescript Fourth Avenue to one of the most famous boulevards in the world.

Led by author and lawyer Bob Pigott, our virtual experience surrounding Lower Park Avenue will include:

- How Park Avenue was shaped by Commodore Vanderbilt in the 1800s through his decisions to build train depots and sink sections of the tracks
- The era of Park Avenue as a 19th century manufacturing hub , for products ranging from Steinway Pianos to Schaefer Beer
- The origin story of Fourth Avenue becoming Park Avenue above Union Square, and where the "Park" of Park Avenue came from
-The short life of residential apartments as part of Terminal City , a proposed urban development plan featuring elegant prewar building that lasted barely two generations
-How Park Avenue served as the backyard to major NYC institutions and venues , including Columbia University and Madison Square Garden
- Tales of scandal and savagery along the stretch , such as the murder of Andrew Haswell Green, the Father of Consolidated New York City, which was carried out on the steps of his row house at 91 Park Avenue
- Remnants of old Lower Park Avenue hiding in plain sight

Afterward, we'll have a Q&A with Robert — any and all questions about Lower Park Avenue are welcomed and encouraged!
Can't make it live? Don't worry, you'll have access to the full replay for one week !
See you there, virtually!


About Robert
Robert Pigott has been practicing law in New York City for over 30 years, and, though he began walking at an unremarkable age, has been exploring its streets for over 50 years. A specialist in nonprofit law, he has worked in private practice and the New York Attorney General’s Charities Bureau, and he is now the general counsel of a 100-year-old New York City nonprofit organization. He went to elementary and junior high schools in Queens, to high school on East 15th Street and to law school on West 116th Street. He lives in Manhattan, one block from where he was born, with his wife and two children.
Robert Pigott is the author of New York’s Legal Landmarks , which chronicles New York City's courthouses from past and present.