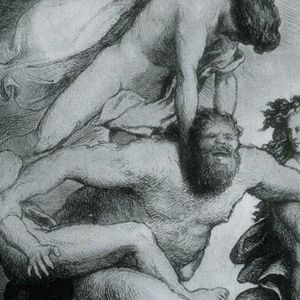 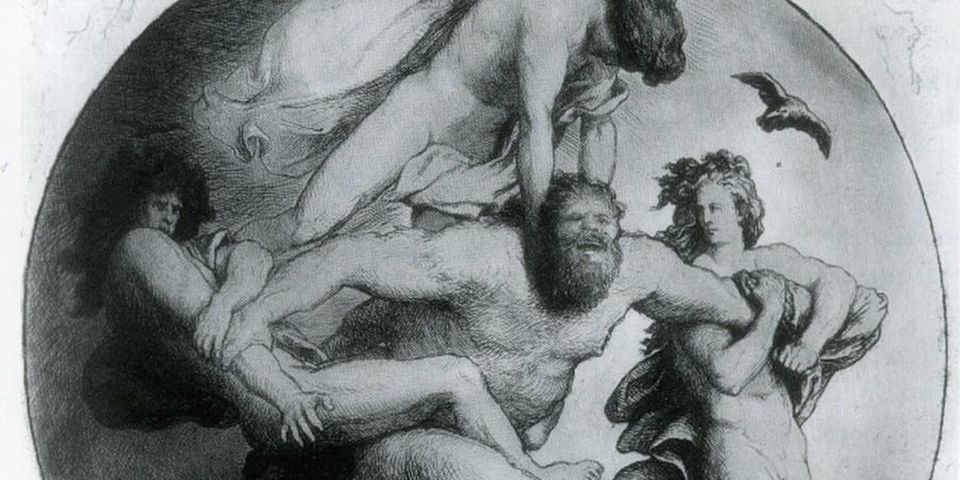 In Old Norse mythology, the giants – or jǫtnar, as they usually are referred to in the sources – are the fearsome enemies and opponents of the gods. The world itself is created from the body of a primordial giant by Óðinn and his brothers. The most renowned gods, Þórr and Óðinn, continuously seek out giants and challenge them for fame in battle or knowledge; the gods also begot children with giant women while hindering the giant from marrying the goddesses. Some giants lived among the gods and others could invite them to their halls for feasts. Loki, who lived among the gods, was said to be a half giant. He was a trickster in the mythological sources, sometimes aiding the gods, sometimes hindering or even causing them harm. At the cosmic events known as Ragnarǫk, the giants, together with Loki, will marsh against the gods for a final battle that will lead to the destruction of the world. Giants are everywhere in the Old Norse mythology and the concept of giants is multifaceted, they are simply not just chaotic beings. Giants also appear in the Old English poem Beowulf. The first half of the poem describes how the hero Beowulf travels to Denmark and fights against Grendel, a monster defined as a þyrs, an Old English word that is similar to Old Norse þurs, one of many words for giants. Beowulf later kills Grendel’s mother with a sword forged by giants. We can safely say that giants are everywhere in the myths and legends of the north. This is also the case in the younger folklore material were giants are described as ancient and enemies of the church, they are creators of the landscape and live in mountains or in the deep forests of Scandinavia. Most of them are considered extinct, but a few lingered on and could even breed children with humans, children known for their strength and character. In this lecture, I will present different perspectives on giants, moving from Old Norse mythology to younger folklore accounts, and discuss similarities and differences. I will also show examples of traces of giants in archaeology, rune carvings and architecture.

Tickets for Giants in Scandinavian mythology and folklore - Dr Tommy Kuusela can be booked here.