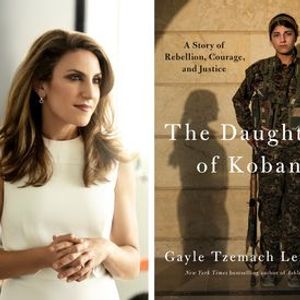 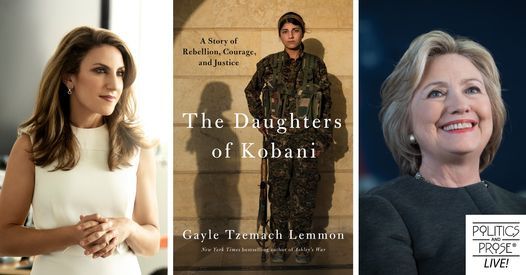 Based on years of on-the-ground reporting, The Daughters of Kobani is the unforgettable story of the women of the Kurdish militia that improbably became part of the world's best hope for stopping ISIS in Syria. Drawing from hundreds of hours of interviews, bestselling author Gayle Tzemach Lemmon introduces us to the women fighting on the front lines, determined to not only extinguish the terror of ISIS but also prove that women could lead in war and must enjoy equal rights come the peace. In helping to cement the territorial defeat of ISIS, whose savagery toward women astounded the world, these women played a central role in neutralizing the threat the group posed worldwide. In the process they earned the respect--and significant military support--of U.S. Special Operations Forces.

Gayle Tzemach Lemmon is the author of the New York Times bestsellers Ashley’s War and The Dressmaker of Khair Khana and an adjunct senior fellow at the Council on Foreign Relations. She regularly appears on CNN, PBS, MSNBC, and NPR, and she has spoken on national security topics at the Aspen Security Forum, Clinton Global Initiative, and TED. A graduate of Harvard Business School, she serves on the board of Mercy Corps and is a member of the Bretton Woods Committee.

Lemmon will be in conversation with former first lady, U.S. senator, and Secretary of State Hillary Rodham Clinton, the co-author, most recently, of The Book of Gutsy Women, with her daughter Chelsea Clinton.