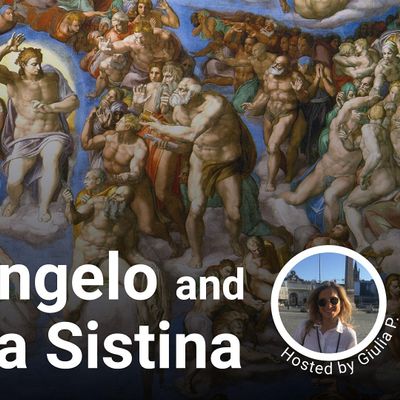 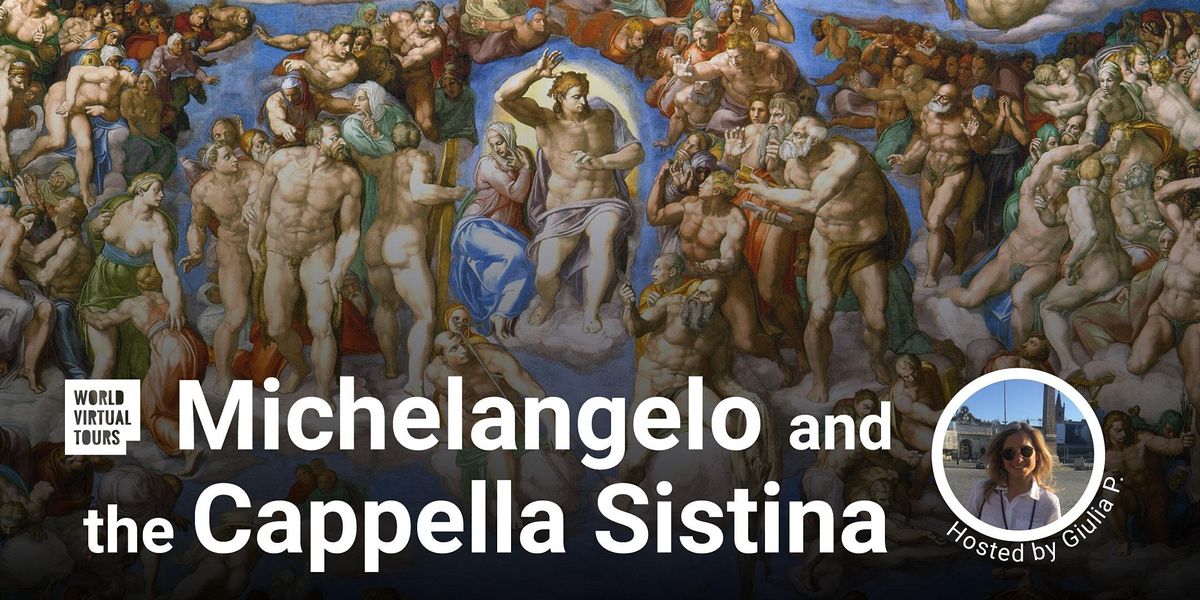 Discover the passion, the secrets and the work behind the masterpiece from the Genius of Italian Renaissance Michelangelo.

We suggest you add the event to your calendar to avoid time zone issues.

Get the Fascinating Full Story of the Sistine Chapel: built as the Pope’s private chapel on the orders of Sixtus IV in the 15th century, The Sistine Chapel is also where the cardinals of the church gather in absolute secrecy during papal conclaves to elect their latest leader. They do it under the breathtaking frescos on the ceiling painted by Michelangelo between 1508-1512 at the behest of Pope Julius II. Theirs was a very stormy relationship you will learn about!

Discover what the Sistine Chapel was Like Before Michelangelo: Michelangelo wasn't the only great artist to have left his mark in the Sistine Chapel. Botticelli, Perugino, Rosselli and Ghirlandaio had already depicted the lives of Moses and Jesus Christ on the side walls hiding a propagandistic message in the scheme.

Unravel the Symbolism of Michelangelo’s Extraordinary Ceiling: on this immersive experience you'll learn the story of how and why the sculptor Michelangelo was reluctant to take on the job of frescoing the Pope’s ceiling and you will gaze on the 343 figures over the 12,000 square feet of the Chapel’s immense artwork: Hebrew prophets, pagan sibyls and athletic male nudes flanking the entire span of the Old Testament Book of Genesis in 9 panels, from God’s primordial Separation of Light and Darkness up to the near-total destruction of the world in the Great Flood and the salvation of Noah’s Ark.

Gaze on the Majesty of Michelangelo’s Last Judgement: 30 years later after he had finished the ceiling, Michelangelo returned to the Sistine Chapel to take on an equally challenging commission: the herculean and terrifying Last Judgement fresco.

Let’s face together all the crazy issues Michelangelo had to face alone to do the two artworks and why not.. let’s also discover the pokes and secret messages hidden in the chapel he left us.

PLEASE NOTE: since is a Free Event with high demand, if you don’t connect on first 10 mins from tour start, we reserve the rights to assign your reserved seat to someone else

Attendance is FREE, but TIPS are appreciated

If you want you can TIP the guide here:

You may also like the following events from World Virtual Tours:

Follow Contact
About The Host: With World Virtual Tours you can visit beauties of the Ancient World with the aid of modern technologies and live narration of Archeologists and Licensed guides, interact and ask questions, without leaving home!
Website Link: https://worldvirtualtours.online/
Are you the host?
Advertisement
Event details from Eventbrite Report a problem ?