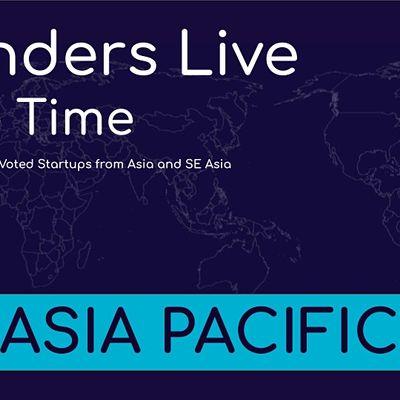 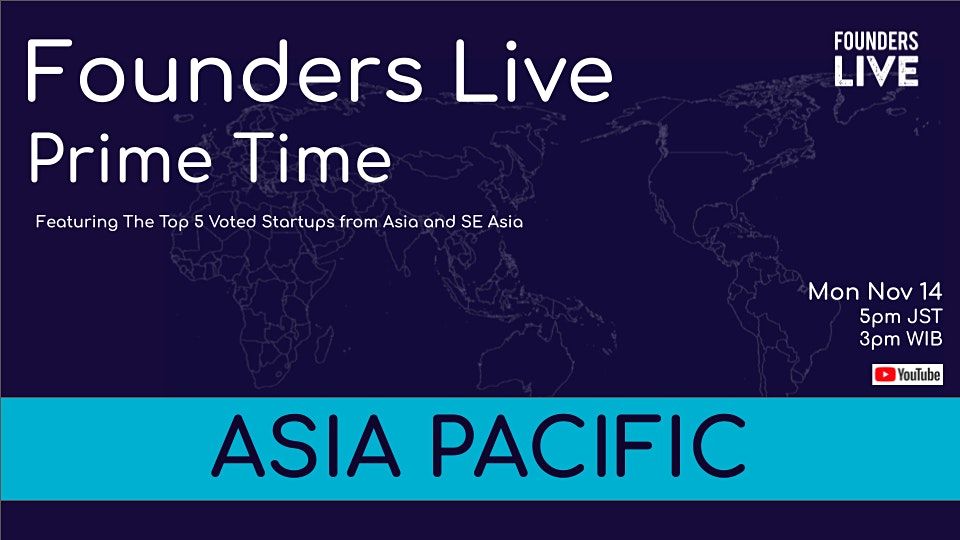 A global competition to uncover the most promising and talented startup founders around the world.

Join thousands from around the world in this one of a kind creative entrepreneurial celebration!

Five startups from our cities in the Asia and APAC Region will compete in this livestreamed 99-second pitch competition and the winner will be selected by you the audience via your votes to go on to a Global Finals competition at Founders Livefest on Nov 30th!

Founders Live Prime Time is a continent based competition of the top 25 global startups out of the Founders Live ecosystem, which currently spans 100 cities and 25+ countries. The ongoing winners from our city level livestreamed events are currently in qualification for the Prime Time events this fall. Think of it as a Shark Tank meets American Idol, but broken up into 5 regions of the world - North America, Latin America, Asia, Africa, and a Wild Card Week. Who's going to advance?! It's up to you.

Founders Live is an unforgettable happy hour competition sweeping the globe where up to five handpicked companies take the hot seat, with only 99 seconds to pitch their company and describe their value proposition in front of an eager audience. After the pitches and audience Q&A, the crowd will vote on a winner who will not only receive an award, but recognition from the crowd and also the opportunity to talk more about their product or service. So bring your friends and coworkers, grab some food and drink, get to know your local entrepreneurs and vote for what you think will be the next big thing... built in APAC.

Join In All The Events 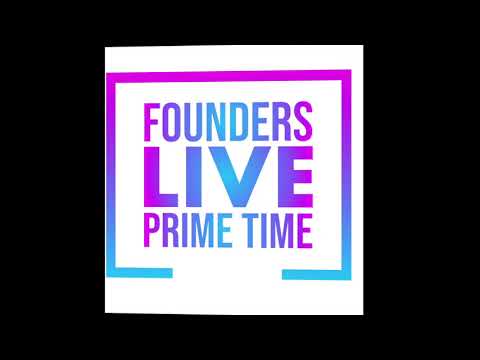 You may also like the following events from Founders Live:

Also check out other Business Events in Online.
Tickets

Follow Contact
About The Host: Founders Live is a community and media channel created to inspire, educate and entertain entrepreneurs around the world.
Website Link: https://founderslive.mn.co/
Are you the host?
Advertisement
Event details from Eventbrite Report a problem ?