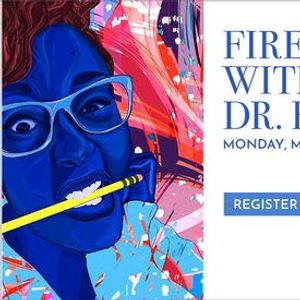 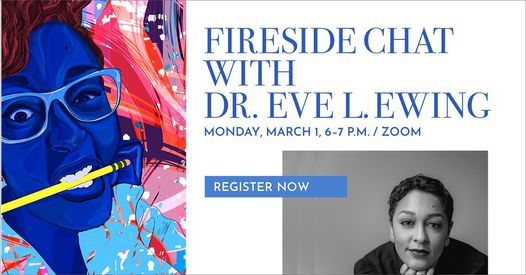 Join us as we celebrate the spirit of World Social Justice Day with Dr. Eve L. Ewing, award-winning author, poet, and assistant professor at the University of Chicago, as she shares perspectives on her work and the world in 2021.

As a sociologist of education, Ewing's research is focuses on racism, social inequality, and urban policy, and the impact of these forces on American public schools and the lives of young people. Chicago Tribune has decsribed her as "A truly rare cultural phenomenon: An artists who not only holds up a mirror to society, but makes herself a catalyst to change it."

Dr. Ewing’s most recent work, 1919, is a unique collection of poems exploring the story of the Chicago Race Riots of 1919, an event largely neglected in modern discourse. Her first book of poems, Electric Arches, is an imaginative exploration of black girlhood and womanhood through poetry, visual art, and narrative prose, and was awarded the 2018 American Library Association Alex Award, among others. She is also the author of the 2018 nonfiction work, Ghosts in the Schoolyard: Racism and School Closings on Chicago’s South Side, which examines the 2013 wave of targeted school closing in Chicago’s predominantly low-income and African-American south side neighborhoods, resulting in severe educational inequity and a disproportionate lack of resources. She is currently continuing to write the Champions series for Marvel Comics and working on her next book, Original Sins: The (Mis)education of Black and Native Children and the Construction of American Racism.

Reporter and author Natalie Moore returns to join Dr. Ewing in conversation. Moore covers segregation and inequality for Chicago’s WBEZ. Her enterprise reporting has tackled race, housing, economic development, food injustice and violence. Moore’s work has been broadcast on the BBC, Marketplace and NPR’s Morning Edition, All Things Considered and Weekend Edition. She is the author of The South Side: A Portrait of Chicago and American Segregation, winner of the 2016 Chicago Review of Books award for nonfiction. She is also co-author of The Almighty Black P Stone Nation: The Rise, Fall and Resurgence of an American Gang and Deconstructing Tyrone: A New Look at Black Masculinity in the Hip-Hop Generation.

You may also like the following events from Arlington Heights Memorial Library: 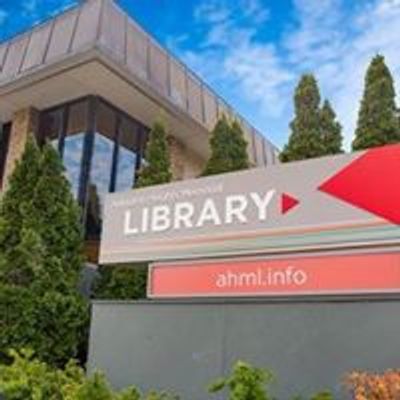 Arlington Heights Memorial Library
Follow Contact
About The Host: Your public library - where the community comes together. Arlington Heights, Illinois.
Website Link: http://www.ahml.info http://twitter.com/ahml
Are you the host?
Advertisement
Report a problem ?