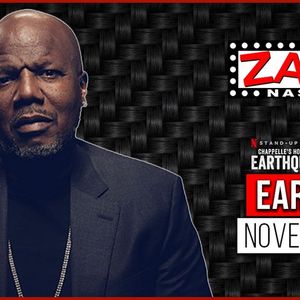 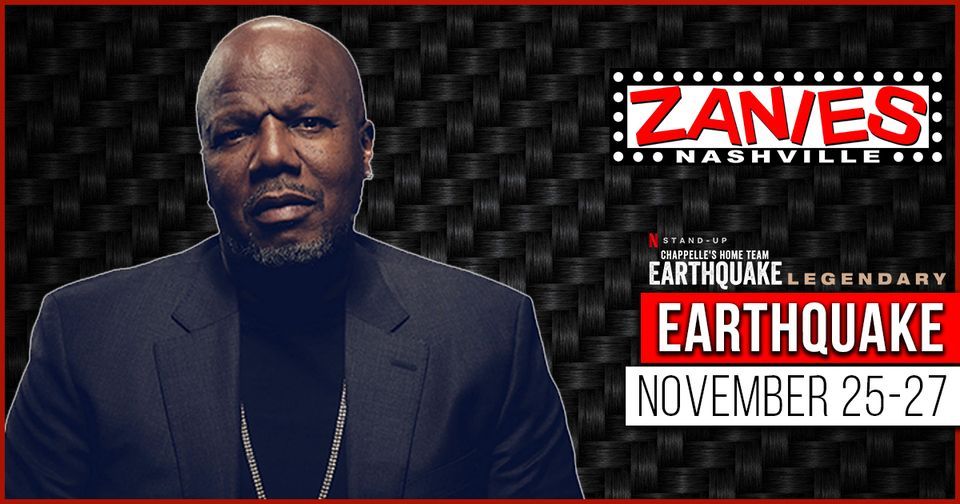 Washington D.C.'s own comedian Earthquake born Nathaniel Stroman has carved quite a unique audience for himself. He's captured the attention of popular media icons Howard Stern and Bill Maher, he's maintained his moniker as the 'comedian's favorite comedian,' and he's reigned an all time comic favorite shaking up audiences with his high brow common sense rhetoric as one of the most sought after comedians on the national entertainment circuit...hence appropriately named, Earthquake.

'This has to work, ain't no plan B,' bellows 'Quake' in his branded language. The former enlisted sergeant for the U.S. Air Force and father of three, never had a plan prior to this. In fact, this may not have even been a plan in the first place. 'I had no epiphany of one day following in Pryor's or any one else's footsteps. I just found my comfort zone at being me, and this is the result,' explained Earthquake. And what a result it has been. After becoming a formidable talent of the mid 90's explosion of televised urban comedy in the form of BET's ComicView and HBO's Def Comedy Jam, Quake set up shop in New Aged Black Hollywood known as Atlanta and held down the host spot as proprietor of Uptown Comedy Corner. This infamous stage propelled him to national star status playing sold out rooms making the most of the would be historical moment of urban comedy's peak in mainstream media.

Soon the doors of urban comedy would open for television audiences to catch glimpses of the best within this genre. With this, Quake would secure a spot in 2002 on Comedy Central's Premium Blend as well as a guest appearance on Mad TV. In 2003 his audience would see him set precedence as the first comic to command a standing ovation on the critically acclaimed, HBO's Real Time with Bil Maher. He also shot Comedy Central Presents: EARTHQUAKE! In this same year and in February 2005 he starred in Jamie Foxx's Comedy Central special Laffapalooza! Hailing Earthquake as an all-time favorite. Earthquake would join HBO and sign on to develop and shoot the coveted half hour comedy series special One Night Stand in August 2005 for which he would receive rave reviews. He'd seemingly be in a love affair with Comedy Central as he would make two memorable appearances on Comedy Central's Weekend at D.L.'s adding to a string of indelible appearances on the Viacom network.

Audience's finally got their comic thirsts quenched with Quake's 2005 DVD release, About Got Damm Time an aptly titled performance film marking the crowning moment in which Earthquake would solely take the stage as an ode to his loyal fans. From 2006 to present, Earthquake's television presence would grow more significant and spill onto the big screen. He would set a-blaze in 2006 with the first of two unforgettable visits with Howard Stern on Howard TV all while preparing for his major motion picture appearance in Kevin Smith's cult classic sequel Clerk's II in which he would star opposite Wanda Sykes. He would continue on the big screen lending his voice to the much beloved animated film, Barnyard as Root the Rooster. During this same year, he would seize the recurring role of Uncle Mike on the CW network's Everybody Hates Chris.

You may also like the following events from MUSIC GROUP USA: