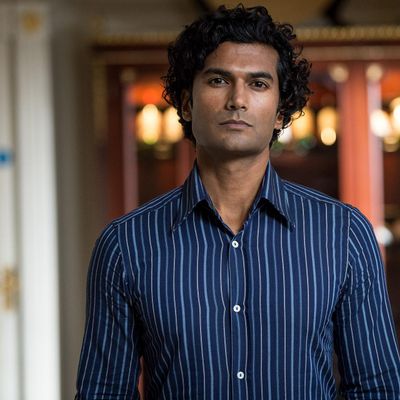 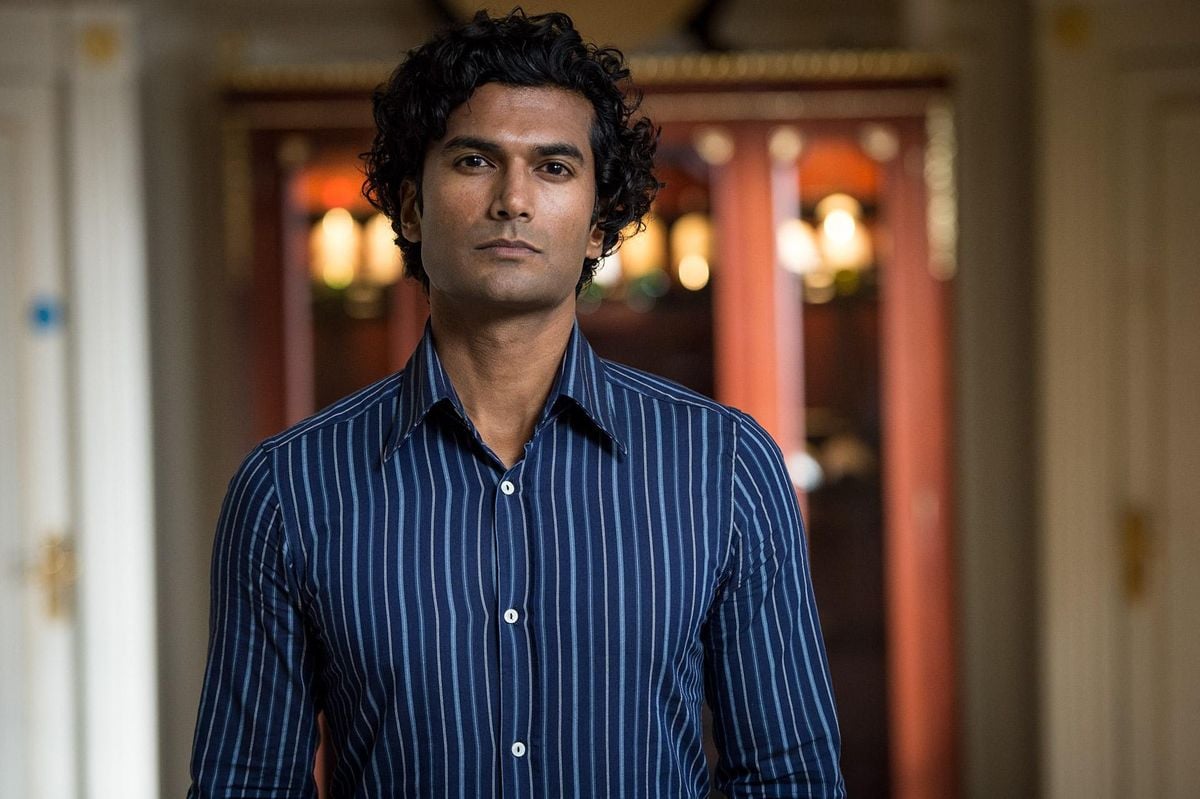 This event will feature artists from all of our spring programming. Sendhil Ramamurthy will interview the playwrights and directors!

Colt Coeur will kick-off its spring season on Saturday, April 17th at 8pm ET with a free virtual celebration hosted by CoCo Board member Sendhil Ramamurthy (Hatef**k, “Never Have I Ever”) and Artistic Director Adrienne Campbell-Holt, and featuring artists from all of the spring programming. Ramamurthy and Campbell-Holt will interview the playwrights and directors about their projects and processes and casting will be announced for the first of the 3 plays.

Tickets are free, however reservations are required.

Saturday, MAY 22nd (avail until Wednesday, May 26th)

Grey Matters, by Colt Coeur company member Eden Marryshow & directed by Steve H. Broadnax III (Broadway’s upcoming production of Thoughts of a Colored Man). Based on real life events, the play chronicles the love, labor and pain of being in an interracial marriage in Brooklyn in the 1970 and 1980s. Jeannie is white and pregnant, Ed is black and the father, they love each other but… is love enough? Does grey matter? A unique livestream performance.

Feel the Spirit, by resident artist Noelle Viñas & directed by Elizabeth Carter (Eureka Day, 2019), Gabriela, a young, queer pastor new in her post, is struggling to navigate her new congregation’s shift to online worship due to COVID-19. As seasons change outside and the flat timeline of quarantine continues, the church fights to maintain a practice that rotates around fellowship and community across generations and cultures when they can’t hug, cook, or sing together. Feel The Spirit pushes against the isolation of virtual engagement by inviting audience members to turn their cameras on, and engage in moments of real-time reflection. This communal experience is a multi-faceted meditation on spirituality and the past year, asking all of us to consider the ways God has shown up in our individual and collective humanity. A made-for-Zoom play commissioned by Shotgun Players.

the dowagers, by Colt Coeur company member Justice Hehir & directed by Joan Sergay. Salome, Tara, and Nick share an apartment building and a system for navigating the unspeakable. A pandemic-era play about neighbors, proximity, and the many permutations of care, the dowagers is a meditation on loss and lust - set on a single stoop. An outdoor, socially distanced reading.

Elizabeth Carter is a director and actor based in the SF Bay Area who was seen in Eureka Day at Colt Coeur in 2019. Her directing includes San Francisco Shakespeare Festival’s 2020 groundbreaking virtual King Lear,  Bondage (Honorable Mention for the Relentless Award), Every 28 Hours Plays and A Place to Belong with American Conservatory Theatre, for colored girls….(Broadway World Best Local Play and TBA nominee Best Ensemble) with African American Shakespeare Co. and Participants (TBA Best Anthology) for TheatreFirst. She has directed for California Shakespeare Theater Conservatory and is the Associate Director of the Theatre Dept. at Ruth Asawa Schoolof the Arts.  She is a recipient of the Bridging the Gap Grant and a Director’s West 2019 Alum.

Justice Hehir is a playwright whose work explores sexuality, feminism, and the formation and rupture of human bonds. She is a company member of Colt Coeur and is the recipient of a 2021 Individual Artist Fellowship from the Mid Atlantic Arts Foundation. She is currently commissioned by George Street Playhouse and is an alumna of the 2020 Clubbed Thumb Early Career Writers Group. Other recent projects include “true believer”, published this year by Table Work Press, and “freeplay”, under development through a 2020 EST/Sloan Project commission. MFA: Hunter College, BA: Rutgers University. She lives in Newark, NJ.

Eden Marryshow is an award-winning Director/Writer/Actor from Flatbush, Brooklyn. He co-wrote, produced and starred in the Feature Film BRUCE!!!! which garnered Marryshow the Grand Jury Prize: Best Director at  ABFF, the HBO Award for Best Film and the Audience Award at the MVAAFF, and was nominated for Best Film at Urbanworld Film Festival. BRUCE!!!! opened Nationwide theatrically in 25 cities through AMCindependent, and he simultaneously had his Broadway debut as Ray Mills in the Tony Award winning play INK. He is in Post-production for his latest film, All, Alone., which was shot in April during Quarantine, and his latest project the limited series EKLYPSE: A Hip-Hop Fable was a part of Urbanworld 2020. Eden is a Colt Coeur company member. Peanut, I miss you and love you.

Noelle Viñas is a playwright, educator, and theater-artist from Springfield, Virginia and Montevideo, Uruguay. She is a resident artist at Colt Coeur and a member of The Civilians ' 2020-2021 R&D Group. Her play Derecho (2019 John Gassner Playwriting Award, 2019 Jane Chambers Honorable Mention) was workshopped as part of the 2020 Bay Area Playwrights Festival. Recent commissions include Weston Playhouse for her short play Zoom Intervention (NY Times Critic's Pick), Every Time I Feel The Spirit for Shotgun Players, Lauren Gunderson's New Now Commission, and the book for The Long Horizon, a space musical for Imagination Stage's Speak Out Onstage Ensemble. Previously, she was part of Playwrights Foundation's four-year Resident Playwrights Initiative and a 2019 Artist-in-Residence at Djerassi. Viñas resides in Brooklyn and will be graduating with her MFA in Playwriting from Brooklyn College in spring 2021.

COLT COEUR is a Brooklyn-based theater company founded in 2010. Our original, story-driven, visceral theater pulls you close and doesn’t let go. Our community of artists nurtures and invests in diverse perspectives to produce work that straddles the line between mainstream and experimental.  We strive to create great happenings in small rooms, theater as close as a whisper in your ear or a stranger’s hand brushing yours. Intimacy is our way in. We embrace the infinite theatrical potential of intimate live performance. We contemplate questions that inspire us and devise theater pieces which respond to and engage with the world in which we live. We address the ambivalence, terror and exhilaration of our age through theater that utilizes a simplicity of means to achieve richness of expression.

Artistic Director Adrienne Campbell-Holt and Managing Director Bailey Williams lead a 21-member ensemble of actors, playwrights and designers to nurture the next generation of theater artists through the development and production of new plays and by providing arts education and mentorship to students from under-resourced NYC public schools. Over 11 years, Colt Coeur has produced 11 world premieres, 1 east coast premiere; developed 48 plays; and provided free arts education for over 200 students.

All 12 of Colt Coeur’s world premieres explored themes of resonance to our times while ranging in subject matter from teen pregnancy (Dry Land), to postpartum depression and the struggle to make ends meet for a working-class family (Cal in Camo), to the underlying appetite for new frontiers that is manifest in applicants looking to travel on a one-way mission to Mars (How to Live on Earth).  Half of the productions were developed from scratch with a company of actors, designers, a playwright, and director Adrienne Campbell-Holt. All of the productions received rave reviews and have gone on to publication and/or subsequent national and international productions. Colt Coeur is currently developing new work with commissioned playwrights including Antoinette Nwandu (Paula Vogel Award 2019) and Francisca Da Silveira.

Colt Coeur was poised to produce their 13th world premiere, Polylogues, created and performed by Xandra Nur Clark and directed by Molly Clifford, in April 2020, which was postponed due to the ongoing global health crisis.

Please note: each patron will receive a unique link that cannot be shared. This will be a livestream which will be available for viewing until 11pm on May 20th, 2021. 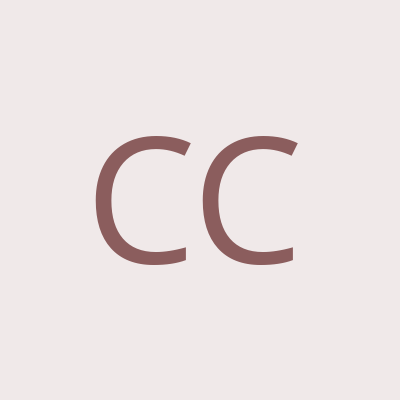