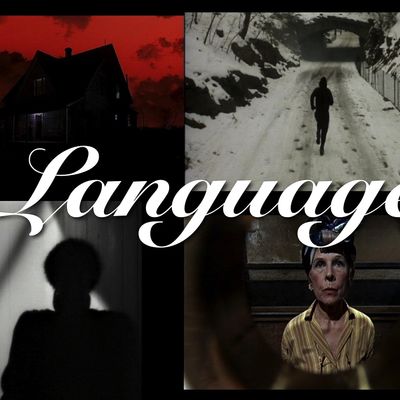 Amazing, effective movies don't happen by accident. They're crafted. And while you might instinctively get some things right, you'll build a much better story, shoot a much stronger image, and get a much more powerful and consistent result, when you properly understand all the tools available to you to affect your audience.

No Budget Film School presents Cinema Language, an invaluable and comprehensive master class for screenwriters and directors, presented over seven Saturday afternoons, online via Zoom (and then available on demand)--over 24 hours of instruction!

After taking this course, you will:

Cinema Language is taught by acclaimed filmmaker and Pepperdine University Graduate Screenwriting professor , writer/director of the award-winning Lionsgate feature The Presence, as well as the upcoming features Mr. Clark and Exile (see bio below).

Cinema Language is divided into 5 sections, taught over 7 sessions. The sessions will be held Saturday afternoons beginning at 12pm PDT (3pm EDT). Each session will be available online during the following week in case you can’t take it live.

How often have you seen a friend's indie feature and thought, 'Wow...that was...not good.' And you’re being polite. It’s every filmmaker's nightmare, killing yourself to make a passion project that doesn’t work. Yet people make bad or mediocre features, on any budget, all the time. Even filmmakers who think they know what they’re doing.

"Mastering Visual Storytelling" explores how our best filmmakers expertly use the grammar of cinema to create the most effective and moving stories. Professor Provost will give practical, hands-on specifics regarding the language of cinema: framing, editing, lighting, color, sound, POV, music, sound effects, etc--all will be covered. With over 100 clips and stills, the section will illustrate and illuminate how to use the grammar of film to the best effect possible. Whatever your area of expertise on set or off, "Mastering Visual Storytelling" will expand your knowledge of the craft of filmmaking and elevate your next feature to another level. You will learn not only basics but how to turn classical film grammar on its head to great effect.

One of the most difficult things to do in any kind of story is quickly and efficiently set up a character...and in a manner that pays off further into the narrative. "Introducing Your Character" is an in-depth, intensive and entertaining look at how filmmakers effectively reveal characters to the audience, whether in a straightforward or purposely misleading fashion.

In this section we will watch and discuss a variety of clips from over ten hit movies such as The Dark Knight, Erin Brockovich, and The Devil Wears Prada, as well as John Dahl's retro thriller Red Rock West, to explore numerous ways you can provide fast, compelling and incisive information to your audience, even in a single line or shot. In the words of Professor Provost, "This is a kick-ass session."

Disclosure of Information is the essence of what we do. It's the single most important aspect of storytelling and affects every single position on a film, in production and post. Every single choice you make reveals information to the audience. How to do it, when to do it, why to do it, as well as what the effect will be on your audience--all are determined by the manner in which you disclose each and every piece of information in a script.

While the entire Cinema Language set of courses is in essence an exploration of how to disclose information, this section looks in-depth at the myriad choices a filmmaker has--right and wrong--and how to master those choices to create the most effective experience possible for the audience. Clips from various films such as Jaws, Close Encounters of the Third Kind, and Carrie will be used, as well as intensive explorations of two Hitchcock classics, North by Northwest and Psycho.


"From Script to Screen”

"From Script To Screen" is an extremely frank and revealing discussion about the realities every filmmaker faces whatever the budget, offering filmmakers a rare insider's look at just how a movie comes to fruition. Writer/Director Provost discusses the process of traveling from script to final edited product of his feature The Presence, which stars Oscar Winner Mira Sorvino, Golden Globe Nominee Justin Kirk and Shane West. The independently produced feature was acquired by Lionsgate after a successful festival run. This is a candid, insightful dissection of the filmmaking process, examining a feature film that was chosen as the opening or closing night film at a variety of festivals, winning various Best Film, Best Director and Best Cinematographer awards as well. Students will read the first act of the screenplay as homework and then watch the complete film.

Provost will cover extensively how he and his creative team worked to bring what was on paper to life, given the typical compromises and considerations of budget, time, personnel issues, weather, and planning. Particular focus will be placed on what "went wrong" on the set, as well as what changed from the script and why. The discussion will also include the "writing" that went on in the editing room as the film took shape and became something apart from the shooting script. Specific clips and production stills will be used to illustrate the various decisions made on the set and after.

Students will have an open forum with the filmmaker regarding their thoughts and questions on the movie and the filmmaking process.

Read the first 30 pages of The Presence

You’ve finished your first draft… or third.. or seventh. (Graham Moore wrote over 30 drafts of his screenplay The Imitation Game, for which he won the Oscar and the WGA Awards.) Now it’s time to elevate your script with a killer rewrite. Collating his experience from years of script doctoring and consulting, Provost will take you through his steps to rewriting and honing your screenplay, whether it be a major rewrite or just a tweak.

Topics include: how to handle exposition, mastering the world of your script, ramping up conflict and tension and making your screenplay as clean and readable as possible. After completing this session, you’ll be able to do another pass on your script that will maximize its impact and increase the chances of it being sold.

After graduating from The University of Texas at Austin’s Plan II Honors program, with an emphases in both English Literature and Film, Tom moved to Los Angeles where he has worked steadily writing, directing, editing and acting. He co-wrote the film Under Suspicion starring Academy Award winners Morgan Freeman and Gene Hackman. The screenplay was nominated for an Edgar Award. His feature directorial debut was The Presence. The genre-twisting ghost story stars Academy Award-winning actress Mira Sorvino, Shane West and Golden Globe Nominee Justin Kirk. The movie won numerous awards on the festival circuit including Best Picture and Best Director. Lionsgate released it in 2011. A graduate screenwriting professor at Pepperdine University in Malibu, with an MFA in Creative Writing from the University of California-Riverside, Provost works steadily as a script doctor and consultant. He’s also been nominated for an Emmy for his editing work in reality television. He has been teaching Cinema Language in Los Angeles and around the country for the last decade, and has lectured on other filmmaking topics for the past 20 years. You can find some of his writing at both onfoodandfilm.com and cinemalanguage.org. 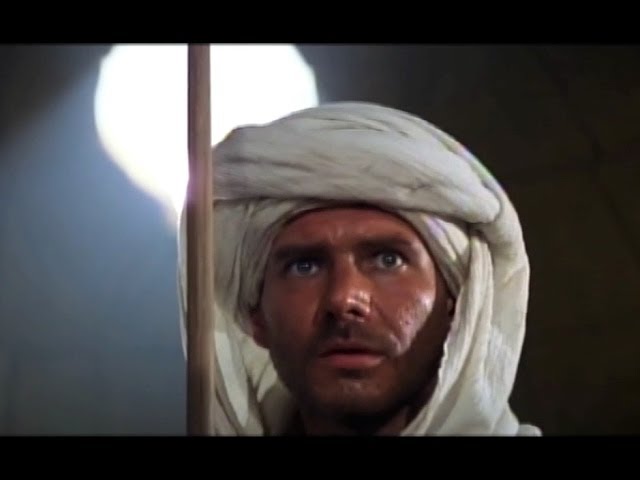 "If you're in the Los Angeles area, I highly recommend attending this series of classes. Brought to you by two excellent filmmakers and instructors, Mark Stolaroff and Tom Provost, you really can't go wrong." - Huffington Post

"The information you presented was just incredible. It will have a profound effect on how I approach my own stories." - Alice Garcia

"Every producer should take your classes before taking on a film. These classes are beneficial not just for writers or directors but for anyone who works with or has a love for movies." - Andy Henderson

"This was an excellent class. It is very rare that you can talk to a filmmaker so openly about every aspect of production and really delve into the film. Especially one who has so much knowledge of film as Tom does." - Alden Anderson

"Your class on form and construction of image is of the utmost importance and, as a director, to say it affected my own work in a profound way would be an understatement." - Bill Garrett

"Our ability to successfully produce a feature film can be traced directly back to what we learned in No Budget Film School and Cinema Language. They provided valuable insight into making a low-budget film, and, more importantly, inspired us to do it. Great investment of time and money!" - Ron and Wayne Jackson, Producers of 5 Hour Friends

Tickets for Cinema Language: The Art of Storytelling can be booked here. 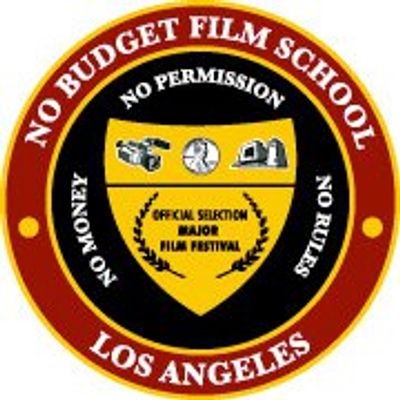