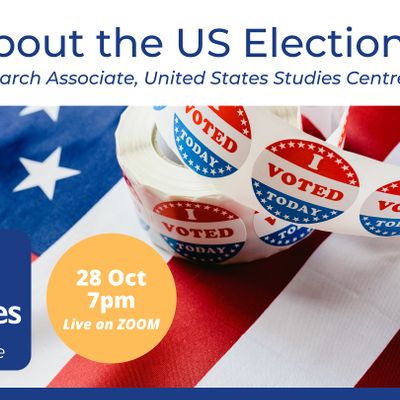 Brave New World: Let's Talk About the US Election 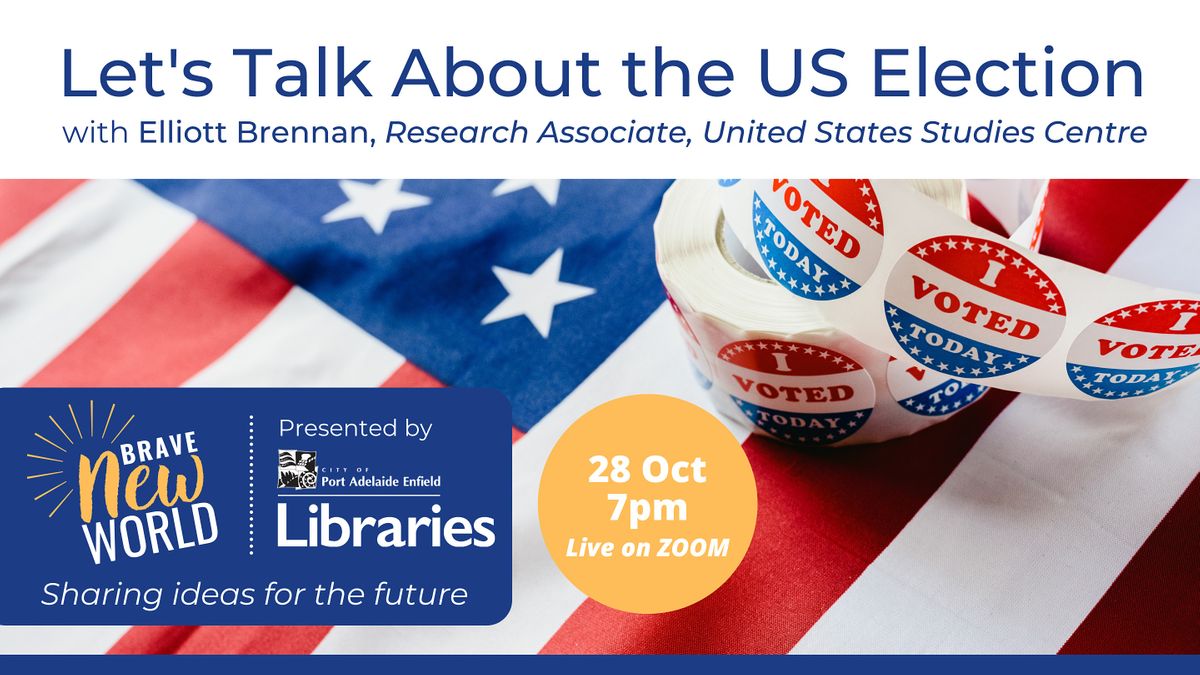 Brave New World: Let's Talk About the US Election

A Q&A on American Politics and the General Election

Join us to hear from Elliott Brennan, Research Associate with the United States Studies Centre at the University of Sydney.

With the US Presidential Election less than a week away from this session it's sure to be an interesting time to consider what the outcomes will be. One thing is for sure, the outcome of the 2020 US general election will have an impact around the world.

This webinar will be an opportunity to ask questions about the electoral process, the hot topics and just how you win the presidency.

Elliott Brennan is a Research Associate at the United States Studies Centre.

His work spans the breadth of the Centre but has focussed on progressive politics in the United States and youth mobilisation. He is a frequent commentator on US news and politics for Sky News, the ABC and SBS. He also writes regularly for The Canberra Times and his analysis has appeared in The Sydney Morning Herald and on CNN and Bloomberg television and radio.

Prior to joining the Centre, Elliott was a journalist, editor, television news producer and digital lead. He also previously served as the Policy and Publications Director for Young Australians in International Affairs – a non-profit organisation which aims to promote the voices of emerging leaders in the field.

In 2015, Elliott was the Australia Korea Fellow, a position jointly awarded by the Department of Foreign Affairs and Trade and the University of Sydney. As part of this fellowship program, he worked at The Korea Herald in Seoul, where his writing was distributed nationally. In 2015, he was also awarded the Korea Australia Community Support Scholarship for Young Journalists and he now acts as the inaugural co-president of the scholarship program.

He holds a Bachelor of Arts (Media & Communications) and was awarded first-class honours in History from the University of Sydney for his thesis on Australia-Indonesia relations during the Howard years.

You may also like the following events from City of PAE Libraries:

Tickets for Brave New World: Let's Talk About the US Election can be booked here. 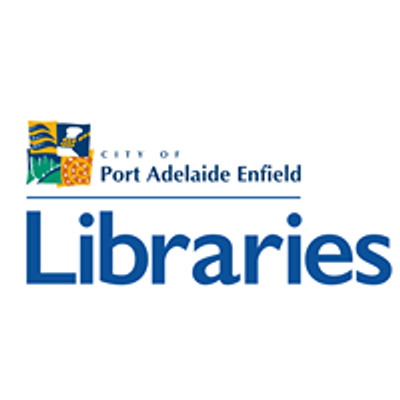 City of PAE Libraries
Follow Contact
About The Host: City of PAE has four, soon to be five, libraries across the Council area. Membership is free and provides access to our collection, in branch resources and e-resources, programs and so much more.
Website Link: http://www.cityofpae.sa.gov.au/library
Advertisement
Event details from Eventbrite Report a problem ?