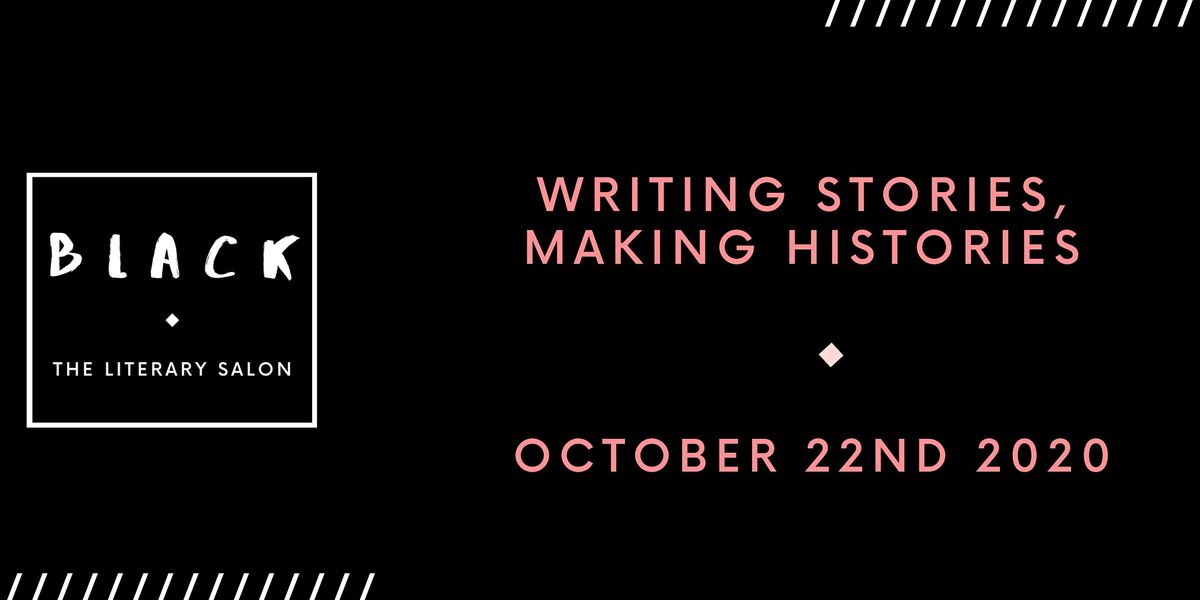 is a quarterly celebration of the best in Black writing from across the world. Our second salon - Exploring Maleness, Masculinity and Selfhood was supposed to happen on Thursday 28th May. Rather than cancelling however, the salon will now take place virtually on Thursday June 25th. This will allow us to embrace and include more participation from across the globe. We have 3 confirmed writers for the event, Elnathan John, Paul Mendez and Thando Mgqolozana, and will be moderated by Panashe Chigumadzi. In light of the killing of George Floyd and the global reaction, this conversation about Black masculinity has become even more urgent.

The writers will consider what it means to be a man today exploring issues surrounding male identity: Is there really a crisis of masculinity? What does it mean to be a man under the hegemony of hetero-normative patriarchy, capitalism, pandemic and anti-Black racism? How do these forces affect and modify masculinity? How are men and boys affected by misogyny, homophobia, heterosexism and narrow definitions of manhood? How do we begin to talk about the joy and tenderness of being a man that is often occluded in popular discourse in favour of toxic masculinity?

lives in London and is studying for an MA in Black British Writing at Goldsmiths, University of London. He has been a performing member of two theatre companies, and worked as a voice actor, appearing on audiobooks by Andrea Levy, Paul Theroux and Ben Okri, most recently recording Ian Wright’s A Life in Football for Hachette Audio. As a writer, he has contributed to the Times Literary Supplement and the Brixton Review of Books. Rainbow Milk is his debut novel.

is one of Nigeria’s most well-known contemporary satirists. He has twice been shortlisted for the prestigious Caine Prize for African Writing (2013 & 2015). His writing has been published in Per Contra, Evergreen Reviewand Chimurenga's The Chronic. His debut novel, Born on a Tuesday,won a Betty Trask Award in 2017. He was a judge for the 2019 Man Booker International Prize.

is a South African novelist. His novels include A Man Who is Not a Man (2009), Hear Me Alone (2011), and Unimportance (2014). He was selected as one of the 100 Most Influential Africans (2016) and a Mandela Rhodes Scholar (2006). His is the co-author of Inxeba: The Wound (2018), an Oscar-shortlisted, record breaking film. He is the founder of Abantu Book Festival, a hallmark annual literary event staged in Soweto.

is an essayist and novelist. Her 2015 debut novel Sweet Medicine (Blackbird Books) won the 2016 K. Sello Duiker Literary Award. Her second book, These Bones Will Rise Again (The Indigo Press) was published in June 2018 and shortlisted for the 2019 Alan Paton Prize for Non-fiction. Chigumadzi was the founding editor of Vanguard Magazine, a platform for black women coming of age in post-apartheid South Africa. A columnist for The New York Times, and contributing editor of the Johannesburg Review of Books, her work has featured in titles including The Guardian, Chimurenga, Africa is A Country, Transition, Washington Post and Die Ziet. She is a doctoral candidate in Harvard University’s Departments of African and African American Studies and History.

Black: The Literary Salon is brought to you by Black women who believe that Black authors and critical thinkers play an essential role in building up Black communities in a sometimes-hostile world. We are self-funded and put a lot of work into bringing our speakers together so that they can explore issues deeply and deliberately in a nourishing space. If you believe that intellectual labour should be paid, we ask you to pay a minimum fee of £5 so that we can pay our participants and continue our mission to build a community of engaged writers, thinkers and those who support them.

Black: The Literary Salon launched on February 27th with a panel on Love and Desire Bared, with authors Olumide Popoola, Irenosen Okojie, and Diana Evans held at the Ace Hotel in Shoreditch.

See what you missed HERE

Dates for your diary


About Black: The Literary Salon

in partnership with have curated three salons featuring four voices all united by a potent theme that will be a springboard for stimulating conversation. These salons will be hosted at across 2020 and will provide a space dedicated to writers, readers and thinkers who are interested in and committed to uncompromising and unmediated spaces for the exploration of writing and ideas from the Black world.

Tickets for Black: The Literary Salon can be booked here.