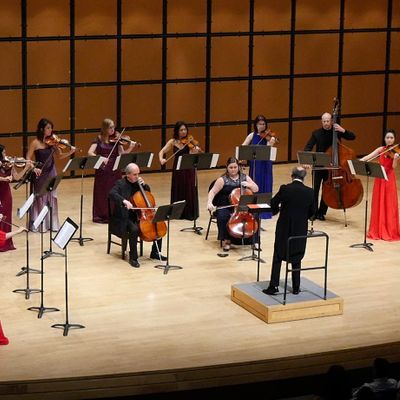 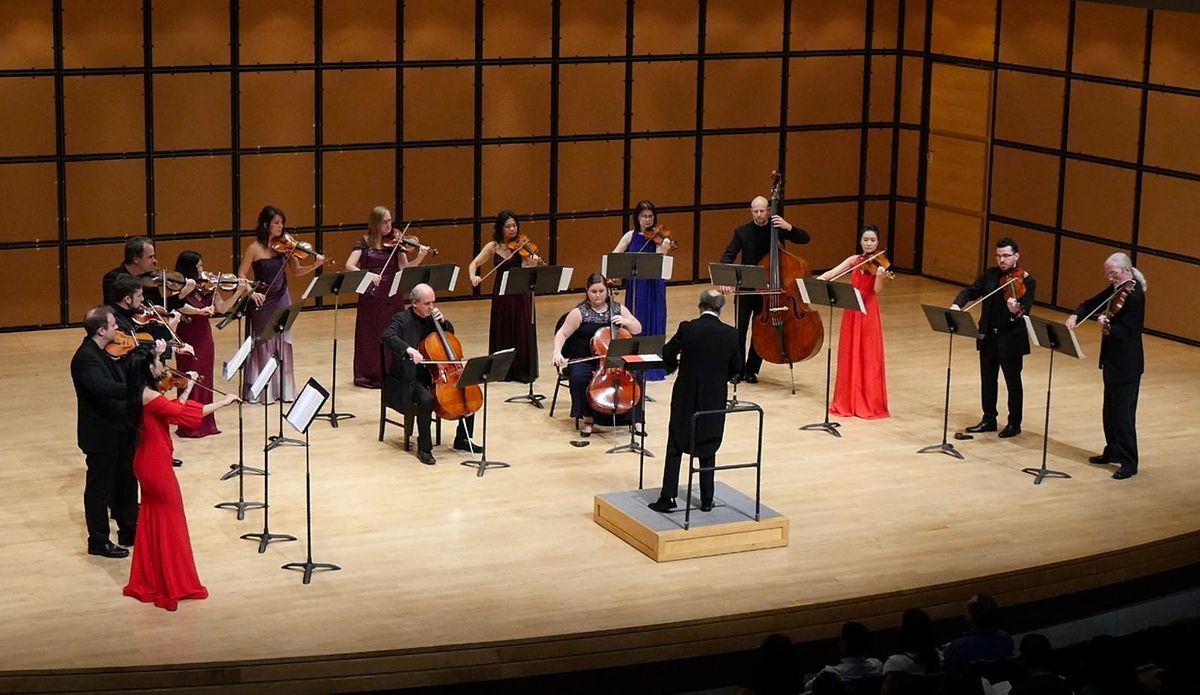 Maestro Nurhan Arman leads Sinfonia Toronto in a program that juxtaposes two masterpieces by these great composers. The virtual concert is a tribute to our front-line workers and health care providers.

In the summer of 1960 Shostakovich went to Dresden to work on the score for a Soviet-East German film. He was overwhelmed by the still-evident results of the 1945 Allied firebombing that destroyed the city and killed more civilians than the atomic bomb dropped on Hiroshima. Within three days he composed a quartet dedicated “In memory of the victims of fascism and war.”

The quartet is full of extra-musical symbolism, but there is continuing controversy about how to interpret it. The work may be a doctrinaire Soviet artist’s revulsion against fascism, a subtly-integrated protest against the Soviet state, or a cry of anguish about totalitarianism of any kind. Shostakovich never explained his intentions; he gave no indication, even, about whether he had incorporated specific messages or was only expressing a general emotional state. In view of his precarious position as the Soviet Union’s most famous and honored composer and also at times the target of fierce criticism for “formalism” and “decadence,” his reticence is unsurprising, especially about a work of such tremendous strength.

The Quartet is in five movements played without pause. Its basic building block is a four-note theme built on the German notation for an abbreviation of the composer’s own name, turning DSCH into D-E-flat-B. The Quartet opens with a fugal introduction of this motif, followed by a theme from the opening of his First Symphony, the work that first brought him national success. These two themes recur in a rondo-like structure along with a descending theme that references his Fifth Symphony, the work that restored him to favor in 1937 after the official denunciations that almost ended his career.

The first movement’s reminiscent mood is blown apart by the second, an Allegro molto from which several iterations of the DSCH motif emerge. At a mid-movement climax, the violins weep a theme from Shostakovich’s Second Piano Trio, which was written in 1944. Shostakovich called this a “Jewish” theme, saying: “Jewish folk music has made a most powerful impression on me... it can appear to be happy while it is tragic. It’s almost always laughter through tears. This quality...is close to my ideas of what music should be. There should always be two layers in music. Jews were tormented so long that they learned to hide their despair. They express despair in dance music.”

The third movement is a ghostly waltz-rondo in G minor and G Major at the same time. The violins play the DSCH motif, but with a B-natural, the identity note of the G Major scale, while the viola accompaniment stays with B-flat, the identity note of the G minor scale. The musical insecurity created by this schizophrenic hesitation between two versions of the same key is even more unsettling than the avoidance of a clear key structure; it is a frequent element of Shostakovich’s style. The third section of the rondo breaks the waltz rhythm by changing to duple time, bringing in a march-like theme from Shostakovich’s Cello Concerto No. 1, composed a year earlier.

The third movement recapitulates its themes and winds down with the Cello Concerto’s five-note motif and its three-note martial accompaniment heard last. The first violins stretch this theme out, all alone, leading into the fourth movement, when they are suddenly overtaken by the rest of the orchestra, who have re-cast the three-note accompaniment into a menacing unison attack.

These violent attacks are repeated at intervals throughout the fourth movement. They may be fate knocking at the door, gunfire, or the explosions of bombs dropped by the aircraft one can hear in the pianissimo droning of the first violins. The droning morphs into the first four notes of the dies irae, which are, not coincidentally, the same notes of the DSCH motif in a different order. The dies irae is followed immediately by a Russian funeral anthem, “Tormented by the weight of bondage, you glorify death with honor,” in the lower strings. The violent attacks transformed from the Cello Concerto theme recur; then, over a low drone in the cello and viola, the violins play a Russian revolutionary song, “Languishing in Pr*son,” just before the cello sings an aria from Shostakovich’s opera Lady Macbeth of Mtsensk, the work that triggered the first official criticism of Shostakovich.

After a last attack by the transformed Cello Concerto theme, the first violin chants the dies irae again and turns it back into the DSCH theme. The fifth movement builds a fugal elegy on the original motif, mourning for all the complex history that has gone before.

Even compared with other years in Beethoven’s often turbulent life and times,1809 was especially eventful. Beethoven had to choose between a position offered by Napoleon’s younger brother Jerome, newly created King of Westphalia, and a counter-offer from three of Vienna’s highest-ranking nobles. Beethoven accepted the Viennese offer, but two months later Napoleon’s army arrived at the gates and the nobles who had promised to support him fled the city. The city resisted surrender this time, unlike the quick capitulation of 1804, which precipitated a day of fierce bombardment. Beethoven hid in the basement of his brother’s house with pillows over his ears, trying to avoid the din that could push his already-failing hearing into complete deafness. Vienna surrendered the next day. In spite of political turmoil and the absence of his patrons, Beethoven completed three major works during this period – interestingly, all in the noble key of E-flat major: the Fifth Piano Concerto, the “Emperor;” the piano sonata called “Les Adieux,” or “Lebewohl” after one of his three patrons; and this String Quartet Op. 74, dedicated to Prince Lobkowitz, another of the patrons. The first movement’s slow introduction remains calm in the face of two loud interruptions. The main body of the movement and the coda feature pizzicato(plucked) accompaniment passages that have given the work its “Harp” nickname.

The Adagio unfurls elegant variations on its main rondo theme, suggesting the direction Beethoven would take in the subline slow movements of his late quartets. The robust Scherzo recalls his dramatic Fifth Symphony; it is powered by a similarly insistent four-note rhythmic motif of short-short-short-long.

The finale is a gracious theme and six variations, contrasting muscular energy with tranquil interludes, and closing with an extended, brilliant coda. The quartet was premiered at Prince Lobkowitz’s palace in the fall of 1809, after the French left and Austrian nobles returned to Vienna.

Sinfonia Toronto now in its 22nd season, has toured twice in Europe, in the US, South America and China, receiving glowing reviews. It has released four CD’s, including a JUNO Award winner, and performs in many Ontario cities. Its extensive repertoire includes all the major string orchestra works of the 18th through 21st centuries, and it has premiered many new works. Under the baton of Nurhan Arman the orchestra’s performances present outstanding international guest artists and prominent Canadian musicians.

You may also like the following events from Sinfonia Toronto:

Tickets for BEETHOVEN & SHOSTAKOVICH - Virtual Concert can be booked here.