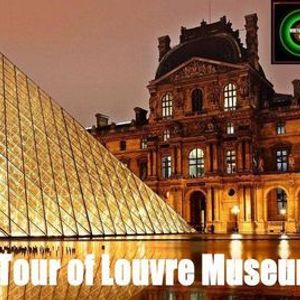 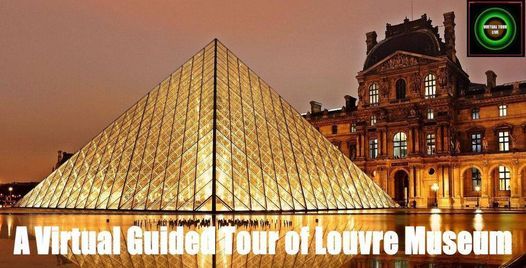 HISTORY: Did you know that the Louvre actually began as a fortified castle dating from the early middle ages? This great institution-considered the most visited museum in the world- has been closely tied to French royalty since it served as a castle dating from 1190. When Louis XIV moved his court to Versailles just before 1700, the idea of a public museum in the old palace was born. Join us as we look at the building, the monarchs involved with its development, the controversies, and, of course, the creation of the current collection.

MUSEUM TOUR: After learning of the history, we will explore the Louvre and experience the paintings and sculptures within its walls. We will learn the history and interpretations of multiple works of art (some famous, some not as well known). Speaking of famous, we will conclude with a discussion of the Mona Lisa – including its own history, analysis, and value to the world!

The Louvre - Fortress and Royal Palace
A fortress built to protect Paris at its origin, the Louvre became a royal palace in 1380 and was the house of the kings in Paris until 1682. Many different rulers refurbished and added to the building which has now 407 rooms containing 380,000 works of art!

We will discover the different architectural styles of the palace and learn about the different stages of its construction, highlighting that Paris really is a mix of old and new architecture - the famous glass pyramid being a prime example.

Combined with the now-destroyed Palace of the Tuileries nearby, the Louvre was even bigger than it is today. Our tour will take in the nearby the Arc de Triomphe du Carrousel and the beautiful UNESCO world heritage gardens. This is a tour for architecture, history and garden fans alike!

Also check out other Arts Events in Online, Workshops in Online.