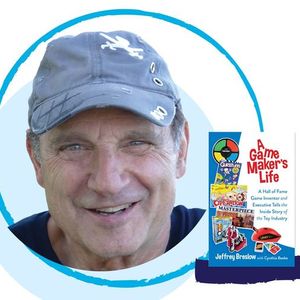 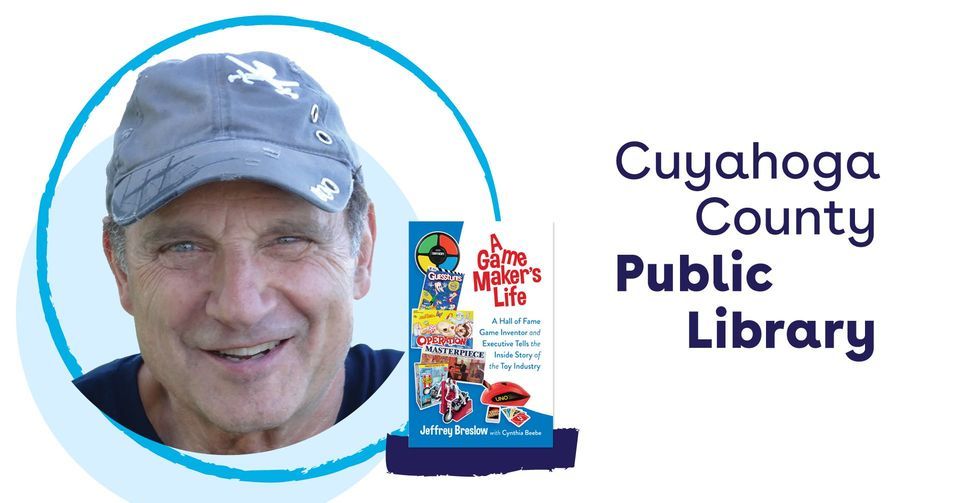 ? This event will be broadcast on Zoom: https://us02web.zoom.us/webinar/register/WN_0qTSMbW0QBuBlGZDLMKaGQ

Join us for a conversation with Jeffrey Breslow, author of "A Game Maker's Life: A Hall of Fame Game Inventor and Executive Tells the Inside Story of the Toy Industry."

Breslow, a preeminent toy and game inventor and designer, spent over forty-one years inventing toys and games since graduating with a BFA from the University of Illinois in industrial design in 1965. At age thirty-four, he became the youngest managing partner of Marvin Glass and Associates, the leading toy design company in the world at that time in 1976. They invented games such as Simon, Operation, Guesstures, the Evel Knievel Motorcycle, Mousetrap, and UNO Attack! Breslow was inducted into the National Toy Hall of Fame in New York City in 1988. In 2008, he left the toy business to sculpt full time. His sculptures are on display at the University of Illinois and the Lurie Children’s Hospital and on permanent display in Vermont, California, New Jersey, and Uruguay.

In his captivating memoir, "A Game Maker's Life: A Hall of Fame Game Inventor and Executive Tells the Inside Story of the Toy Industry", Breslow tells how:

• Creating a game is a mix of Rube Goldberg, Santa’s elves, mass production, and the bottom line.

• He oversaw two multi-million dollar businesses that earned profits for more than four decades. Even while the industry transformed itself from using cardboard and plastics into electronics, his companies never acquired debt and never borrowed money from a bank!

• He overcame the terrible misfortune of a deadly workplace shooting and led his shaken employees through the tragedy and back to running a thriving business.

Millions of people around the world have played with games and toys Breslow and his partners invented—perhaps you have, too! Now, read Breslow’s remarkable story and see how a flash of inspiration, followed by hard work and ingenuity, brought these wonderful games to life.