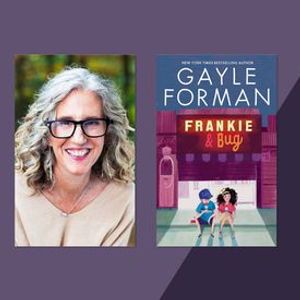 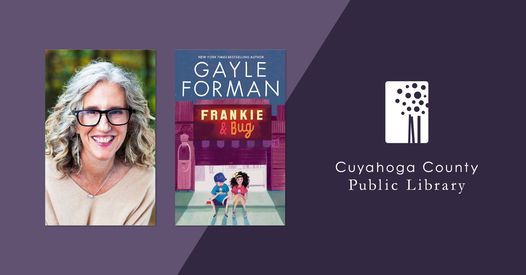 ? This event will be broadcast on Zoom: https://us02web.zoom.us/webinar/register/WN_b9IQTLmDT6O6j-wslHbwaA

Join us for a conversation with Gayle Forman, author of "Frankie & Bug".

Forman is an award-winning author and journalist whose articles have appeared in numerous publications, including "Seventeen", "Cosmopolitan", and "Elle" in the US. Forman’s novel, "If I Stay", was released as a blockbuster movie starring Chloë Grace Moretz in 2014. Her most recent YA novel is "We Are Inevitable". Forman lives in Brooklyn, New York with her family.

"Frankie & Bug" is Gayle Forman's debut middle grade novel. Ten-year-old Bug is a feisty girl who just wants to play at the beach all summer, but feels left out as her older brother stretches his wings toward independence. And there is 11-year-old Frankie, sent from Ohio to stay with his gay uncle in Venice Beach for the summer: a trans boy who just wants the opportunity to be who he is. Wary of each other at first, Frankie and Bug bond over their mutual desire to catch the Midnight Marauder, a serial killer stalking Southern California in 1987. When the violence comes closer to home, what Frankie and Bug learn about themselves is far more important — family can be whatever you make it, love is stronger than blood, and it’s up to all of us to hurry toward justice.

Tickets for A conversation with Gayle Forman can be booked here.