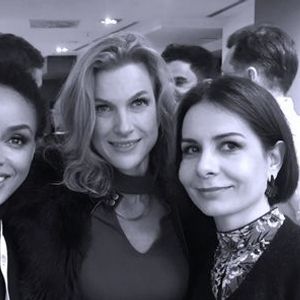 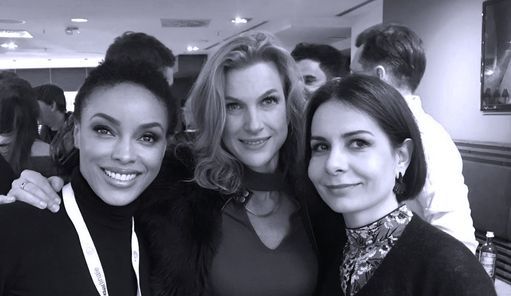 All proceeding from the workshop will be going for the 2021 edition of FEST - New Directors New Films Festival. Participants of the workshop will also receive one free pass for the festival with the value of 100 euros

Nancy Bishop is an Emmy-nominated American casting director, with offices in London and Prague: She is the recent recipient of a Casting Society of America ARTIOS Award for best casting of a comedy for Borat Subsequent Moviefilm. In her over twenty-year career, she has cast over one hundred projects, working for most of the major studios, networks and streamers. Credits include Mission Impossible IV, Snowpiercer and Amazon’s upcoming Wheel of Time. She was the founder and first president of the CSA European Branch. She has written three books on auditioning, the most recent published by Bloomsbury: “Auditioning for Film and TV,” which will be available for purchase at the class.

Caprice Crawford is founder and CEO of Crawford Talents, which is a full-service International Actors Management Agency based in Berlin, Germany. She works with professional actors from around the globe who are fully dedicated to their craft. Crawford Talents believe that acting is a universal language. Caprice, herself is an American producer and former actor based in Berlin. She’s worked in New York, and LA, and has landed professional acting roles alongside Jamie Foxx, Don Johnson, Orlando Bloom, Burt Reynolds, in both TV and feature films. After spending much of her life in front of the camera, she became captivated with behind camera work and began working as a photographer, creating beautiful headshots for creative talents, including many celebrities, before excelling as a producer and now agent.

Jo Monteiro, CSA is casting director for international film, TV series and commercials based in Portugal. She has been working as casting director for 15 years. Her credits include productions for Canal+, Pathé, HBO and Netflix' upcoming "Glória", to be broadcasted in 190 countries. From 1992 to 1996, Jo attended Université Libre de Bruxelles (Belgium), getting a degree in Film Studies, where she learned from acclaimed directors, such as Luc Dardenne and Ettore Scola. Before being casting director, she worked as assistant director for more than 10 years. This position taught her to have a global vision of casting, from studio to set.

This two-day class will foster a fun, and informative atmosphere for actors to learn new skills to hone and develop an international career.
All participants will have an opportunity to practise their skills in self-taping, which is a crucial part of the international casting process, especially post-pandemic.
Actors will choose from a selection of scenes to self-tape themselves in advance. These three professionals will give feedback in class for scene work, self-tapes, demo reels, and headshots.
Class will also include special exercises which Nancy has developed to hone strategies for auditioning, including cold reading techniques, and identifying choices and objectives on a new text.
The class will also include a unit on “How to Get an Agent’ and a Q&A.

PROFILE OF PARTICIPANT
The workshop designed for Actors, acting students, directors, casting directors, Film Students, or anyone interested in entering the Film Business on the area of Acting.

All communications and confirmations will be sent to the email you use while making your workshop payment.

If you wish to receive in another email please inform us on ZmlsbWxhYiB8IGZlc3QgISBwdA==
Please add our address to your email safe senders list, address book or contact list to avoid FEST e-mails in spam.

Tickets for Auditioning For Film and TV - Special Edition with: Nancy Bishop, Jo Monteiro and Caprice Crawford can be booked here.