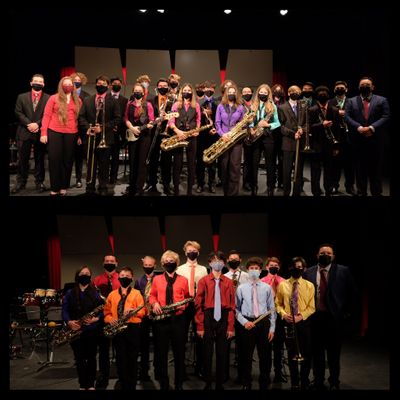 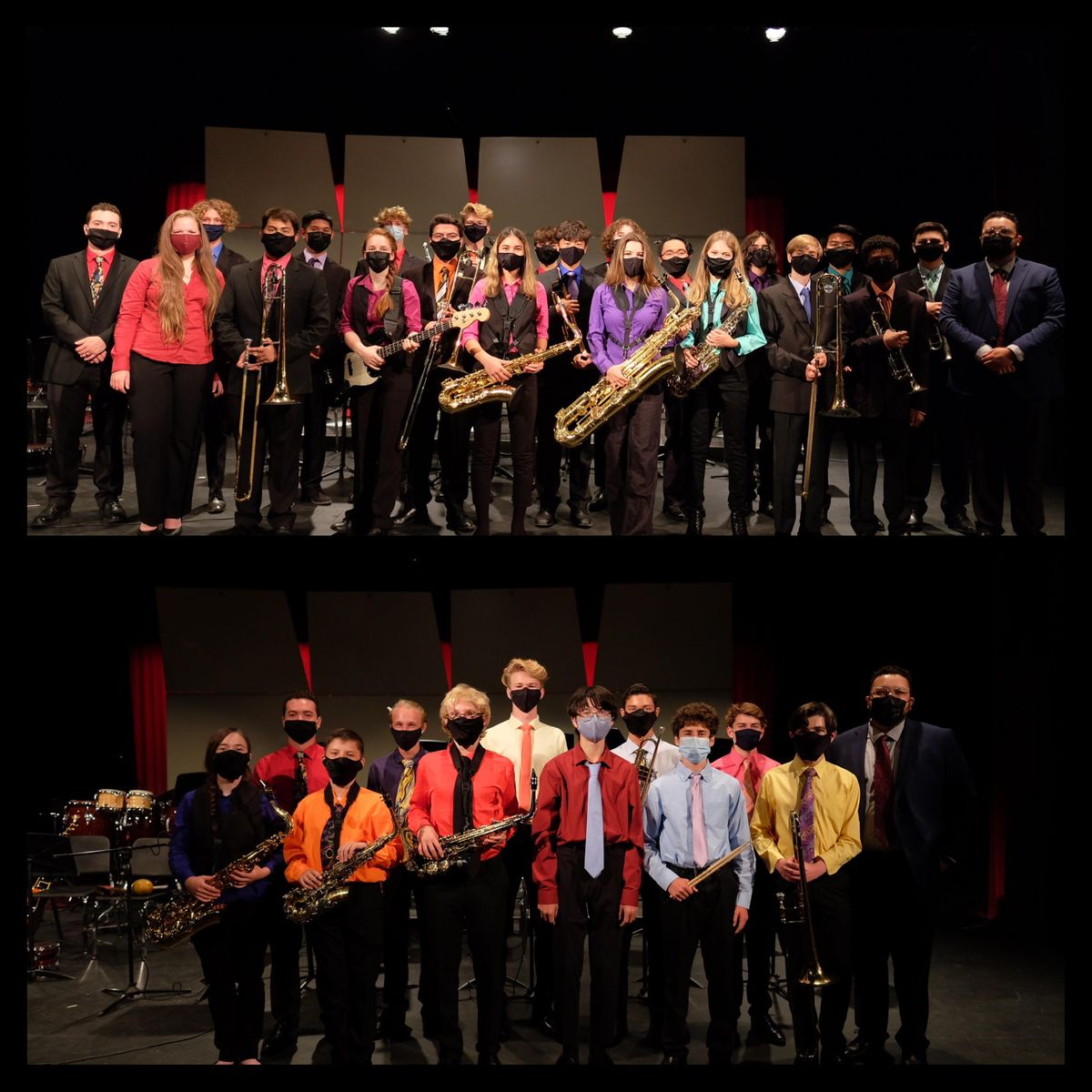 These two accomplished jazz bands from Walnut Creek are directed by Roberto Garcia-Leiva, newly appointed Instrumental Music Director at Northgate High School. A graduate of California State University, East Bay, he has performed in jazz groups and classical groups around the Bay Area. He was appointed as the inaugural associate conductor for the East Bay Youth Orchestra for their 2018-2019 season. He has performed in big bands alongside artists such as Lauren Sevian, Dann Zinn, Wayne Bergeron,Terri Lyne Carrington, Tia Fuller, and Geoffrey Keezer.

5-time Winner of the Big Band Competition at the Next Generation Jazz Festival in Monterey--and finalist for the past eleven years--JB I performed back-to-back appearances at the world-renowned Monterey Jazz Festival from 2014 – 2019! This advanced group is also CAJ State Champion HS Jazz Band for 2014 and 2016. The band won its division at the 2017, 2018, and 2019 Folsom Jazz Festival, and was the winner of the 2015, 2018, and 2020 Folsom Jazz Festival HS Big Band Sweepstakes and runner-up for the same sweepstakes in 2016 and 2019. Additionally, Jazz Band I took top honors at the 2018 and 2019 El Cerrito Jazz Festival. The band has worked in past years in clinics and performances with Sean Jones, Francisco Torres, Edgardo Cambón, Carl Allen, Tamir Hendelman, Mary Fettig, Josh Shpak, and Michael Miller, among many more.

Jazz Band II enables additional students to perform and develop soloing skills in a rigorous jazz environment. This group has earned many honors and awards at several jazz festivals and competitions including the Best Saxophone Section Award at the 2019 El Cerrito Jazz Festival. Jazz Band II also participates in community events with the Big Band of Rossmoor and at the Mt. Diablo Music Education Foundation's Music Festival.

Accolades for both bands include individual student awards for outstanding soloists/musicianship, scholarships, and placements in district, county, state, and national honor bands.

The Northgate HS Jazz Program has performed at Yoshi's for 14 years and is excited to share an evening of jazz with you! You can catch the hottest show in high school jazz at our appearance at Yoshi’s, Monday, May 23 at 7 p.m. and 9 p.m. Order now as both shows sell out fast!

Tickets for NORTHGATE HIGH SCHOOL can be booked here.