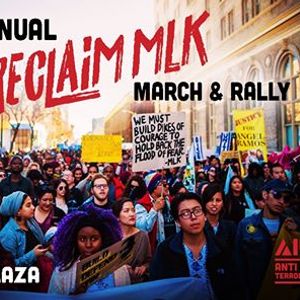 Gather your friends and family. Reach out to your schools, unions, churches and other organizations. We're organizing for the 6th Annual Reclaim MLK's Radical Legacy Rally and March.

On Monday, January 20, the Anti Police-Terror Project will lead a mass mobilization of people from across the Bay Area starting at Oakland’s Oscar Grant Plaza, 14th and Broadway, for the 6th Annual March and Rally to Reclaim King’s Radical Legacy.

Join APTP for the 6th annual Reclaim Kings Radical Legacy March. For six years running, the APTP Reclaim MLK event has been the only MLK March in the city of Oakland and is looked to by hundreds of Oaklanders as one of the premiere events of the year; bringing together people across race, class and political ideology with a commitment to build a just and equitable Oakland that Dr. King would be proud of.

For decades, MLK’s legacy has been whitewashed. Often portrayed as a passive figure, in truth he was a radical leader demanding rational change: an end to capitalism, to war, to empire, to poverty, and to white supremacy. Communities in Oakland and across the country take this opportunity every year to celebrate the true spirit of this revolutionary.

ACCESSIBILITY INFORMATION:
Kid & family friendly!
Snacks & water provided
Porta potties available throughout the event at Oscar Grant Plaza, including 1 ADA
Scent-free zone will be created at beginning & end rallies, as well as supported during the march. *Please come to the march as scent-free as possible!*
Seating available at beginning & end rallies
ASL interpretation provided
Spanish language interpretation provided
Vehicle transport available during the march! Access vehicles will be following right behind the crowd. Currently no vehicle is able to transport someone in a wheelchair.
Medic team - both for medical & mental health crises - will be on site throughout the whole event

A weekend of events leading up to Monday’s Rally and March include:

Alternatives to Policing: How Not to Call the Police, Sunday, 1/19/20, 2-5pm, First Congregational Church of Oakland, 2501 Harrison St, Oakland

Message or email us if you'd like to get involved in the planning: YXB0cGluZm8gfCBnbWFpbCAhIGNvbQ== 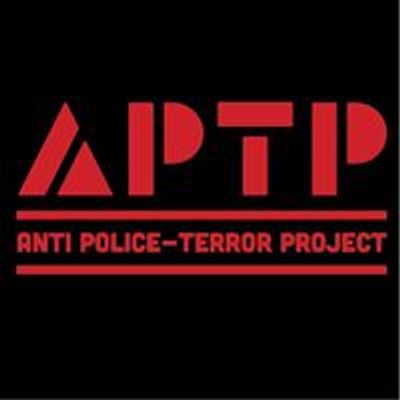