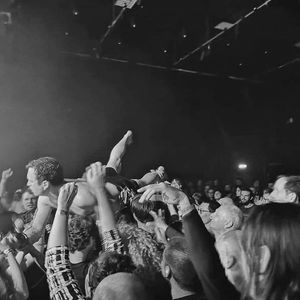 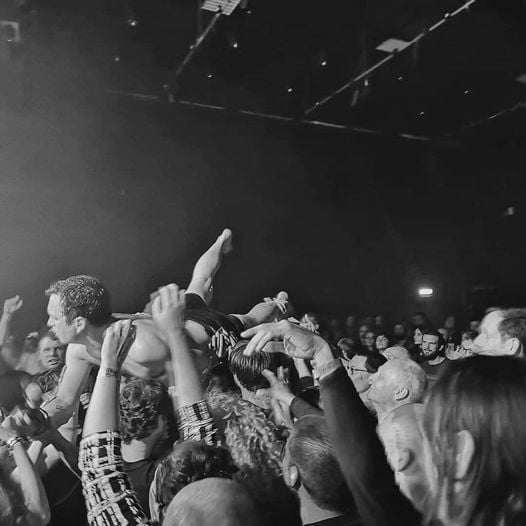 “I learned long ago, never to wrestle with a pig” reasoned George Bernard Shaw. “You get dirty, and besides, the pig likes it.” True to form, Pigs Pigs Pigs Pigs Pigs Pigs Pigs have left the wiser of us aware that they are no band to be messed with. In the seven years since this band’s inception, the powerful primal charge at their heart has been amplified far beyond the realms of their original imagination. What’s more, no one has been more taken aback by this transformation than the band themselves.

This culminated recently at a sold-out show at London’s renowned former fleapit Scala “That was the first gig where we were properly smacked with a feeling that something had shifted” reflects vocalist Matt Baty. “Something big and bold and positive. I felt quite overwhelmed with emotion at one point during that show. I’m not sure anyone paid to see me cry onstage, but I was close.”

This upward trajectory has done nothing to make the Newcastle-based quintet complacent however, as they’ve used the cumulative force behind them as fuel for their most ambitious and hard-hitting record yet. ‘Viscerals’, their third proper is an enormous leap forward in confidence, adventure and sheer intensity even from their 2018 breakthrough ‘King Of Cowards’. Incisive in its riff-driven attack, infectiously catchy in its songcraft and more intrepid than ever in its experimental approach, ‘Viscerals’ is the sound of a leaner, more vicious Pigs, and one with their controls set way beyond the pulverising one-riff workouts of their early days.

Whilst the fearsome opener ‘Reducer’s battle cry “ego kills everything” brings a philosophical bent to its Sabbathian abjection, elsewhere ‘Rubbernecker’ may be the most melodious ditty this band has yet attempted, redolent of the debauched swagger of Jane’s Addiction. Meanwhile the sinister sound-collage of ‘Blood And Butter’ delves into jarring abstraction anew, ‘New Body’ countenances a bracing Melvins-and-Sonic-Youth demolition derby and - perhaps most memorably of all - the perverse banger ‘Crazy In Blood’ marries MBV-ish guitar curlicues in its verses to a raise-your-fists chorus worthy of Twisted Sister or Turbonegro.

Yet Pigsx7 have effortlessly broadened their horizons and dealt with all these new avenues without sacrificing one iota of their trademark eccentricity, and the personality of this band has never been stronger. “We’re a peculiar bunch of people - a precarious balance of passion, intensity and the absurd” notes Baty. Indeed, locked into a tight deadline in the studio, the band were forced to rally forces and to throw everything they had into created as concise and powerful a statement as could be summoned forth. “We booked dates in Sam’s studio before we’d written 80% of the album” reveals guitarist Adam Ian Sykes “We definitely thrive under pressure. It’s stressful but that stress seems to manifest itself in a positive way”.

Yet for all that this record is the most far-reaching yet, its ability to get down to the nitty-gritty of the human condition is implicit from its title outwards. “Viscerals is reflection of many things I guess” says guitarist Sam Grant, whose Blank Studios was the venue in question for the band (whose rogues gallery is completed by bassist John-Michael Hedley and drummer Christopher Morley). “It’s the internal; it’s our health and physicality; it’s bodily and unseen; it’s essence that forgoes intellect; and it’s not a real word!”

“At times it feels like we’re on a playground roundabout and there’s a fanatical group of people pushing it to turn faster” reckons Baty. “Then when it’s at peak speed they all jump on too and for just a few minutes we all feel liberated, together.” Such is the relentless momentum of this unique and ever-porcine outfit; hedonists of the grittiest and most life-affirming ride in the land, and still the hungriest animals at the rock trough. 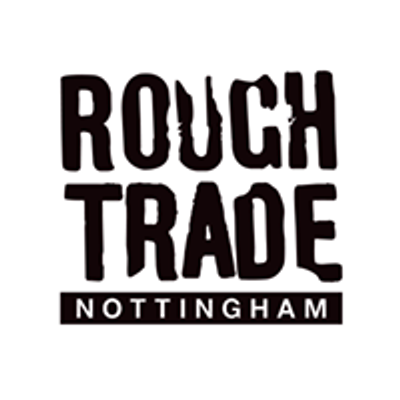