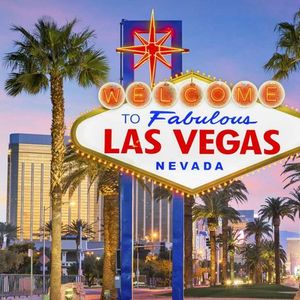 THE ALL-STARS ARE GOING TO VEGAS, BABY!!

Who is interested to play the "International Las Vegas Hockey Classic 2023" in Las Vegas (USA) from 1st to 5th March 2023??
Notice: During the tournament days there are three NHL home games of the Golden Knights.
1st March vs. Carolina Hurricanes
3rd March vs. New Jersey Devils
5th March vs. Montreal Canadiens
www.nhl.com/goldenknights

We're searching for teams who wanna play in this tournament but also individual players are able to join and play for our mixed team.

Join our WhatsApp group for all details and questions:
https://chat.whatsapp.com/Lo5iVtwNDHvAjSmVGc5UIU

TOURNAMENT CITY:
Las Vegas, often known simply as Vegas, is the 25th-most populous city in the United States, the most populous city in the state of Nevada, and the county seat of Clark County. The city anchors the Las Vegas Valley metropolitan area and is the largest city within the greater Mojave Desert. Las Vegas is an internationally renowned major resort city, known primarily for its gambling, shopping, fine dining, entertainment, and nightlife. The Las Vegas Valley as a whole serves as the leading financial, commercial, and cultural center for Nevada.

TOURNAMENT FORMAT:
Recreational ice hockey teams from all over the world.
It will be a non-checking tournament!!
Guaranteed at least four tournament games with 2x 20 minutes.
Ice preparation after every game.

TOURNAMENT LOCATION:
All details will be confirmed the next weeks!!

TOURNAMENT HOTEL:
When a few guys have signed up we'll decide if we take the tournament package included hotel or booking a hotel on our own.

We need from every player a 200.- Euro deposit until end of October (Notice: "First Pay-First Play"). The remaining money have to be paid until end of December.

You may also like the following events from Rainman All-Stars: