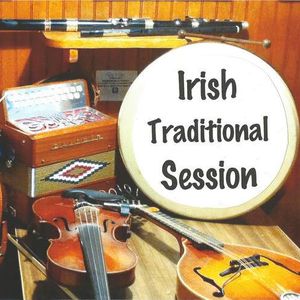 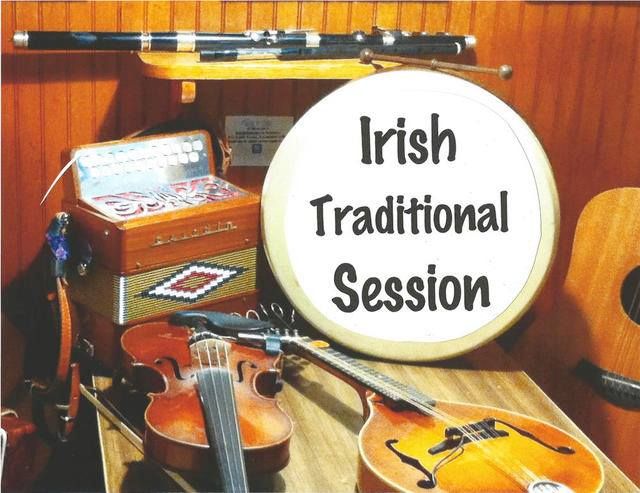 Come join us for an evening of fantastic Irish folk music. An informal gathering of local musicians, playing traditoinal Irish music
Hope to see you there SLAINTE!

What is a Session?
Typically, the first tune is followed by another two or three tunes in a set. The art of putting together a set is hard to put into words, but the tunes must flow from one to another in terms of key and melodic structure, without being so similar as to all sound the same. The tunes of a set will usually all be of the same sort, i.e. all jigs or all reels, although on rare occasions and amongst a more skilled group of players a complementary tune of a different sort will be included, such as a slip jig amongst the jigs. Although stage performers sometimes arrange sets of reels and jigs together, this is uncommon in an Irish session context.

Some sets are specific to a locale, or even to a single session, whilst others, like the "Coleman set" of reels ("The Tarbolton"/"The Longford Collector"/The Sailor's Bonnet"), represent longstanding combinations that have been played together for decades. Sets are sometimes thrown together ad hoc, which sometimes works brilliantly and sometimes fails on the spot.

The term 'set' is used for groups of three or more tunes, and for the 'set' dances which those tunes were originally arranged and played for. As the music was originally played for dancers, typically at 'house dances', a large number of standard sets (of tunes) were developed to suit the various dance sets.

After one set ends, someone will usually start another. A 'regular' at the session may launch into a set, knowing that many or all of the musicians know the tunes; a visitor starting a set will check that at least some of the other musicians know the tunes. While there may be occasional singing at a session, solo playing is not part of the session, nor is the session an opportunity to 'show off', or demonstrate 'party pieces'. The origin and spirit of the session, playing standard sets for dancers, ensures that individual musical virtuosity is less valued than the collective effort. It also ensures that visitors from other sessions will know many of the tunes and be able to participate, in true 'bothántiocht' style

You may also like the following events from Grace O'Malley's Irish Pub & Restaurant: