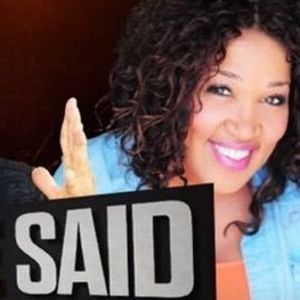 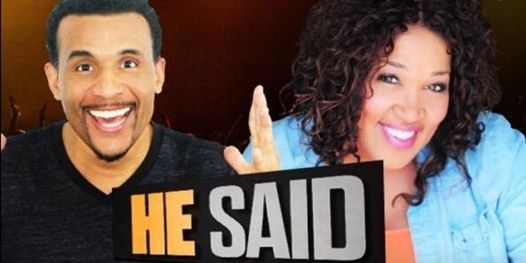 
BATTLE OF THE SEXES as these two have you rolling off your seats.

KYM WHITLEY
In 1989, Whitley got her big break starring in Shelly Garrett's popular play Beauty Shop which started in Los Angeles then later traveled across the U.S. Whitley's major acting roles include My Brother and Me and Sparks. She made guest appearances in several television sitcoms, including The Parent 'Hood, Married... with Children, Moesha, That's So Raven, The Parkers and Curb Your Enthusiasm. She also hosted the short-lived BET show, Oh Drama (2000). She also had a small role in Next Friday as Craig's aunt Suga. She was one of "The Adults" in the earlier seasons of All That. "The Adults", as they were called, were grown-up featuring cast members that appeared in sketches with the regular cast. In the early spring of 2010, Whitley was a co-host with R&B musician, Brian McKnight on the short-lived talk show, The Brian McKnight Show. From 2012 to 2013, Whitley had a recurring role on the BET comedy Let's Stay Togetheras Charmaine Wax.


Kym's docu-series entitled Raising Whitley on the Oprah Winfrey network (OWN) premiered on April 20, 2013 with a total of 1.2 million viewers making it the fifth biggest premiere in the history of the network.[3] Due to the success of the first season, OWN ordered a second season, which premiered on January 4, 2014.

You’re probably asking yourself “Who is David A. Arnold?” Don’t feel bad, David answers that question in his latest self-produced stand up DVD “I’ve Never Heard of You Either!” More and more people became aware of Arnold’s stand up presence when he was selected to perform on the premiere of Russell Simmons’ presents “The Ruckus” on Comedy Central. Also dates with “Shaq’s All Star Comedy Tour” has raised David’s profile as well. David has always been the in charged of his own career from the time he also released another self produced DVD entitled, “The Next Level Comedy Series-Light Skin-Dark Skin” with fellow funny man Rodney Perry (co-host The Monique Show). Arnold also teamed up with Damon Wayans, Anthony Hill and Bentley Evans to create and produce 10 sit com episodes of his own show “Life With Dave” a show based off his popular internet VLOGS and his stand up comedy.

David’s gift to make people laugh can be traced back to his very first recorded performance on his comedy CD “Cause I Gotta go to Work in the Morning”, which was released under Uproar Entertainment records and is available in all major music outlets across the country. Arnold possesses a fresh, edgy humor that keeps you laughing and thinking at the same time. His unique opinions on life, love and family are enough to bring a breath of fresh air to any stage.
Arnold has written on TV shows like The Rickey Smiley Show for TV One, Tyler Perry’s House of Payne and Meet the Browns. As well as landed a reoccurring role on Meet the Browns as “Darnell” the irresponsible teacher. David also hosted the first season of TV One’s “Black Men Revealed” where he uses his sense of humor to bring real issues to the table between black men and women. David added Director to his list of accomplishments by releasing a series of his short films “Because My Stand Up is not Enough!”, “Til’ Death Do Us Part?”, and “The Garage Sale”, all which won awards at film festivals, including the Hollywood Black film Festival, the Pan African Film Festival, Boston Film festival and Santa Barbara Film Festival.
David has performed at the Montreal Comedy Festival, on Comedy Central’s Laffapaloozawith Jamie Foxx and Cedric the Entertainer, The Tom Joyner Show, Baisden After Dark, Comics Unleashed with Byron Allen, BET’s Comicview, The Monique Late Night Talk show, HBO’s Entourage and Def Comedy Jam.

Tickets for HE SAID, SHE SAID KYM WHITLEY & DAVID ARNOLD can be booked here.