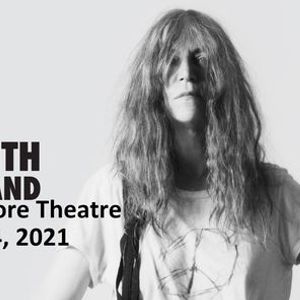 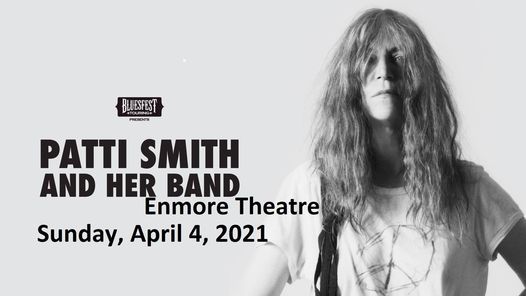 After an award-winning sell out Australian tour in 2017, the Godmother of Punk – Patti Smith is returning to play Melbourne and Sydney in 2021!
Just when we thought it was all over, Patti called and said ‘I’d like to do it all over again. I’m ready if you are!” How could we refuse? The living legend that is Patti Smith added ‘It was just such a great trip. I really thought that I wouldn’t be able to come back – so I’m delighted that I was wrong’.
Smith’s legacy as an artist is already guaranteed. Her debut LP ‘Horses’ has been cited as one of the greatest albums of all time from numerous sources including NME and Rolling Stone and marks the beginning of a long and significant musical career for Patti Smith, one that resonates even greater today and has inspired countless others along the way. 'Horses' was followed by another nine albums of original material, books of poetry and a best-selling memoir, an induction into the Rock and Roll Hall of Fame, world tours and personal appearances.
Her award-winning books are ‘M Train’ (2015), ‘Just Kids’, and most recently ‘Year of the Monkey’ released on 24 Sept 2019. Aside from recording, performing, art and writing, Patti is strongly involved in social issues and continues to participate in various human rights organisations.
We are thrilled to welcome the seminal and legendary poet and punk rock artiste Patti Smith back to Australia with open arms!

You may also like the following events from Patti Smith tour 2021:

Tickets for Patti Smith and Her Band | Enmore Theatre can be booked here.