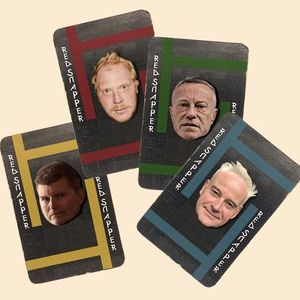 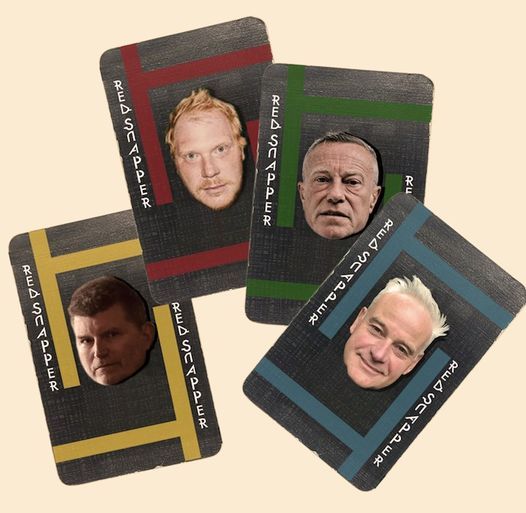 Red Snapper are excited to announce that they will be releasing new material on Lo Recordings in 2020. An initial three singles will be released starting in the summer with the track Truth 1; an exalting and impassioned piece of afro-jazz which is the perfect segue from their last recorded material, the soundtrack album Hyena. An album will follow the singles in 2021.

The band are very proud that their track Spikey has been featured on El Camino, the recently released Netflix Breaking Bad film directed by Vince Gilligan.

The compilation of the EPs ‘Reeled and Skinned’ was released on Warp Records who consequently released the acclaimed Prince Blimey in 1996 (with Ollie Moore from Pigbag on sax and Anna Haigh on vocals).

Over these initial years the band toured globally and supported the likes of Massive Attack, Bjork, The Prodigy, De La Soul and The Fugees. They also acquired a reputation for innovative and expansive remixing – reworking tunes by Trouble Funk, Garbage, Lamb and Edwyn Collins amongst others.

After a break, in 2003 the band released the eponymous ‘Red Snapper’ on Lo Recordings, a mix of new tracks and live recordings.

The album ‘Key’ was released on V2 Records in 2011 and featured vocals by Eliza Carthy and Gavin Clarke (Clayhill and Unkle).

In 2013 Red Snapper composed a new soundtrack to the 1970’s Senegalese, psychedelic road movie ‘Touki Bouki’ which had been restored by Martin Scorsese. The band toured Europe performing the soundtrack live to the film, culminating in the celebrated sell-out show at The Queen Elizabeth Hall on London’s Southbank.

In 2014 the album ‘Hyena’ was released on Lo Recordings featuring all the music from their original film score.

In 2016 Red Snapper toured a performance of the full 1996 album ‘Prince Blimey’ for the first time ever to mark its 20th anniversary. It was incredibly well received.

The band continue to tour; in Summer 2019 they played Beatherder and Shiiine-On festivals in the UK, and then performed brand new material to sell-out crowds in Russia in October.

During the debilitating lockdown Red Snapper have taken the opportunity to concentrate on working on their upcoming album.

Tickets for RED SNAPPER // The Cluny can be booked here.