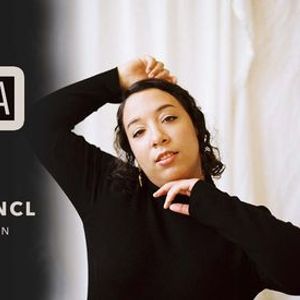 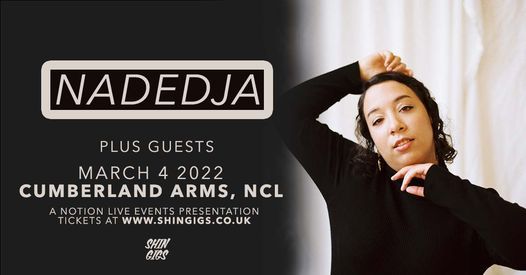 
Collecting stories from a life led across Brazil, North America and the UK, Nadedja’s songwriting is soulful, truly inspiring and utterly unique. Her dreamy sound emerges from beautiful alt-pop soundscapes, mellow keys, intoxicating electronics and breathtaking vocals. It’s the perfect framework to highlight her inspiring storytelling; the kind of reflective, open and heartfelt lyricism you’d expect from such a unique life story.

Described as “classy, dynamic and impressive”, Nadedja’s music has always had the power to mesmerise and captivate audiences - an uncanny, intrinsic talent first visible as a 12-year-old songwriter. Her beginnings took inspiration from the likes of Norah Jones, Sara Bareilles and Tom Petty, and more recently Céu, Maggie Rogers and Rosalía.

Since the release of her latest singles in 2021, Nadedja has been awarded the esteemed Help Musicians ‘Do It Differently Fund’ and Sage Gateshead’s coveted ‘Summer Studios’ residency. She’s gained national radio airplay on BBC Radio 6, has been shortlisted as a Fresh Fave on Tom Robinson’s ‘Fresh on the Net’ blog and has been chosen as one of Spotlight UK’s ‘Upstarts of 2021’. Nadedja has been championed by BBC Introducing, appearing on BBC North East’s monthly playlist and BBC Sounds podcast, ‘The Next Episode’. She’s also been supported by Amazing Radio, as well as making waves across the world, performing live on Brazilian TV and gaining followers and thousands of streams from 78 different countries.

Nadedja’s live appearances include Latitude, Dot To Dot, Songs From Northern Britain, Platform and Munro festivals, as well as Sofar Sounds. She’s supported acts such as Rose Cousins and Cattle & Cane in sold-out shows, and continues to gig regularly throughout the UK.

Her music has been championed by many publications and blogs, including NARC. Magazine, Spotlight UK, Living North, Le Future Wave, Conversations About Her, Keep Walking, Popmuzik, A1234, Phonograph Me, Celula Pop, Trust The Doc, Wolf in a Suit, HRMNY, Ear to the Ground music and She Makes Music UK.

You may also like the following events from Shin Gigs:

Tickets for Nadedja - Live In Newcastle can be booked here.