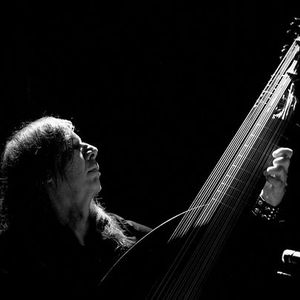 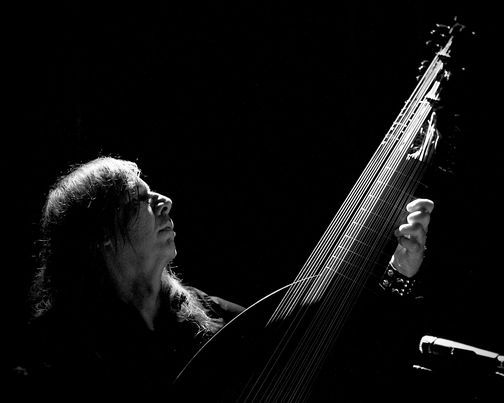 "It looks like he's getting his chance: His fantastic new collaborative LP with film director and electric guitarist Jim Jarmusch, Concerning the Entrance into Eternity, has already earned a spree of celebrity-watch attention."
– Pitchfork

"Given his prolific, and in places, stunning back catalogue (including artistically successful and high profile collaborations with the likes of Jim Jarmusch and James Blackshaw) it would seem that he has a point." – The Quietus

According to the Quietus "Jozef Van Wissem is possibly the best know lute player in the western world. To get into his world is to surrender to the inevitability - and time-lessness - of a strange music created at its own pace, in a manner wholly of its creator's making. He sets the listener into a private world, looking out through a glass darkly, such isthe intense quality of music. Brevity, simplicity, directness is the key".

Van Wissem is ‘both an avant-garde composer and a baroque lutenist, and thus no stranger to dichotomy’ (New York Times). He has been ‘pushing the lute’s agenda out of the academy and into more accessible circles’ (Pitchfork). He's performed over 1200 solo lute concerts in churches and at concert venues around the world, including prestigious rock festivals like ATP and Primavera Sound, playing his all black, one-of-a-kind baroque lute custom build for him. The titles of his works often have a Christian-mystical appeal. Van Wissem moved to New York in 1993 and studied lute with Pat O'Brien. In 2013 he won the Cannes Soundtrack Award for best score at the Cannes Film Festival for "Only Lovers Left Alive". Van Wissem has released four records with the film director Jim Jarmusch.

He was commissioned to compose a sound piece for Hans Holbein’s painting ‘The Ambassadors” (1533) by the National Gallery. In December 2017 he was invited to perform the madrigal depicted in Caravaggio’s painting ‘the Lute Player ‘(1596) at the Hermitage museum. In 2020 he re-leased “Ex Mortis” inspired by the Book of Special Grace written by the German nun Mechthild of Hackeborn and her sisters in the 1290s. On the record he sings with Jarboe (Swans). The title “Ex Mortis” he had inscribed on the neck of his third unique black lute, especially build for him.

“As impressive as the lute itself is, it’s really just a tool van Wissem uses to realise his musical vision. Simultaneously austere and lush, van Wissem’s music draws inspiration from the repeating patterns of minimalism, provoking for listener and performer alike a transcendental state — meditative, but exciting.” – NPR, David Garland

“The version of "You Know That I Love You" is exceptionally gorgeous, and the new black and white video featuring moribund lilies springing to life amidst the ebb and flow of water is stunning and conveys the emotional intent of the music. Utterly irresistible.” – Popmatters

"When you think of a lute, a medieval bard in velvet might come to mind. But Jozef Van Wissem takes the lute from an instrument of ancient times to a modern melody with a pulsing beat and haunting vocals." – Cvlt Nation