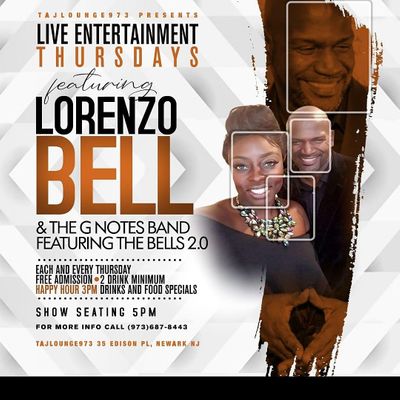 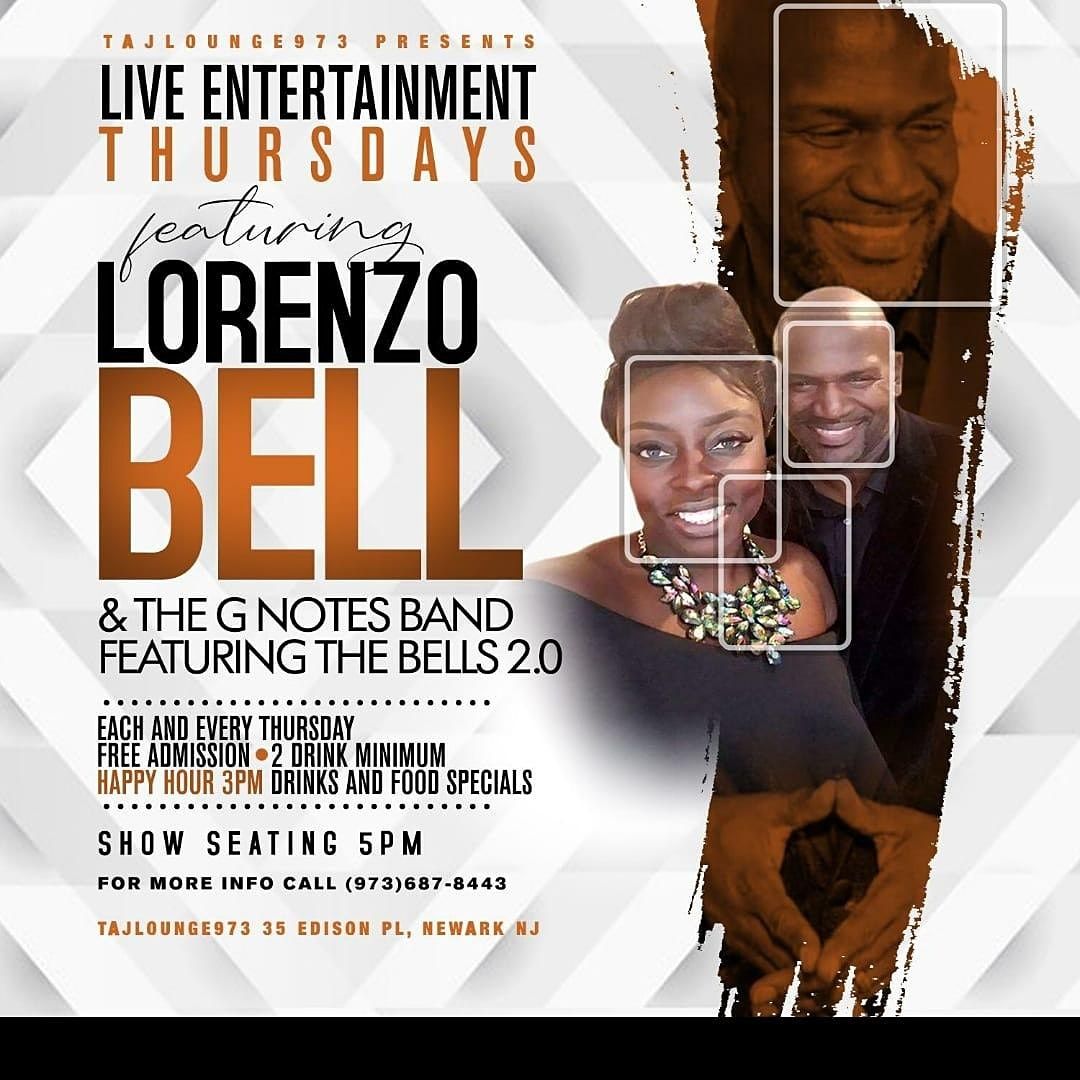 Come out to have a great time, and listen to some great music. Lorenzo Bell and the G Notes band featuring The Bells 2.0. Lorenzo Bell, the lead singer of the R&B Hall of fame singing group Double Exposure ( Ten Percent, My Love is free) has decided to bring his own twist to the live music/ open mic era with the G Notes band. The G notes band features a few of Jersey's finest musicians in Mike Parker ( Keyboards) , Kevin Bowden ( drums) and Cliff Kee ( Bass). Lorenzo is joined by Nneka Bell as the duet singing group The Bells 2.0. This group performs duet hits from acts like Loose ends, Shalamar , Alexander O'Neil and Cherrelle and more. The night also features an Open mic for aspring artists, & brave performers. The night is guaranteed to bring out the best talent in the Tri-state area.

Born and raised in The Bronx N.Y., Lorenzo has performed with various bands and as a solo artist in the United States and abroad. Lorenzo can perform various types of music from Smooth R&B, Classic Hip Hop., and HIP Hop Soul . Lorenzo has opened and performed with acts such as Joe. Mary J Blige. Evelyn Champagne King , James “J.T.” Taylor from Kool and the Gang, Harold Melvin’s Blue Notes, Ladies of Skyy, First Choice , The Jacksons and more. A founding member of the Gentlemen of Soul, Tri State's Top Soul Revue group which performs legendary hits from the 70's to the 2000's .