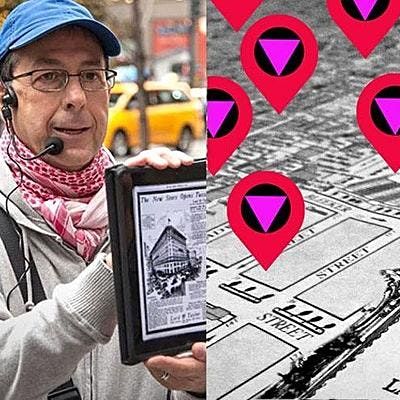 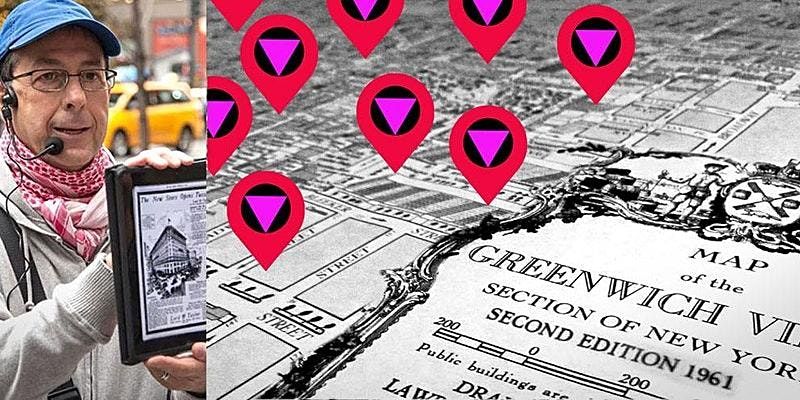 Learn the history of LGBTQ bars, lounges, and social spaces in Greenwich Village while visiting the sites of existing and past landmarks.

Join Out Professionals Members and friends to explore LGBTQ history as played out in sometimes notorious speakeasies, bars, and clubs.
https://cdn-az.allevents.in/events9/banners/7c572c70-145b-11ec-96ef-75fa0e6beff5-rimg-w720-h474-gmir.jpg

For decades bar culture has loomed large in the LGBTQ community. During this three-hour stroll, learn why bars have played such an outsized role in gay life. Join us as we tip back our glasses at four special gay/lesbian bars, on an entertaining tour of Manhattan’s most storied neighborhoods.

During our walk, we will see the site of former LGBTQ bars, clubs, and speakeasies, and visit some of those that are open today. The tour stops for optional beverages at The Cubby Hole, Henrietta Hudson's, the Stonewall Inn, and Julius.

Our tour begins at 2:00 PM sharp, rain or shine, at the LGBT Community Center, 208 West 13th Street, between 7th and 8th Avenues. Subway: 1/2/3, A/C/E or F/M to 14th Street; L to 6th or 8th Avenue. After viewing the Center’s famous Keith Haring bathroom (now a meeting room), we explore the rich history of West Village watering holes. Refreshments on your own. Tour ends at approximately 5:00 PM at the historic Julius bar.

Due to the fluid nature of this unique walking tour, we highly encourage that you allow for an extra hour after the official end time. This will allow you the flexibility to enjoy all four of the historic venues where we stop for beverages. You may also want to consider at the end. Plan ahead and enjoy this special, rarely-given tour to the fullest!


Want to save $10 on admission to this tour and attend many events free? . Starting at just $65/year, membership gives you complimentary access to every monthly networking event and Out Pro webinars for a full year, savings on excursions, as well as other benefits. .
https://cdn-az.allevents.in/events3/banners/7ce71060-145b-11ec-96ef-75fa0e6beff5-rimg-w720-h376-gmir.jpg

To attend this in-person event, every registrant must agree to the following:

(shown above in main image), founder of , is licensed by the city as a Tourist Guide. In addition to tours of such quintessential spots as Central Park and several different art tours of the New York City Subway, Phil has developed and leads the Gay Graves Tour at Brooklyn’s Green-Wood Cemetery, a National Historic Landmark.

You may also like the following events from Out Professionals: