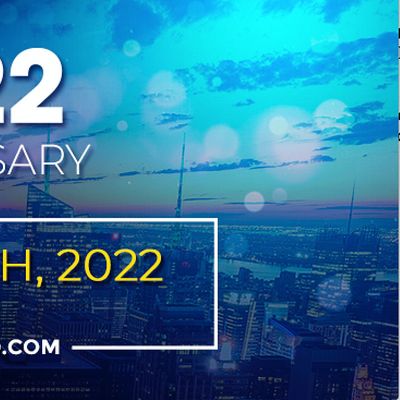 The Event Planner Expo is New York City's #1 Networking Event and Trade Show for the events and hospitality industry. This unique, multi-day day event features more than 150 booths of venues and event services and thousands of attendees including top event & meeting planners, key decision makers, corporate executives, creative directors, sales & marketing professionals, HR & PR execs, and more. Not only is The Event Planner Expo an amazing opportunity to network with other event professionals in attendance and create lasting business relationships, it is also your one stop shop for finding everything you need to create flawless events for years to come.

And Many More Amazing Business Thought Leaders to be announced soon....

Build Your Life Resume is his “all-in” group coaching program for anyone that wants to take specific steps toward improving their mindset, business, training and nutrition. The focus of the course is on personal growth in all areas of our lives (business, family, personal, physical), getting out of a rut, challenging ourselves and tapping into reserve tanks that we all have…but so few of us access.

Jesse wrote and performed the NBA's Emmy Award-winning "I Love This Game" music campaign and the popular New York Knicks anthem "Go NY Go." When he's not running ultra-marathons, eating vegan food or being a dad to his four kids, Jesse can be found at the NBA's Atlanta Hawks games, where he's an owner of the team. He is married to Spanx founder Sara Blakely.

Jason Feifer is the editor in chief of Entrepreneur magazine, and host of two podcasts: Build For Tomorrow, a show that reveals why our modern concerns aren’t actually that scary; and Problem Solvers, about entrepreneurs solving unexpected problems in their business.

He is currently writing a book - Build for Tomorrow, Not for Yesterday about how to find opportunity in change, to be published by Penguin Random House in September of 2022. His previous book, a romantic comedy that he wrote with his wife called Mr. Nice Guy, is currently being developed for television.

Prior to Entrepreneur, Jason has worked as an editor at Men's Health, Fast Company, Maxim, and Boston magazine, and has written about business and technology for the Washington Post, Slate, New York, and others.

Tickets to The Event Planner Expo are non-refundable.

Must be fully vaccinated to enter all events.

Please be prepared to show proof of vaccination upon entry.

All sales are final.

No children will be permitted to enter.

Tickets for The Event Planner Expo 2022 - 10 Year Anniversary can be booked here.

The Event Planner Expo
Follow Contact
About The Host: On October 2-3, 2018 we will be hosting The Event Planner Expo: We are bringing together the biggest names in Event Planning, all under one Roof.
Website Link: http://www.theeventplannerexpo.com
Are you the host?
Nearby Hotels The Metropolitan Pavilion, 125 W 18th Street, New York, United States
Event details from Eventbrite Report a problem ?