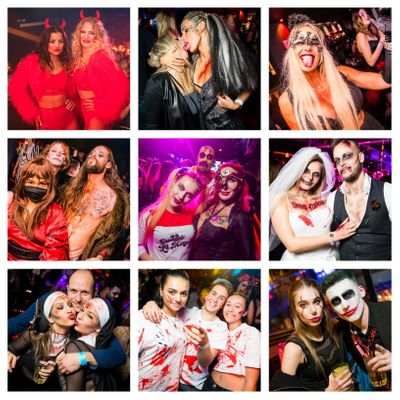 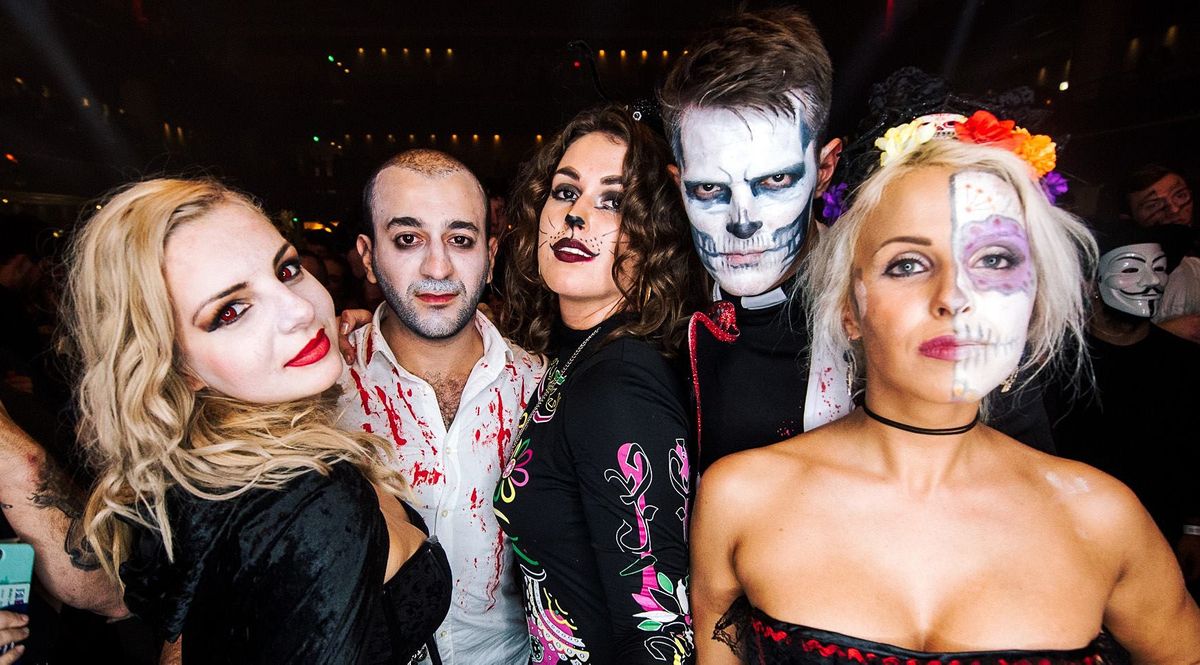 The World Famous Stage 48 Halloween Costume Contest. This is no ordinary costume contest - some of the most elaborate, horrifying and sexually deviant costumes in the world will be on stage. And the top 3 winners will walk home with prizes totally $1000 (don't worry, we provide a security escort out of the building). Blood sucking aerial performances and shocking fire displays will take place throughout 4 rooms and 50,000 square feet of pure terror. Six possessed DJs will provide a shamanic soundtrack that will keep partygoers rocking to a ghoulish rhythm until the wee hours of the morning. For VIP Table Packages : www.MonsterBall.orgThe Biggest, Sexiest & Naughtiest Halloween Parties in NYC.The Monster Ball concept and event was founded in 2013. It is the largest Halloween weekend events in New York City with over 10,000 people attending each year. The Monster Ball concept and event have grown massively since our inception. In 2015, the demand for the event grew so high that a second night had to be added to satisfy our audience. In 2017, Monster Ball went a step further and added our third night.For the last 6 years The Monster Ball has Dominated and Revolutionised Halloween parties in NYC by throwing the most outrageous events! The events have sold out every single year, and this year will be no exception! The 7th Anniversary of Monster Ball season promises to be bigger & better than ever, with more prizes, sexier & wilder acts, and a selection of the top local and international DJs!Join us on Thursday October 29th or Friday October 30th at Time Square’s Biggest Nightclub Stage48 NYC.Halloween Weekend 2020 in NYC is shaping up to be one of the most insane holidays of the year. Remember going door-to-door trick or treating every Halloween? Well the impressive grown up version is clubbing for Halloween! Except the costumes are wilder & dollars are up for grabs @ Stage48 Not to mention the DJs this Halloween are some of the most famous performers in NYC.You are cordially summoned to join Manhattan's beautiful angels, demons and the lost ones in between as we delve into the opulent world of incomparable hedonistic revelry at its finest. Deep within the inner sanctums of Times Square's most divine mega nightclub rises The Monsters Ball 2019, events that will surely be the talk and toast of the New York City. Lose yourself surrounded by decadent debauchery, hellfire energy, sinful escapades and naughty masquerade.The Monsters Ball and Costume Parties are definitely going to be one of the best events going on this Halloween season in New York City ! The parties will take place at the world famous STAGE48, one of the most fashionable event spaces in Times Square NYC! The venue’s decor has been described as “high fashion,” and it even has a run way that goes down the entire room, so you’re gonna want to make sure that you come up with the best costume you can! Who knows, you may even take home a prize for best costume!Nightlife's foray into Halloween's signature diabolical mischief and mayhem behind the velvet ropes is surely not for the timid or the faint at heart! Highlights include:*Sponsored VIP Vodka Open Bar 9-10PM*Trick or Treat! Costume Contest with Cash Prizes* Live Performance by a world renowned DJ's spinning sets on a state of the art sound and intelligent lighting system* Immense 50,000sf layout with access to all floors,multiple dance floors, expansive bars and high soaring ceilings* Costume Contest with Cash Prizes For Best Costume...and our very own photographers to capture all the shameless mischief-making one weekend can handle! GENERAL ADMISSION : Sponsored VIP Vodka Open Bar 9-10PMCostume Contest with Cash Prizes For Best CostumeFeaturing a Celebrity DJ performanceAll sales are final. Tickets are non-refundable.VIP ADMISSION : All the benefits of Guest Admission ticketholders plusVIP Priority Admission on a separate VIP lineAll sales are final. Tickets are non-refundable.VIP BOTTLE PACKAGE : Includes all Guest Admission benefits4 VIP Complimentary Tickets1 Bottle of Premium BottleReserved banquet seating in the VIPCocktail service at your table and mixers will be providedVIP Priority Admission on a separate VIP lineBottle Service Gratuity is a mandatory charge; paid to the venue on the night of the event. It is NOT included in the package price.A major credit card and valid photo ID must be presented prior to being seated the night of the event.Sales Tax on liquor is included in the package priceIf your group is larger than 4, additional Royal VIP tickets can be purchased separatelyTickets and Bottle Package Purchases are NON-REFUNDABLE regardless of attendance21 & Over. Proper ID RequiredJust a friendly reminder of our dress code policy: Costumes Are Required!These event are 21 and over. Any Ticket holder unable to present valid identification indicating that they are at least 21 years of age will not be admitted to this event, and will not be eligible for a refund.Please note that buyers will not receive hard tickets with WILL CALL purchases/delivery methods. The buyer's name will be added to the WILL CALL LIST. Valid ID is required for WILL CALL LIST verification.Refund and Exchange Policy. There are NO REFUNDS and NO EXCHANGES. All ticket sales are final. These Tickets Can't Be Re-Sold.

MonsterBall.org
Follow Contact
This event is 21 and over. Any Ticket holder unable to present valid identification indicating that they are at least 21 years of age will not be admitted to this event, and will not be eligible for a refund. Refund and Exchange Policy. There are NO REFUNDS and NO EXCHANGES. All ticket sales are final....
Are you the host?
Nearby Hotels Stage 48, 605 West 48th Street, New York, United States
Event details from Eventbrite Report a problem ?