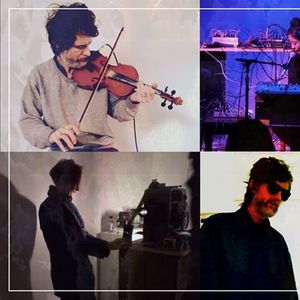 Lary 7’s “droney tone” piece is a hybridization of the worlds of film editing (rewinds) and repurposed light sensor tubes originally intended as synchronizers for photo studio flashbulbs. The technology converts light into very detailed sound textures, functioning as a microscope for sound. The light source is derived from two strobotac laboratory oscillator-driven neon tubes originally designed under contract of Harold Eugene Edgerton, known as “Papa Flash,” the inventor of the modern day strobe in the 1930s. The result of this highly technical unison technologies is quite hypnotic, atmospheric, and, in Lary’s words “pretty hard to describe without seeing-hearing.”

Born in Buffalo, New York, Lary 7 is a multimedia artist who coaxes profane, inscrutable sounds and images from various mysterious devices. Eschewing the digital, his work mainly features vintage and forgotten electronic instruments and technologies. In the past he has taken the unique approach of modifying household appliances in order to give them a musical voice. Lary is a co-founder of Plastickville Records and has been a major figure in the New York experimental underground music scene since 1970. He has worked on exceptional musical projects with diverse artists including Jimi Tenor, Jarboe, Foetus, Tony Conrad, Alexander Hacke, Larry Mullins, Dorit Chrysler, Bernhard Gal, Jacob Kirkegaard, Gen Ken Montgomery, and Gordon Monahan. In 2016, ISSUE commissioned Lary 7 to create Owl Movie, his first-ever fixed media film.

John Krausbauer is a composer/multi-instrumentalist/artist based in Oakland, CA and co-founder of the Los Angeles publishing label, Besom Presse. A long time purveyor of the ur-drone and trance-psychedelia, his compositional work involves audio transmissions for TOTAL/immersive experience. Transcendence through repetition, duration, alternate tunings, maximum volumes, and stroboscopic lighting. In recent years he has returned to improvisational playing and sought out particular collaborations to further explore his interest in improvisatory music making. He has performed and presented his music across N America, Europe, and Japan in a multitude of settings - from basements, sidewalks, and rock clubs to colleges, churches, and art museums. Over 20 recordings of his have been released on independent labels in the US, Europe, and Japan. His group and solo music can be found on Important, Beta-Lactam Ring, ANTS, Fabrica, Debacle, Autumn, Thin Wrist (upcoming), and a number of other international labels. His current music projects include the Ecstatic Music Band (a 10+ member-collective of strings players); solo music for amplified violin and tape; his collaboration with partner, Kaori Suzuki, with bells, voices, strings, electronics; the Minimalist psych-punk group Night Collectors; his systems-based phase compositions; as well as past and ongoing duo collaborations with Louisville resonator guitarist R. Keenan Lawler, NYC bagpiper David Watson, and Tokyo guitarist Tetuzi Akiyama.

Kaori Suzuki is a Tokyo-born music maker/composer living in Oakland, CA. Her spiraling sound visions often take form in long durations, using electroacoustic sound technologies, high-register electronics, modified acoustic instruments, and tape. She seeks to create heightened listening states, emphasizing finding ‘music’ within activated space-time. She has toured and performed her music in numerous venues and settings across the US, Japan, Europe, Mexico, and Canada, and has released her music on independent labels in Germany and the US. Her current projects include her solo compositions involving modified instruments and electronics; drumming in the Oakland-based Minimalist psych-punk group Night Collectors; playing cello and guitar in the Ecstatic Music Band; her durational music for vhf-combination tones; and on-going collaborations with John Krausbauer in immersive light/sound happenings.

You may also like the following events from Issue Project Room: 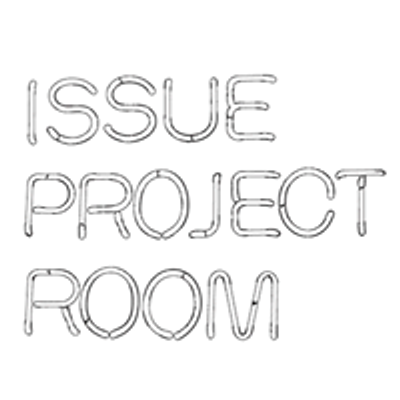