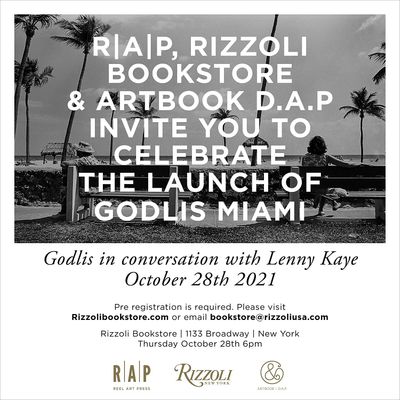 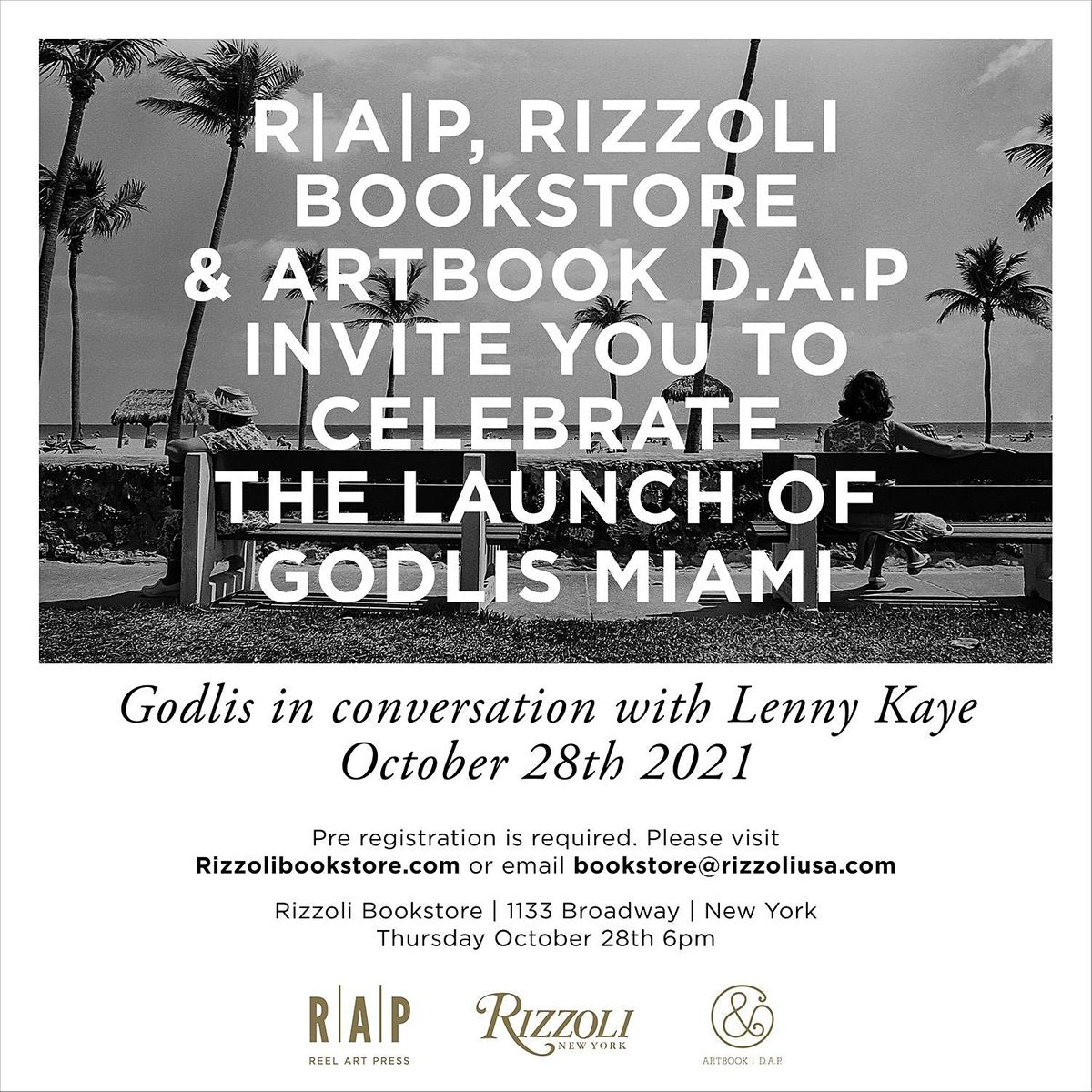 Please join us for an in-person event with photographer David Godlis in conversation with writer Lucy Sante, celebrating the publication of "Godlis Miami", published by Real Art Press.

In-person events will be presented to a fully vaccinated audience at full capacity. All attendees are required to wear masks. All patrons over the age of sixteen will be required to show proof* of having completed the COVID-19 vaccination series at least 14 days prior to the date of the event.

*Proof of vaccination will be defined as either an original vaccination card or an Excelsior Pass.

Registration will be required.

In January 1974, David Godlis, then a 22-year-old photo student, took a ten-day trip to Miami Beach, Florida. Excited to visit an area he had frequented a decade earlier as a kid, Godlis set his sights on an area of art deco hotels, a Jewish retiree enclave on the expansive beaches facing the Atlantic Ocean. These retirees, all dressed up in their best beach outfits, would spend their days on lounges and lawn chairs, playing cards amid the sunshine and palm trees.

Godlis shot 60 rolls of black-and-white film in just ten days, making his way up and down the beaches, photographing what he didn’t know then was essentially the end of an era. The area he photographed in 1974 is now the infamous South Beach. This volume reproduces this account of a vanished Miami Beach for the first time.

David GODLIS (born 1951 in New York City), is one of the most seasoned and important street photographers of his generation. The veteran artist picked up his first camera in 1970, becoming enamored with the street work of Robert Frank, Diane Arbus, Garry Winogrand, and Lee Friedlander, amongst others. Godlis stumbled into the burgeoning punk scene at CBGB on the Bowery in the mid 1970s. And after seeing Brassai’s photographs of Paris in the 1930s, he began to photograph that scene with long handheld exposures under the Bowery streetlights. It was this technique that secured now-iconic grainy black and white photographs of the 1970s punk bands at CBGB, including The Ramones, Television, Richard Hell, and Blondie, documented in his first book History Is Made At Night. From the late 1980s until today he has been the unofficial official photographer for the Film Society of Lincoln Center, covering the New York Film Festival for the last 30 years. Meanwhile, he continues to document the streets of New York. His book Godlis Streets was named one of Best Art Books of the Year in 2020 by The New York Times.

Lucy Sante is the author of Low Life, Evidence, The Factory of Facts, K*ll All Your Darlings, Folk Photography, and most recently, The Other Paris. She translated Félix Fénéon’s Novels in Three Lines and has written introductions to several other NYRB Classics, including Classic Crimes by William Roug­head and Pedigree by Georges Simenon. A frequent contributor to The New York Review of Books, she teaches writing and the history of photography at Bard College.

You may also like the following events from Rizzoli Bookstore:

Tickets for GODLIS MIAMI BY DAVID GODLIS - IN PERSON EVENT can be booked here.