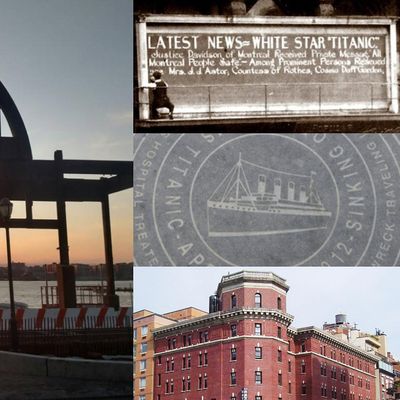 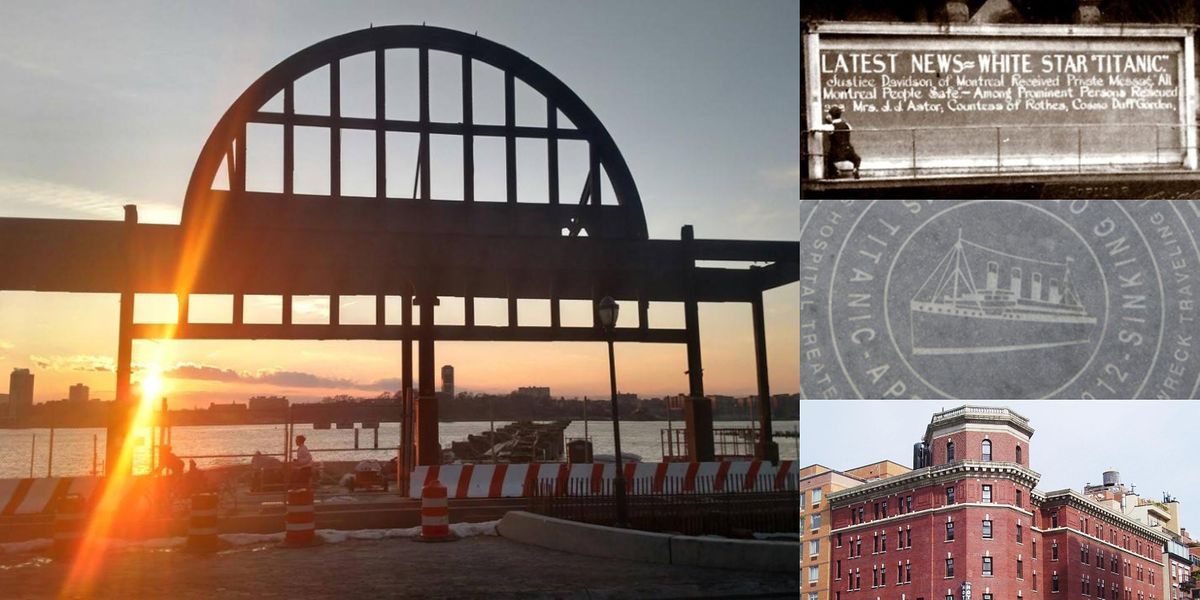 Had she not collided with an iceberg in the Atlantic Ocean, the RMS Titanic would have arrived at New York City's Pier 59 on April 17, 1912 — capping off the maiden voyage of what was hailed as "The Greatest Ship in the World." While the tragedy surrounding the voyage itself has been memorialized in books and television, the events surrounding the New York City part of the tale are less well-known. It's time to hit the streets of Manhattan and uncover New York's connection to the "Most Famous Shipwreck Ever."

Join New York Adventure Club as we navigate through parts of Lower Manhattan and explore New York locations that have a direct connection with the Titanic, from where survivors and victims worked, prayed, and lived; to memorials and dedications hiding in plain sight.

Led by licensed tour guide and Titanic expert Dave Gardner, our custom trail through the Titanic's New York locales between Astor Place and Chelsea Piers will include:

*Please bring a water bottle and comfortable pair of shoes as we’ll be doing a lot of walking!

***In order to briefly enter one of the indoor locations on the tour, please bring your physical or digital proof-of-vaccination card as the venue requires it

New York Adventure Club
Follow Contact
About The Host: Adventure Club gives you insider access to the city’s best-kept secrets. We curate the most unique experiences in town, with a focus on history and storytelling. We show you a city you never knew existed, and offer a community you can’t live without.
Website Link: https://nyadventureclub.com
Are you the host?
Nearby Hotels Alamo / Astor Place Cube, 149-179 East 8th Street, New York, United States
Event details from Eventbrite Report a problem ?