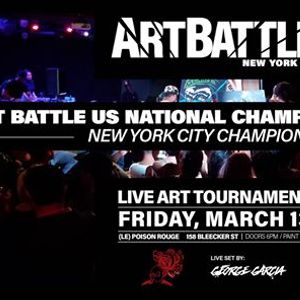 Join Art Battle New York for the most anticipated event of the season!

Regular season event winners and All Stars from NYC and Brooklyn return for their chance to become the 2020 NYC City Champion, and head to the National Championships in Texas! The best of the best compete with open materials to create their masterpieces in only 20 minutes. All works auctioned and (your) audience vote the NEW YORK Champion to move on to Battle against 14 other national finalists in April. The winner of that event heads to TOKYO to represent the US in October 2020.

Art Battle International live competitive painting series, connecting the amazing New York live painting community to the world. 12 artists compete in timed rounds of live painting, it’s a sizzling night of creation and celebration. The winners by audience vote move on to the Final round with a chance to qualify for New York City Championships and ultimately the US and International Finals. It’s a wild night, great music, paints flies and masterpieces are created before your eyes.
Art Battle is the story of Art, a one night party that goes from from blank canvas to beautiful creation. Artists have been coming together in NY Art Battle events since 2001, the movement has spread to more than 100 cities and 6 continents, with International Championships crowning the best live painter in the world.

Artists can apply to join the tournament at Artbattle.com - this event occurs on a monthly basis in New York and several cities across the country and the globe, come and be a part of the world’s largest live painting community, the best is yet to come!

You may also like the following events from (le) poisson rouge:

Get Tickets
Tickets from USD 15 to 20 on eventbrite.com 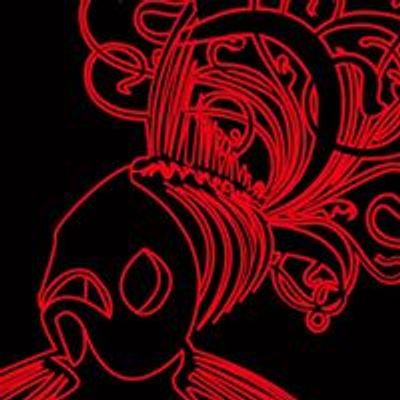