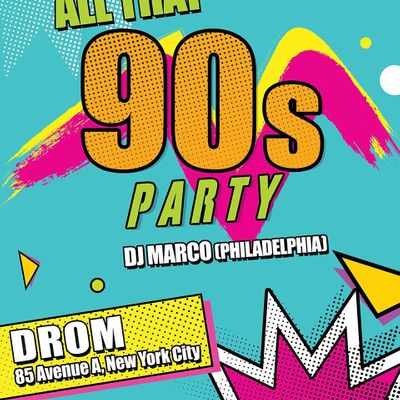 All That 90s Party 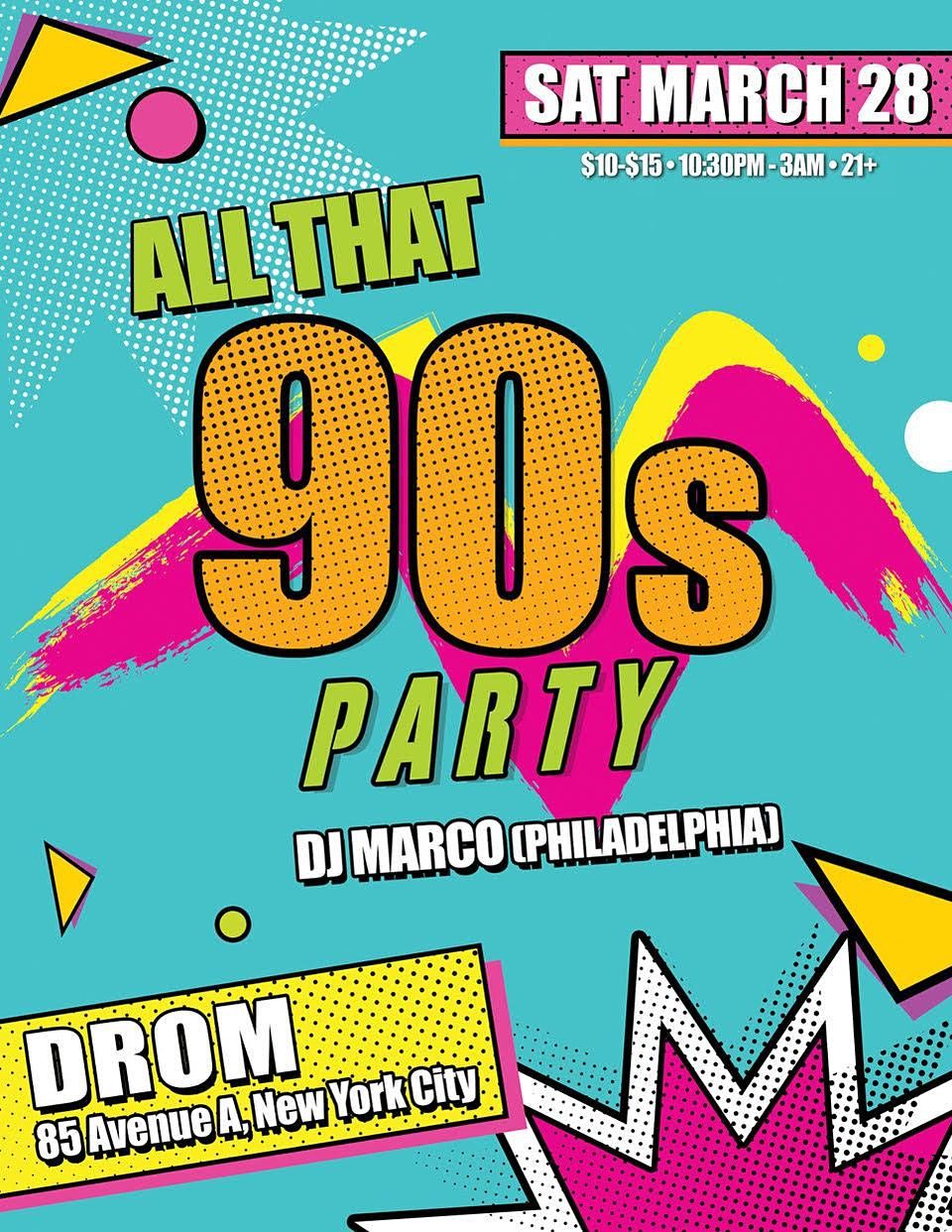 All That 90s Party

ABOUT DJ MARCO: Marco Rosario has hosted and thrown numerous 90s parties along the east coast. Aside from providing tons of energy into every event he does, his musical knowledge and background makes for an incredible and eclectic mix for All That 90s Party. From the crowd interactions to making musical memories for every party goer, DJ Marco looks to provide the soundtrack for your experience whenever the opportunity presents itself.

From jazz and rock to electronic, soul & funk to hip-hop and international music DROM prides itself on presenting fresh new sounds and introducing new talent to the always invigorating NY live music nightlife. “New York’s premiere venue for world music” (Wall Street Journal) is located at 85 Avenue A between 5th St. and 6th St. in the heart of East Village and has a wide and eclectic selection of music programming throughout the week. Drom also features a bar, kitchen and lounge area in addition to the main space making it easy to scale the room depending on your occasion. From seated shows to late night DJ events, there is a little something for everyone at Drom.

for 10% off shows, food, beverages and more!

Tickets for All That 90s Party can be booked here. DROM
Follow Contact
About The Host: Located in the trendy and bohemian East Village, DROM is lower Manhattan’s best kept secret. We combine the curatorial vision of a performing arts organization with the soul of a downtown lounge.
Website Link: http://www.dromnyc.com
Nearby Hotels DROM, 85 Avenue A, New York, United States
Event details from Eventbrite Report a problem ?