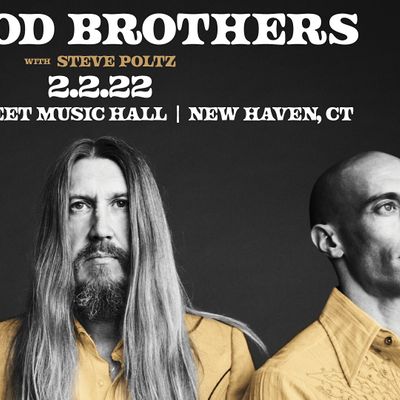 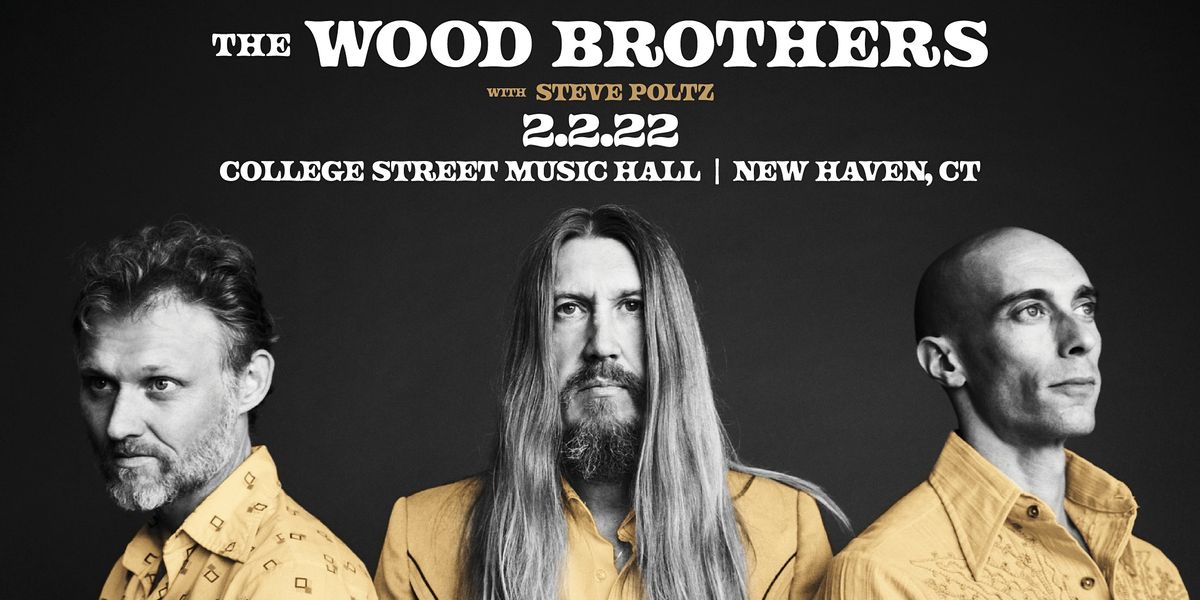 This event is General Admission Standing Room on the Floor and Reserved Seated in the Balcony.

$1.00 per ticket sold will go towards Artist Charity.

The Wood Brothers didn’t know they were making a record. Looking back, they’re grateful for that.

“If we had known, we probably would have been too self-conscious to play what we played,” reflects bassist/vocalist Chris Wood. “At the time, we just thought we were jamming to break in our new studio, so we felt free to explore all these different ways of performing together without worrying about form or structure. It was liberating.”

Recorded live to tape, those freewheeling, improvised sessions became a vast pool of source material from which The Wood Brothers would go on to draw ‘Kingdom In My Mind,’ their seventh studio release and most spontaneous and experimental collection yet. While on past records, the band—Chris, guitarist/vocalist Oliver Wood, and drummer/keyboardist Jano Rix—would write a large batch of songs and then record them all at once, ‘Kingdom’ found them retroactively carving tunes out of sprawling instrumental jam sessions like sculptors chipping away at blocks of marble. A testament to the limitless creativity of the unharnessed mind, the record explores the power of our external surroundings to shape our internal worlds (and vice versa), reckoning with time, mortality, and human nature. The songs here find strength in accepting what lies beyond our control, thoughtfully honing in on the bittersweet beauty that underlies doubt and pain and sadness with vivid character studies and unflinching self-examination. Deep as the lyrics dig, the arrangements always manage to remain buoyant and light, though, drawing from across a broad sonic spectrum to create a transportive, effervescent blend that reflects the trio’s unique place in the modern musical landscape.

“My brother came to this band from the blues and gospel world, and my history was all over the map with jazz and R&B,” says Chris, who first rose to fame with the pioneering trio Medeski Martin & Wood. “The idea for this group has always been to marry our backgrounds, to imagine what might happen if Robert Johnson and Charles Mingus had started a band together.”

‘Kingdom In My Mind’ follows The Wood Brothers’ most recent studio release, 2018’s ‘One Drop Of Truth,’ which hit #1 on the Billboard Heatseekers Chart and garnered the band their first GRAMMY nomination for Best Americana Album. NPR praised the record’s “unexpected changes and kaleidoscopic array of influences,” while Uncut hailed its “virtuosic performances and subtly evocative lyrics,” and Blurt proclaimed it “a career-defining album.” Tracks from the record racked up roughly 8 million streams on Spotify alone, and the band took the album on the road for extensive tour dates in the US and Europe, including their first-ever headline performance at Red Rocks, two nights at San Francisco’s legendary Fillmore (captured on their 2019 release, ‘Live At The Fillmore’), and festival appearances everywhere from Bonnaroo to XPoNential.

Throughout over three decades in music, Steve Poltz did it all and more—often shared by way of his rockin’ countrified folk slices of sardonic Americana (hatched in Halifax). Of course, he co-wrote Jewel’s multiplatinum Hot 100-topping megahit “You Were Meant For Me,” but he also went on a whale watch with her and a few federales that turned into a drug bust. The two still share the story at every festival they play together. He made his bones as the frontman for underground legends The Rugburns, who burned rubber crisscrossing the continent on marathon tours and still pop up once in a while for the rare and quickly sold out reunion gig.

In 20 years since his full-length solo debut, One Left Shoe, he blessed the world’s ears with twelve solo records, spanning the acclaimed 2010 Dreamhouse and most recently Folk Singer in 2015. NPR summed it up best, “Critics and fans alike now regard Poltz as a talented and prolific songwriter.” By 2016, he survived a stroke, endured anything the music industry could throw at him, and still performed like “280 days a year.”

However, he still never lived in Nashville, which represents a turning point in the story and the genesis of his 2018 Compass Records debut, Shine On…

“My girlfriend Sharon sold the condo we were living in, and I was ready to live in a van, which seemed like a good idea for one night—then I decided I wanted a kitchen and a closet,” he admits. “Sharon wanted to move to Nashville, because she thought it would be good for me. It caused a huge fight. I’d been in San Diego since 1980, and that’s where I cut my musical teeth. I thought I’d never leave. In fact, at the height of our fight, I said, ‘I’m not leaving San Diego. I am San Diego!’ This makes me laugh now. As soon as I got to Nashville, I immediately knew I wanted to make a record in ‘Music City’.”

So, the man who once protested “I am San Diego” made Shine On in his new home of Nashville with one of its elder statesman behind the board, Will Kimbrough [Emmylou Harris, Rodney Crowell]. Holing up in the studio at Kimbrough’s house, nothing would be off limits. Together, they unlocked the kind of creative chemistry you only hear about in band bios—but for real.

“I respect Will so much, and I’d always wanted to work with him,” says Steve. “Like two mad scientists, we just took our time and had fun. We didn’t overthink things. Everything felt organic. We ate soul food and drank lots of really good coffee. We tried out weird sounds, and the songs always started with voice and guitar—no click track, just how I’d play them. I road tested many of them, and they were ripe for the picking when recording time came around.”

Evoking themes of “hope, love, contemplation, celebration of Wednesday, pharmacists, and the fact that windows are not inanimate objects and they sometimes have conversations with each other,” the record represents Steve at his most inspired and insightful. The opener and title track “Shine On” pairs a delicate vocal with lithely plucked acoustic strings as he urges, “Shine on, shine on.”

“The song was a gift,” he recalls. “I woke up really early in Encinitas, California at Sharon’s sister’s house. The sun was just coming up. I was all alone in perfect solitude. My guitar was there. The sky was gorgeous. I wrote it as a poem. Everyone always told me, ‘Never start a record with a really slow song.’ So, seeing that I have O.D.D. (Oppositional Defiance Disorder), I started my record with one. I love the mood it sets. It’s almost like my mission statement, trying to find some semblance of positivity and light in a sometimes ruthless world.”

On “Pharmacist,” rustling guitar and harmonica propel a tale of “this dude having a crush on his pharmacist.” It also serves as an extension of his friendship with neighbor Scot Sax—with whom he shares the podcast “One Hit Neighbors” (since they’ve both had one hit song). Meanwhile, he joined forces with Molly Tuttle on “4th of July,” which, of course, came to life on the 3rd of July. “Ballin On Wednesday” drew its title and chorus from a diner checkout girl (with a super cool gold tooth) who Steve paid with a $100 bill and she replied, “Oooh, ballin’ on a Wednsday.” The finale “All Things Shine” skips along on sparse instrumentation as Steve sends a message.

“‘All Things Shine’ came about after one of the many mass shootings on this planet,” he sighs. “I was feeling overwhelmed. So, I wanted to put my feelings into words and melody. I was thinking that even if we’re feeling hopeless that there is still beauty. All things shine in their own way.”

Who could contend that?

In the end, for everything you can call him “searcher, smartass, movie freak, lover of technology, news junkie, baseball fan to nth degree, lapsed catholic who still believes in god even though all his friends are atheists and think he’s an idiot, and maker of fun,” you might just call Steve that little light in the dark we all need in this day and age.

“I hope Shine On makes listeners smile and feel welcome, and they want to share it with their friends,” he leaves off. “Music means energy to me. All things. It connects us, makes us move, helps us relax, and inspires us to change things up.”

Tickets for The Wood Brothers can be booked here.