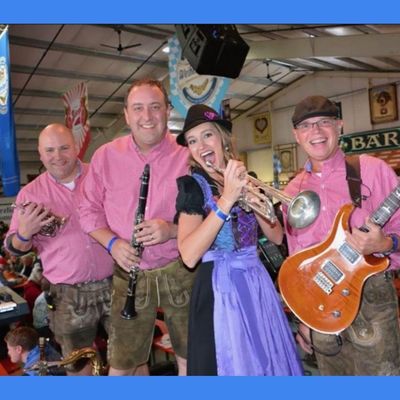 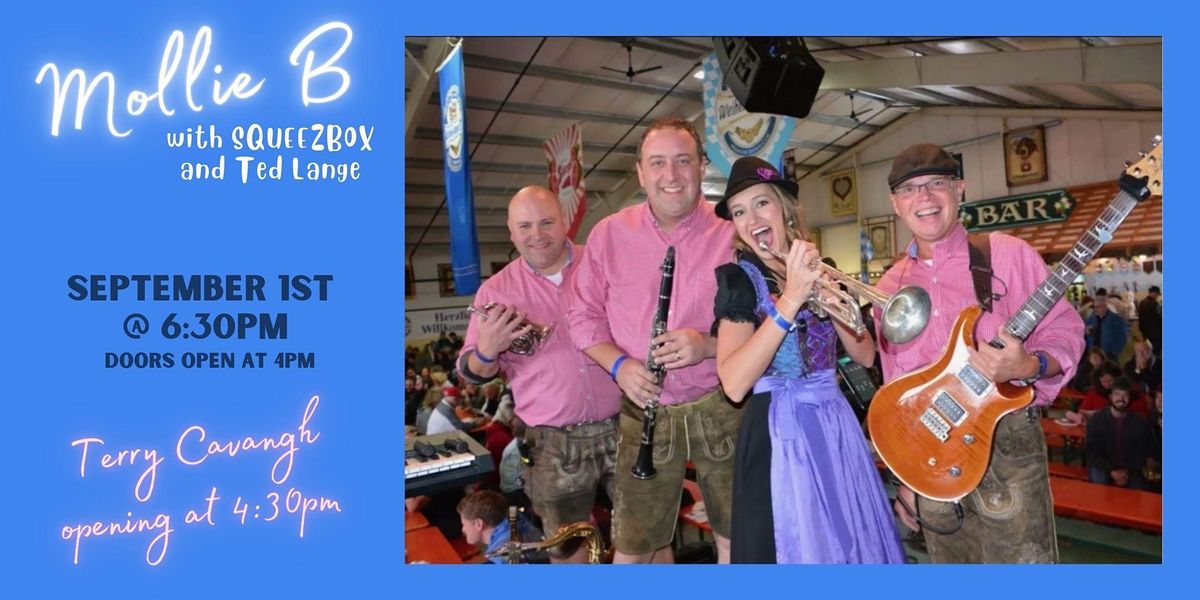 Mollie B & Squeezebox with Ted Lange will be at Krause's Cafe & Biergarten in New Braunfels, Texas on Thursday, September 1st!

Concert begins at 4:30pm with Terry Cavanagh of The Alpine Express

Doors open at 4pm with open seating in the Biergarten (beer garden).

Early Bird tickets available now! Price is subject to change. Children 2 and under are free.

“Mollie B & SQUEEZEBOX with Ted Lange” is a collaboration of award-winning musicians with extensive performance backgrounds, and is led by National TV and recording star, Mollie B, and 2-Time Grammy Nominee Ted Lange. Performing several engagements a year all across the United States, they're able to accommodate requests that bridge generations, nationalities, and musical styles.

Mollie & Ted are the first and only husband and wife to be both inducted into the International Polka Association Hall of Fame. They also host one of the only two polka shows on Sirius XM. And since March of 2020, their YouTube popularity has grown due to their weekly Tuesday night show.

Mollie was just inducted into the Minnesota Music Hall of Fame. She is the host of the popular “Mollie B Polka Party” on RFD-TV, which is currently broadcast to over 48 million households via DISH Network, Direct TV, and over 600 independent cable systems. Also, Mollie B has been named Female Vocalist of the Year by the United States Polka Association and the International Polka Association multiple times. The popular “Mollie B Christmas Special” has received rave reviews and received many awards. Squeezebox has to date released four highly regarded recordings that have garnered “Best Of” awards from various organizations and Squeezebox has been named one of the top 5 performing polka bands in the nation several times by the “247PolkaHeaven.com People’s Choice Awards.”

In addition to being featured many times on the Mollie B Polka Party, the band has also written a song for and appeared in the latest Clint Eastwood film, “The Mule.”

Tickets for Mollie B with Squeezebox & Ted Lange can be booked here.