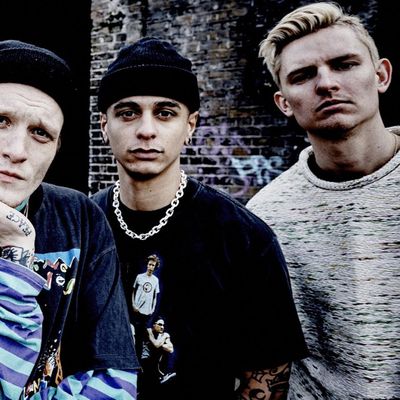 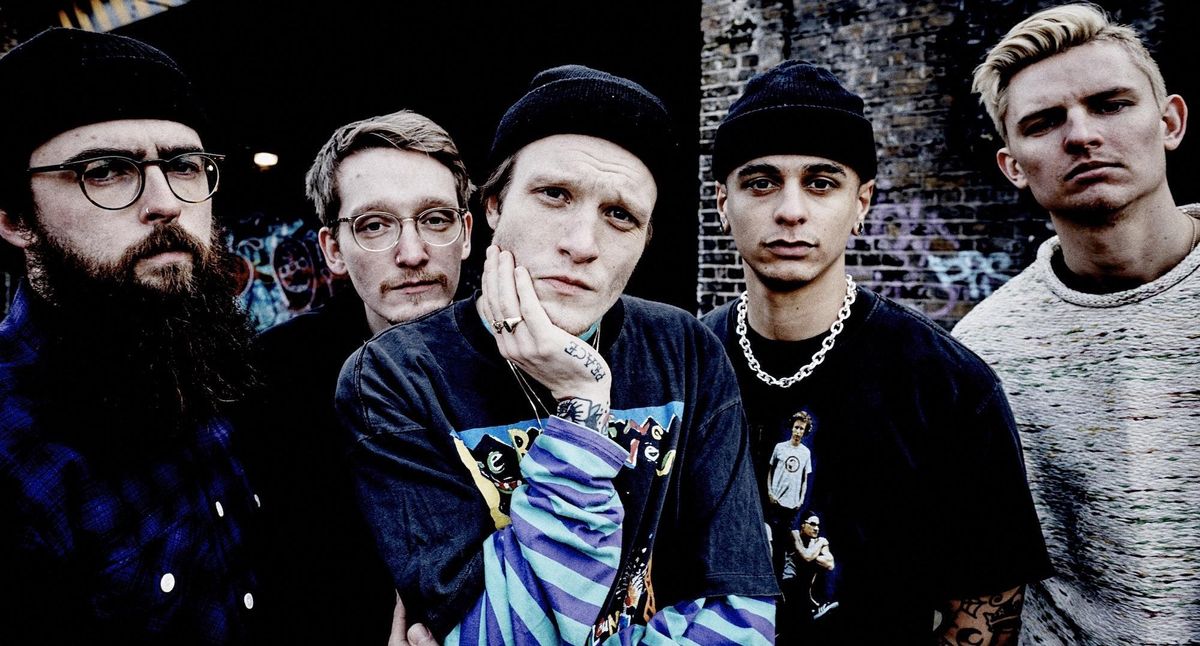 On the heels of the trio of records that turned them from underground heroes to breakout stars, All Distortions Are Intentional - out July 24th, 2020 - is the biggest and boldest step yet in the creative evolution of Neck Deep. An immersive experience from start to finish, Neck Deep’s fourth album is both a conceptual journey and straight-ahead banger, track after track. It’s polished yet raw, layered but catchy as hell. It’s a shoot-for-the-stars sonic reckoning, further proving this band’s instinctual DIY ethos has paid off once again.

Less than ten years into their career, the Welsh quintet have been hailed as “future festival headliners” and “best live band” in the press, their international accolades solidifying them as the UK’s biggest alternative rock export since Bring Me The Horizon. 2015’s Life’s Not Out to Get You album cracked the Top 10 on both sides of the Atlantic, whilst 2017’s The Peace and The Panic debuted at No. 2 in America and No. 4 in their native UK. Handpicked in 2019 as main support to blink-182 and Lil’ Wayne on a hugely popular summer arena tour, Neck Deep have firmly established themselves as figureheads for a new generation of thoughtful, authentic young rock acts.

All Distortions Are Intentional leans hard into the storytelling tropes of classic rock, the attitude of vintage punk, and a healthy dose of modern, heavy crunch with renewed vigor and purpose. Unrestrained by preconceived notions of subgenre, Neck Deep have built a mountain on their remarkable foundations, with new tracks like “Lowlife”, “Fall”, and “When You Know” as readymade for singalongs in sweaty clubs and open-air festivals as they are long car rides and late nights.

No mere collection of songs, All Distortions Are Intentional is conceptually rich, with themes of disconnection, existential confusion, and the search for meaning. The album tells the story of a loner named Jett, who lives in a place dubbed Sonderland, a combination of “Wonderland” and the somewhat obscure word “sonder”: the realization that each random passerby is living a life as vivid and complex as your own, with their own ambitions and worries. “It’s that strange existential realization that you are not the entire world,” explains singer Ben Barlow. “Everyone around you feels and lives the same way that you do. You’re just an extra in their story.”

The album’s protagonist feels disconnected and disillusioned, until he falls in love with a girl called Alice. But even this new relationship brings its challenges; Jett is a victim of limerence - the only thing he loves about the world is this person. The songs explore Alice’s view of Jett, as well, as a story unfolds that is ultimately about the importance of meaning and purpose for each and every individual. As Barlow shares, “Modern music is so much based around ‘the single’ and writing a record isn’t held in nearly the same regard as it used to be.”

“All Distortions Are Intentional presents a whole story, where there is meaning from every angle of it,” the singer continues. “All of our records have their themes, but I wanted to create characters, scenes, a world, and have it mean something in the real world, too.”

All Distortions Are Intentional is a journey of self-discovery and personal expression not unlike the rise of the band itself. Neck Deep leapt from side project to fulltime band in 2012, after a single track online led to a pair of EPs followed by a deal with Hopeless Records. They struck a chord with a burgeoning audience, quickly heralded as leaders of a resurgence in hook-heavy punk, with an immediate accessibility and fun attitude combined with genuine concern for issues like loneliness, depression, and anxiety. The instant relatability of the band’s songs and overall approachable attitude endeared them to a new and incredibly passionate generation, with devotion to rival the biggest titans of melodic rock.

Grammy nominated A-list producer Matt Squire (Panic! At The Disco, Underøath, Ariana Grande, One Direction) lent his sizable talents and experience to the band for album four, unlocking an organic lack of inhibition in the studio. To create ADAI, Squire and Neck Deep tucked themselves away at world famous residential studio Monnow Valley, in the gorgeous but remote Wye Valley in the heart of the band’s native Wales. The decision to create the album ‘at home’ was an important one; on the eve of what’s certain to be Neck Deep’s greatest exposure to the world yet, it’s a grateful and decisive acknowledgment of where they’ve come from, both literally and figuratively.

Meanwhile, Ben’s brother and longtime ND collaborator Seb Barlow handled the album’s gargantuan mix, a process that saw him grow so close to the material that he formally joined the band as bassist at the completion of the process.

All Distortions Are Intentional marks Neck Deep’s arrival as an arena-confident band, with their global touring schedule for 2020 including headline shows at London’s prestigious Alexandra Palace and Cardiff Motorpoint. Having mastered all of the strengths of the scene that birthed them, Neck Deep have evolved to this next stage, and as their crowds grow larger, it’s clearer than ever just how much their “shitty little band” has come to mean to people.

Moreover, ADAI marks an epiphany of true self-belief for its creators: “Everyone wants to be seen as good at what they do, as creative, interesting, ambitious,” Ben asserts; “That’s what we wanted, for people to see that we are more than just some guys in a band. We truly lived and breathed this album, and wove unique perspectives, storytelling, and ideas into its fabric. We have crafted a sound that is ours, it is totally, unapologetically Neck Deep.”

The “biggest band you’ve never heard of” has stepped onto the world stage, but it won’t be long before that adage is a distant memory. 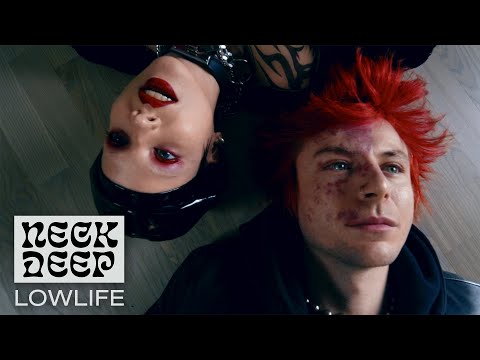 Absolutely no refunds - no exceptions. Lineups and times are subject to change. Any ticket suspected of being purchased for the sole purpose of reselling can be canceled at the discretion of Marathon Music Works and/or Eventbrite. Valid government-issued photo ID required for entry to age-restricted events. Tickets available at the door (if not sold out). No re-entry. Physical tickets available at the box office.

You may also like the following events from Marathon Music Works:

Tickets for Neck Deep [NEW EVENT LINK BELOW] can be booked here.