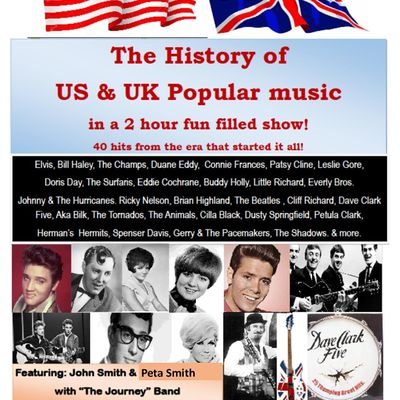 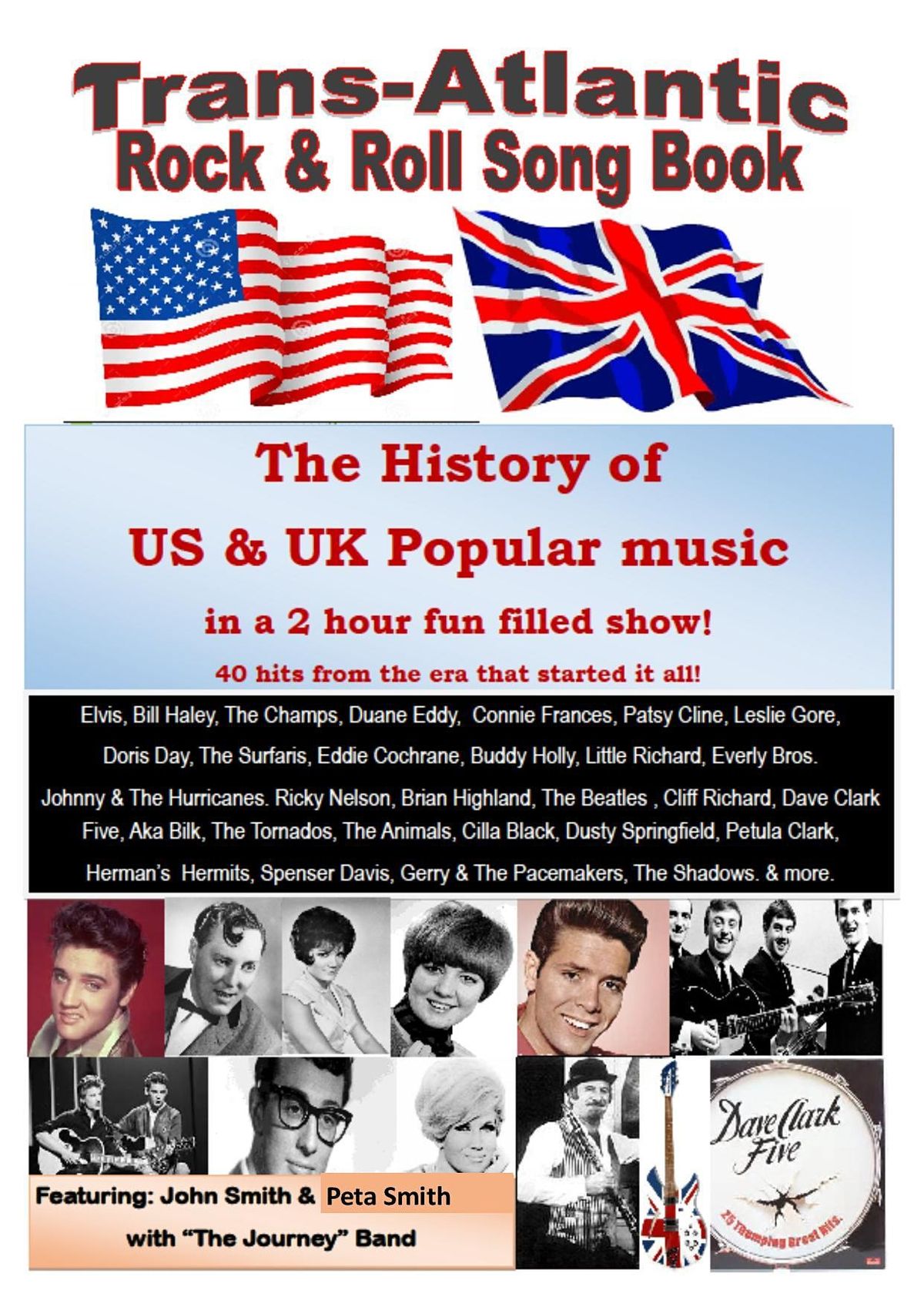 Rock and roll is a genre of popular music that originated in the United States during the late 1940s and early 1950s.

The style is a combination of African-American blues, boogie woogie, jump blues, jazz & gospel, along with Western swing and Country music.

Although elements of rock and roll can be heard in blues recordings from the 1920s, and in country records of the 1930s, the genre didn’t acquire its name until the 1950s.

The initial response of the British music industry was, to attempt to produce exact copies of American records, but this changed in1958, when Britain produced its first "authentic" rock and roll song and star, as Cliff Richard and the Drifters reached number 2 in the charts with “Move it”.

Following this success, a flood of guitar based bands formed in Britain. This led to the music of many British groups, including The Beatles, have their music travel back across the Atlantic in a period which came to be known as The British Invasion.

Perform hits from the early US stars.

Included are songs from the girls that started it all— From “Connie Francis”, to “Patsy Cline”, & more.

Then there’s the Twangy Guitar of “Duane Eddy”, The raging tenor saxophone of “The Champs”, the Farfisa organ of “Johnny & The Hurricanes”, the trumpet of “Herb Alpert”, the Surf Guitar of “The Chantays” & “The Surfaris“ & that’s just in the first half.

The second half starts with a “Beatle Classic” before stepping back to the start of British pop with Cliff’s Richard’s “Move it”.

These include songs by “Dave Clark Five”, “The Spenser Davis Group”, “Herman’s Hermits”, “The Animals”

Also featured are the instrumental hits of & including “The Tornados” “Telstar”, “Aka Bilks” “Stranger on the Shore”,

Mixed these great hits with a story line, plenty of “one liners”, a fabulous band with 3 piece horn section, audience participation, costume change & some great arrangements & you will travel across the Atlantic on a night of musical memories!

Tickets for The Transatlantic Rock N Roll Song Book can be booked here.