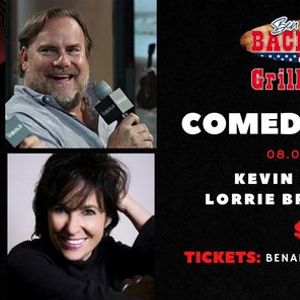 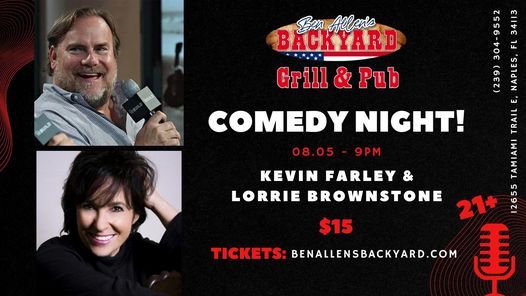 About Kevin Farley:
Kevin Farley is a stand-up comedian, actor, filmmaker and podcaster.

Kevin has starred in films such as Black Sheep (with his brother Chris) and The Waterboy (with Adam Sandler), and leading roles in An American Carol and White Knight. He has also made guest appearances on Curb Your Enthusiasm, Rules of Engagement, Just Shoot Me and Comedy Central’s Drunk History to name a few.

You may also like the following events from Ben Allen's Backyard Grill & Pub: