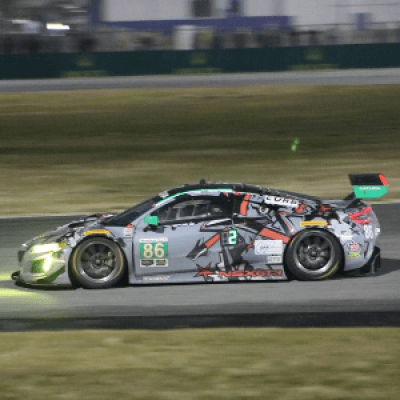 24 Hours of Daytona: The 2019 IMSA championship season kicks off this weekend with a motorsport classic, the Daytona 24 Hours.

There are 4 Ferraris (NYSE:RACE) are set to start, 1 in the GTLM class, 3 in the GTD class.

GTLM: In the GTLM class, Risi Competizione is back on track after a difficult Y 2018. The 488 GTE #62 will be in the hands of a Top ranking crew of official Ferrari drivers.

James Calado and Alessandro Pier Guidi, usually involved in the WEC in AF Corse #51, are joined by Davide Rigon, driver of #71, and Miguel Molina, who won 2 European Le Mans Series races in 2018 for JMW Motorsport and has already raced 2X in the 24 Hours of Le Mans in car #71.

For Pier Guidi, who won in the GTD class in Y 2014, and Rigon it will be their 6th entry, while Mr. Calado will line up for his 4th start and Mr. Molina his 2nd.

GTD: 3 488 GT3s will appear in the GTD class. An experienced crew with all the skills to do well will take the wheel of Scuderia Corsa #63. The winner of the 2018 Petit Le Mans, Cooper MacNeil, teams up with official GT racing driver Toni Vilander, Dominik Farnbacher and Jeff Westphal.

It will be Mr. MacNeil’s 9th start at Daytona, Vilander’s eighth, Westphal’s fifth and Farnbacher’s 14th.

Another official Ferrari driver, Andrea Bertolini, will be in the 488 GT3 # 13 of Via Italia team. The Brazilians Francisco Longo, Marcos Gomes and Victor Franzoni will join him. It will be Mr. Bertolini’s 5th appearance, Longo and Gomes’s 3rd, and Mr. Franzoni’s debut.

Paul Dalla Lana, Pedro Lamy and Mathias Lauda, race in the WEC with an Aston Martin, but will make their 2nd start in the 24 Hours at the wheel of a 488 GT3.

The Brazilian Daniel Serra, very fast in the dry, will try to help his crew-mates achieve a great result. Dalla Lana is the most experienced of the group with 9 outings, followed by Mr. Lamy with 8, Mr. Serra with 5 and Mr. Lauda with 4.

Ferrari has 10 wins to its name at Daytona, also counting class victories. The 1 st came in 1966 with Jack Slottag and Larry Perkins in 250 GTO (in the 3-litre Sports car class), while the last was in Y 2014 in the GTD class with the 458 Italia GT3 of Level 5 Motorsport driven by Townsend Bell, Bill Sweedler, Jeff Segal, Scott Tucker and Alessandro Pier Guidi.

24 Hours of Daytona Live,The Rolex 24 At DAYTONA is packed with fun activities that make for a truly iconic 24 hours. Here’s a list of a few things for you to do to help you get started! Complete List.

Something new in 2019 is that the Rolex 24 Hour race will feature the entire field riding on new Michelin tires as part of a new multi-year partnership between IMSA and the global tire brand, which also includes exclusive-supplier status for what now is known as the IMSA Michelin Pilot Challenge and the IMSA Prototype Challenge.

Similar Events in & around Mohawk 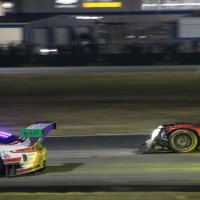