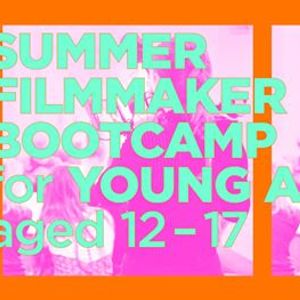 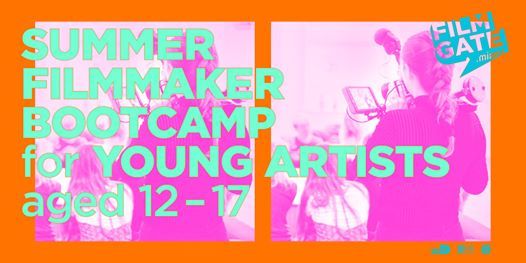 Calling all young filmmakers, actors, and writers!
FilmGate Miami returns with our successful summer program to teach young artists the art of visual storytelling.
This two-week day camp is a crash-course in all skills related to the creating of media content and telling great visual stories. Young artists will learn how to write short scripts, how to operate professional cameras, how to direct actors and edit a scene. Students will learn from accomplished filmmakers, writers, and teachers from all over the world and take the first steps on their journey as artists and filmmakers.

Students will graduate with a completed short film to use for their portfolios.

They can take both sessions or just one. It will not be repetitive.

Classes run Monday through Friday, from 10 AM through 4 PM, in two sessions (July 15th- July26th and August 3 -August 14th). Students will work with experienced instructors and speakers and take part in exercises that involve watching movies, writing, learning through hands-on exercises and of course, creating their own movies. Breakfast and lunch are included in the price.

This class will focus on education, training, and having fun! Students will have plenty of time to gain experience with state-of-the-art equipment and editing software, and become fluent in the language of film.

This camp is composed of two sessions, each involving 10 days of classes. Students will meet renowned South Florida filmmakers, learn from local industry professionals, and develop, shoot, and edit their own short films that will be screened at the Silverspot Cinema! Students will take the first step on their filmmaking journey, gaining valuable experience and insight that will serve them for years to come!

Sessions A and B will both involve a focus on producing a short film. However, students are encouraged to attend both sessions if they want further practice and a whole new film to put on their reel! Speakers, instructors, and assignments will differ between sessions.

Pezhman Jatala, Program Manager of the Film Production Technology Program at Broward College, is a filmmaker and educator with twenty-five years of experience in the field. In addition to working as a faculty member at various colleges in South Florida over the last eighteen years, Pezhman has produced, directed, edited or directed the photography of numerous short films, documentaries and feature films, including Ti Laurent (2014) and Scooter (2018). Pezhman Jatala earned his MFA from the Florida State University Film School, worked on various feature films while working in Los Angeles, and worked as a producer and editor in network television. Pezhman launched the Film Production Technology Program at Broward College in August of 2015, and is excited have built the program around the application of the most current techniques and technology of filmmaking.

Giovanni Fabietti is an internationally-recognized cinematographer whose credits include producing commercial video content for brands such as Western Union, Phillip Morris, Coca Cola, Kellogg’s, and Kodak. He has also photographed numerous documentary shorts and features in Italy and Central America as well as the 2008 feature film "Looking for Palladin". In addition, Giovanni has worked with McCann-Erickson, ABC News, and Cineworks Laboratory. He is also a former owner of audiovisual production house Cinepro, serving AD agencies in South Florida and Latin America for over thirty years. Giovanni has taught cinematography at the New York Film Academy South Beach and Escuela de Comunicación Mónica Herrera in Central America.

We are not-for-profit collective for filmmakers and actors that promotes filmmaking and film appreciation across South Florida. Our events such as the FilmGate Interactive Media Festival and the Filmgate Short Film Festival monthly film festival have received national media attention and attract artists and attendees from cities across the world. Our specific goals include bringing more film jobs to Florida, supporting interactive and traditional content creators, and fighting for gender parity in filmmaking. We are proud to be a cornerstone of the local film community.

This camp will be located at and around FilmGate's Downtown Media Center, a multimedia co-working space inside the historic Huntington Building.

-If driving to the Downtown Media Center, please park valet at the PK1 200 SE 2nd St. Tell the attendant you are with FilmGate, and bring us your ticket for validation. With validation, parking is just $5 for every 5-hour period.

You may also like the following events from FilmGate Miami:

Tickets for Summer Filmmaker Bootcamp for Young Artists - 2 Sessions can be booked here. 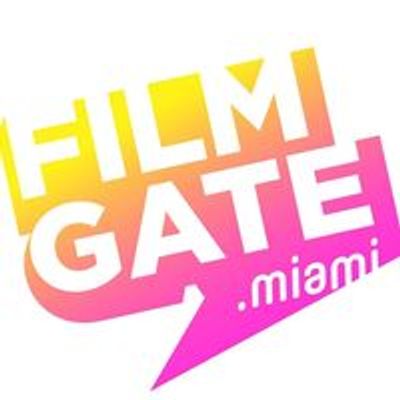