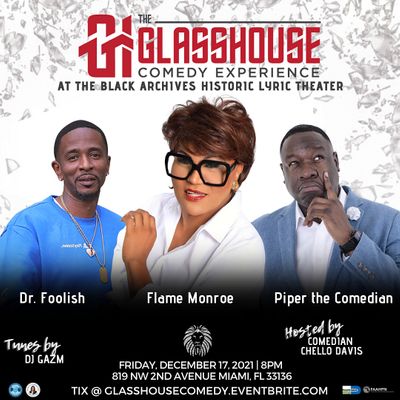 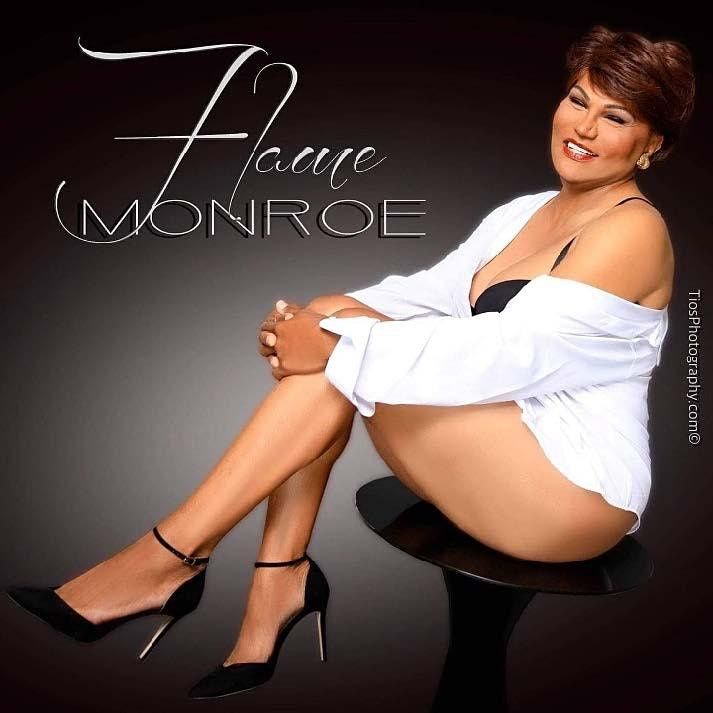 Looking for uncensored and uncut stand-up comedy, the Glasshouse is the place to be. SEASON TWO IS HERE!

WE ARE BACK! SEASON 2 KICK-OFF!

as seen on Tiffany Haddish Presents: They Ready on Netflix

Featuring the best comedic line-ups you will ever find together on one historic stage. The Glasshouse Comedy Experience features comedians from Def Comedy Jam, Comedy Central, Netflix, BET, P Diddy Bad Boys of Comedy, Amazon Prime, and even some of your best social media up-and-comers! We host them all, great and small! You will never know who will stop in on the Glasshouse on any given night in Miami.

The Glasshouse is where only the strongest comedians can throw rocks from a house of glass and survive.

MUST be 21 and older

So come and enjoy the only comedy experience in Miami that puts you up close and personal with some of the best national comedians on the grand historic Lyric Theater stage. You do not want to miss this, so grab a friend or two, and join us with laughter and drinks as we give you the medicine you need to get through this pandemic.

Seating is limited and assigned. COVID RESTRICTIONS APPLY! TEMPERATURE CHECK AND MASK ARE REQUIRED, SO COME EARLY FOR THE BEST SEATING.

SEATING IS SOCIALLY DISTANCED BASED ON THE NUMBER OF TICKETS BOUGHT AT THE TIME OF PURCHASE.

Comedy talent changes monthly and a show line-up may change without notice.

Flame Monroe, Host, Comedienne, Emcee and Actor, is an explosive and inspiring talent hailing from Chicago!

Flame’s introduction to audiences in the United States and abroad has been anything but traditional. With more than two decades honing the art of female impersonator in clubs across the Windy City and Midwest under her wig, the most challenging role has been that of single-parent to three academically gifted and creative children; Flame describes it as AM Dad/PM Drag!

Flame’s dynamic sense of style, flair, and storytelling earned her a featured spot in Tiffany Haddish Presents: They Ready on Netflix. Produced by Tiffany Haddish, Page Hurwitz, Wanda Sykes and Flame Monroe, the comedy special remains among the top streamed shows on Netflix since its premier in August 2019.

The energetic, hilarious and informative half-hour comedy routine touches on all things Flame Monroe: her past, her politics, her family and how she shows no signs of slowing down in her stilettos.

You may also like the following events from The GlassHouse Comedy Experience:

Tickets for FLAME MONROE LIVE AT THE GLASSHOUSE COMEDY EXPERIENCE @ THE LYRIC THEATER can be booked here.