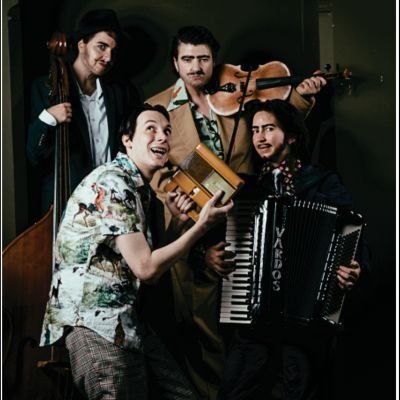 The Top Secret Violin Case' is a new original play by Sofia Chapman about an ambitious violinist in Romania during the dictator Ceausescu's communist regime. The Secret Police are gaining a toehold in the domestic sphere, examining every action of civilians and interrogating them to test their loyalties to the communist cause. An American Brad (Sasha Čuha) arrives on the scene, hoping to escape his American closet to roam free in Romania, or so he thinks. When he decides to learn Romanian folk music he must negotiate band politics and musicians' egos as well as the Secret Police who may interrogate him on other issues if they catch him...